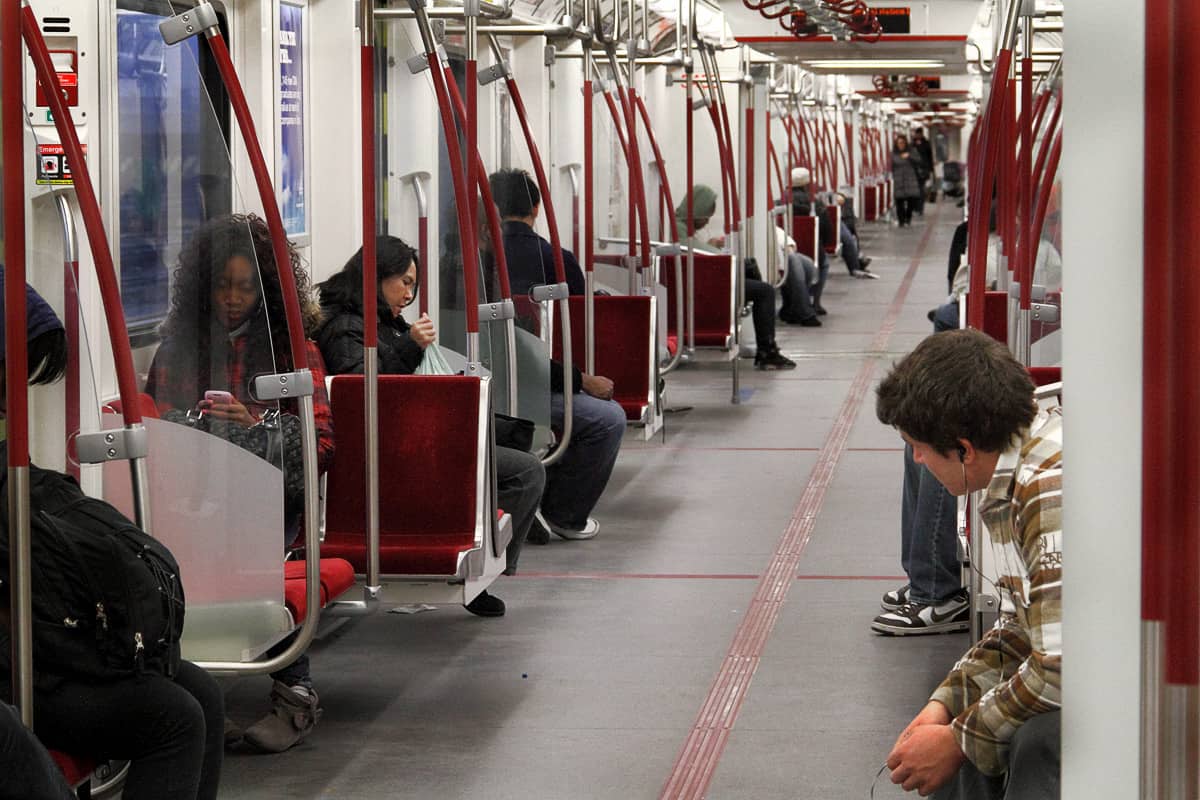 I Depend On The Kindness of Strangers

By now almost all Canucks have accepted the Most Polite trophy – but ours is a cold city.

Here in Toronto we do not meet the eyes of our civic counterparts, opting instead to gaze longingly at the rats weaving through metal circuitry in the belly of the TTC. Apartments and condos, the preferred quarters for most young professionals in the Big Smoke, have effectively made it impossible to get to know your neighbours in the traditional sense (read: I have heard very loud wails through the wall shared with my neighbour of two years during what sounded a lot like either sex, or a manatee being slapped by a buffalo, yet I have never seen his face).

In big cities, it is effortless to disengage. Toronto’s soul might be a half-veiled spectre – but it is genuine, and I have seen it.

For me, this spirit showed up on the day of my paternal grandfather’s funeral, at which I did not cry. Later, making the subway trip home alone, the tears came. Strangers either gawked, mouth agape, or avoided me from a 10-foot radius (as expected), save for one middle-aged, heavy-set, garden-variety passenger, who exhumed a matted clump of tissue from his pocket and handed it to me. That was it, he offered no solution nor pried for an explanation. I didn’t even care who this man was, nor where he (or his Kleenex, for that matter) had been. At that instant he was the most important person on the train, and I couldn’t even provide a token physical description of this anonymous white knight – his silhouette was filtered through a wet, saline blur.

The tissue was superfluous – it was the gesture that overwhelmed me.

Once, partway through a marathon Greyhound bus journey from Chicago to Toronto, the woman next to me offered — insisted, even — that I take her Clif bar as a snack, because the driver was running late and bypassing all pitstops and opportunities for sustenance. “I’m a mom, I always have a snack in my purse,” she explained, as if an afterthought; as if it was predestined.

Such customs and gestures set me off, akin to hooking a spigot to my tear ducts and letting hot globules of sorrow spill forth. Now, I rely on the kindness of strangers. I equally depend on my capacity to show compassion to strangers.

It is not unnatural for a hot spring to run cold after an earthquake. In my most vulnerable moments, it is humanity that has warmed me. So in troubling times I find myself asking for “a sign.” What I’m looking for is any indication that, when you step back, the mosaic is unmistakable, that I am one thread and you are the other; that there is some magic, a connection or design — it is in these brief moments that I glimpse my reflection.

2023: The Year I Will Finally Be Kind to Myself