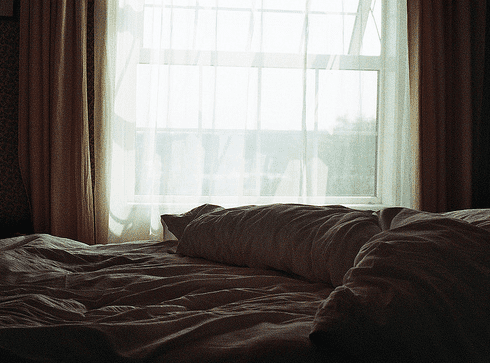 I Finally Had My First One Night Stand

A few nights ago, I had a one-night stand with a complete stranger. My first — but hardly a first for womankind.

Now before we go any further, dear reader, it’s important for you to understand something about me. I am a bonafide prude when it comes to anything even remotely sexual with strangers. It’s not that I’m not a sexual person per se, but I’m much more inclined to get my rocks off at home, alone, with a bottle of wine and a few passages from Anais Nin, as opposed to bringing any tangible, human lovers back to my apartment.

“You’re wasting your youth,” the matriarchs in my family would sagely warn. On the other hand, a girlfriend’s advice echoed in my head: “Do you.” I am quite content being my prudish self, but there is something to be said for experience — and as a writer who has recently weathered the ostensible quarter-life crisis, I want to live a newsworthy life, for better or worse.

At least, for one night.

Nestled at the bar, I chat with a couple I deduce must have been in their sixties, who tell me they drive in from Hamilton whenever this band has a gig in Toronto. It figures that with all of these strapping young male specimens flying solo at the bar (did that one just give me a come hither-look?), I gravitate towards the couple who have probably been married for longer than I have been on this planet. And not to be rude, but I was on a mission, so unless these two are interested in a three-way, I think to myself as the husband starts a jazz-is-more-of-an-experience-than-a-spectacle rant, skedaddle.

Slightly ruffled but undeterred, I order a veggie burger with extra cheese from the bartender. He puts it straight into a styrofoam to-go box, since it’s nearing closing time. I feel my hopes for a wild dalliance being swept away by one of the busboys weaving in and out of the stacked barstools.

Just as I’m about to call it a night, I’m surprised to see a fresh vodka soda in front of me. “From him,” the bartender says and nods towards the stage, where I turn to see the saxophone player smiling at me.

I’ll spare you the details. One thing led to another, and lucky me, this saxophone player happened to be from New York City and conveniently staying in one of the hotel rooms above The Rex. The sex wasn’t mind-blowing, but pleasant enough. Besides, this was more about me than it was about the act, or him. He was the supporting role to my play-acting. An accessory in my one-woman show.

After the deed, we exchanged pleasantries and I get redressed. I thank the jazz man for a nice time and say it was lovely to have met him (manners go a long way in this life, my father always said, and what a strange thought to have entered my brain under even stranger circumstances). I hastily scribble my number on a pad of paper by the bedside table, both of us knowing it’s all for naught, and leave, buzzing with accomplishment.

Heading down the steps to Osgoode station, cheeseburger to-go box in tow, I realize the doors are shuttered. Incredulous, I ask a group of college-aged guys nearby for the time.

“It’s like, 3 a.m.,” one of them says. “Shit,” I reply, and stand on the corner to hail a taxi. One of them ambles clumsily over to where I’m standing — he’s been drinking as much as I have, probably. He crushes a sweaty five-dollar bill into my hand, saying, “Here, I want you to have this.” Perplexed, I look to his friends for some explanation, who only nod encouragingly. “What for?” I ask. “I just, I just think you should have it,” he says. The kid shrugs and disappears into the taxi ahead of mine.

I start to get paranoid. Did he know? Did I have a scarlet letter embroidered on my dress or hovering above me in flashing lights? With the kid long gone in his cab, I jump on a mental soapbox and start a lecture about judgement and slut-shaming and how it’s 2014, let me live my life. Of course, really, there was no way he could have known the kind of night I had just had.

And, truly, he didn’t need to. That was for me. After my night at The Rex I felt incredibly liberated, in control and in touch with my body. I take comfort in the fact that I went for it. I don’t need to add to the gender war circus or get into the double standard women face when it comes to so-called promiscuity. The idea that a prolific sexuality is somehow shameful isn’t even worth considering because it’s 2014 and of course it’s not. Maybe the kid didn’t mean anything by it. Maybe he was drunker than I realized. I wish I could be as confident in my affairs as I know a good feminist should be, but I comfort myself with the knowledge that having doubts and making mistakes is seminal to sorting out the mess of being a woman, being this woman.

I get in the taxi and tell the driver my home address, as the role I’ve played tonight disappears — but not as quickly as that cheeseburger.