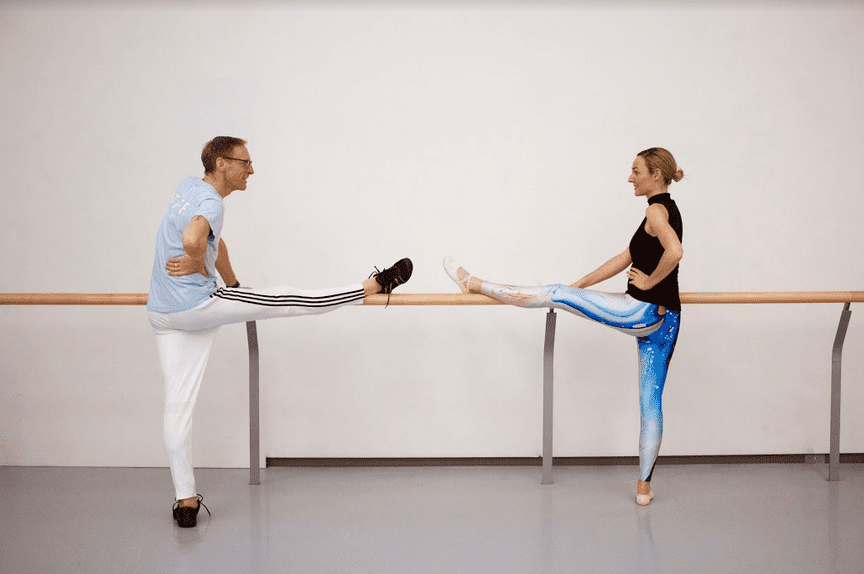 I Took Up Ballet And Here’s What Happened – Week 3: Feeding The Soul

My name is Bronwen and I am a night class addict. Spanish, photography, creative writing… you name it, I’ve taken the night class. My most recent nighttime educational foray has been into ballet, where I gained a lot more than I expected. I’d never done ballet before but, at the ripe old age of thirty, I took up a beginner’s ballet class at Canada’s National Ballet School.

I keep taking night classes to plug the many, many gaps in my knowledge. For instance, I took a photography class because I didn’t know how to use a camera properly despite spending three years in film school. I didn’t know how to conjugate Spanish verbs even though my mom moved our family to Spain in my teens. I took a creative writing class because I wrote half a novel before I realized I had no idea how to write a novel. And I joined a ballet class because I didn’t have any idea how my body worked or how ballet even happens. (I went to Sleeping Beauty last year and assumed the dancers’ bodies moved by magic alone.) So I was hoping to learn something new and maybe get my body into better shape in the process.

I am glad to say that after almost fifteen weeks in beginner’s ballet, I’m getting to know and understand my body in ways I never expected (read my post about it here), and I’ve certainly learned a lot of new skills. First position, second position, plié and stretch. I’ve learned how to hold myself with poise, how the muscles of the human body can work together to stunning effect and I’ve even, in a roundabout way, learned some French. It’s been a semester jam-packed with skill learning and exercise and for that I’m grateful.

What I am most thankful for, however, is something I was not expecting at all.

Many people are creatures of habit, but I take it to the extreme. I have used the same brand of ballpoint pen for five years. The first time I enter a public washroom, I pick a cubicle and will, without fail, use that cubicle every time I return. And I have been ordering the same brunch item (tofu rancheros, if you’re wondering) for literally years. Ask me where I’ll be on Tuesday thirteen weeks from now and I can tell you with confidence that I’ll be doing laundry because I always do laundry on Tuesdays and it would take World War III or a zombie apocalypse to deviate from my routine.

I like order, consistency, routine and habits, which is okay, I think: it means my house is always tidy (despite my husband’s best efforts) and my bills are always paid on time. But there is one problem with this, of course.

It’s that life is long, man. Like, super fucking long. If I’m lucky, I’ll get another forty or fifty years on this planet. And that’s a lot of tofu rancheros, you know what I’m saying? So I know I need to chill out on the habitual behaviour; I know I need to shake up my routine every now and then.

Ballet class has allowed me to do that. I used to spend wintery Monday evenings on the couch in front of the TV but now pass them in a warm and bright dance studio—working up a sweat, meeting new people, learning new skills and laughing riotously (our instructor Marq Frerichs is an excellent teacher who makes difficult things seem fun with his unparalleled joie de vivre).

Ballet has allowed my body to break free from its same-old-workaday daily movements into new and exciting shapes. Prior to ballet, I was not in the habit of spontaneously pirouetting (were you?). And it is in breaking free from the mundane that we can see the world with fresh eyes.

It strikes me now that I have been a constant (yes, habitual) attendee of night classes because I was looking to feed my mind, but what I have really gained from ballet—from the new and broader horizon—feeds my soul.

I have a friend. His name is Andrés. I admire him greatly and it’s because he has a nature more inquisitive than any I’ve known; a limitless thirst for new experiences. I think it’s because he knows that this is the stuff on which the soul feeds. (I have learned not to be surprised when I text Andrés to see what he’s up to and he replies, “Rowing over to the islands,” or “Playing the role of a beagle in a cruelty-free fox hunt in High Park,” or “Teaching a bunch of Irish people how to rock climb,” or “Ordering stick insects online.”)

I joined ballet class because I wanted to find out something new—a new skill, a new trick—but I ended up finding a lot more.

This is the third installment of a three-part series on Bronwen’s time at Canada’s National Ballet School. To read the rest of the series, visit here and here.