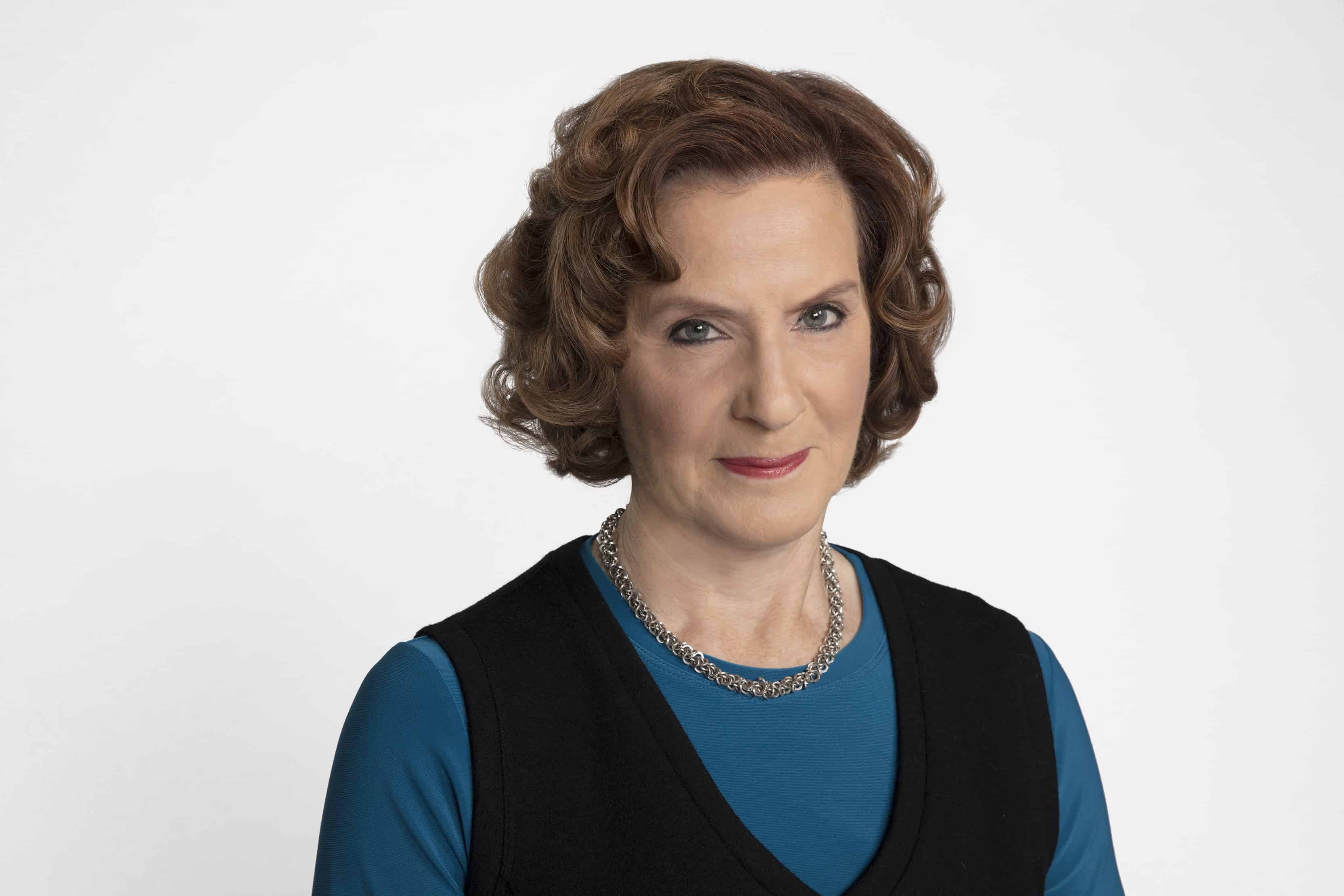 Identity and Belonging: Life Advice from Carol Off, Host of CBC’s As It Happens

Every night, just before we’re about to sit down for dinner, my partner and I do a little shimmy around the kitchen to the intro music of CBC’s As It Happens. Sometimes my four-year-old son looks on, kind of embarrassed, and other times he joins the short bop-a-long. While I’ve never met her personally, Carol Off, the host of As It Happens, is very much part of my life. But I had no idea she had lived so many other lives before she became a part of my daily routine.

Carol has been with the CBC since the 1980s. She began as an arts reporter and became an international CBC correspondent in the 1990s and 2000s. She’s also an award-winning documentarian, an award-winning author, and has been in the field covering Canadian military missions around the world, including combat operations in Kandahar after 9/11. Varied, daring, big: these are words I’d use to describe Carol’s impressive journey as a media personality.

Carol is one of the speakers at this year’s sold-out TEDxToronto event, and in anticipation, I got to shoot her some questions about identity (this year’s TEDxToronto theme), advice that has stuck with her over the years, and what message she most wants to share in her TEDx speech.

JM: How has your identity (or notion of identity) shifted in recent years?

CO: I travel much less these days than I did when I was a field reporter. I used to feel much more as though I was a citizen of the world. Now I more strongly identify with where I live. First, with Canada. But I have also come to love the city of Toronto and strongly identify with its different neighbourhoods, each with its own personality.

What’s a piece of advice that has really helped you on your journey?

Some years ago, I read the book Man’s Search for Meaning by Viktor Frankl. In most ways, it’s a very sad book because it describes Dr. Frankl’s time in Nazi work camps and death camps. He struggled to find the meaning of life while he was there, and the book is so insightful. The words I live by are his: “Success, like happiness, cannot be pursued; it must ensue, and it only does so as the unintended side effect of one’s personal dedication to a cause greater than oneself or as the by-product of one’s surrender to a person other than oneself.”

What’s a goal, small or big, that you’re currently working on?

My goal is to do more reading and more writing.

When we’re feeling unsure about who we are, or what our purpose is, what should we do?

This is an important question right now, because I think many people are feeling uncertain and a bit despairing of our future. So again, I turn to the words of Viktor Frankl: “When we are no longer able to change a situation, we are challenged to change ourselves.”

How has the CBC and As It Happens shaped your identity the most?

Working at As It Happens has exposed me to so many people and their stories. We get the full range of human experience, of the human condition, on the show each night. The show makes me laugh, cry, shout, get angry and get happy, too. I’ve come to know that our world is a better place than we might often think, and that’s because there are so many people out there doing good.

What’s one message you want to share at TEDxToronto?

My theme for TEDx is Belonging. Who do we accept as one of us?

And I conclude that our identity should be, first and foremost, as a member of the human race. We are all in this world together. So open your mind, and your heart, to others. You have more in common than you might think.

TEDxToronto is now sold out. You can catch the speakers and performances through their live stream. Simply visit tedxtoronto.com on Friday, October 26 at 10:00 a.m. EDT and watch it live! If you’re interested in attending this beloved event next year, be sure to stay up to date on ticket sales and buy early!