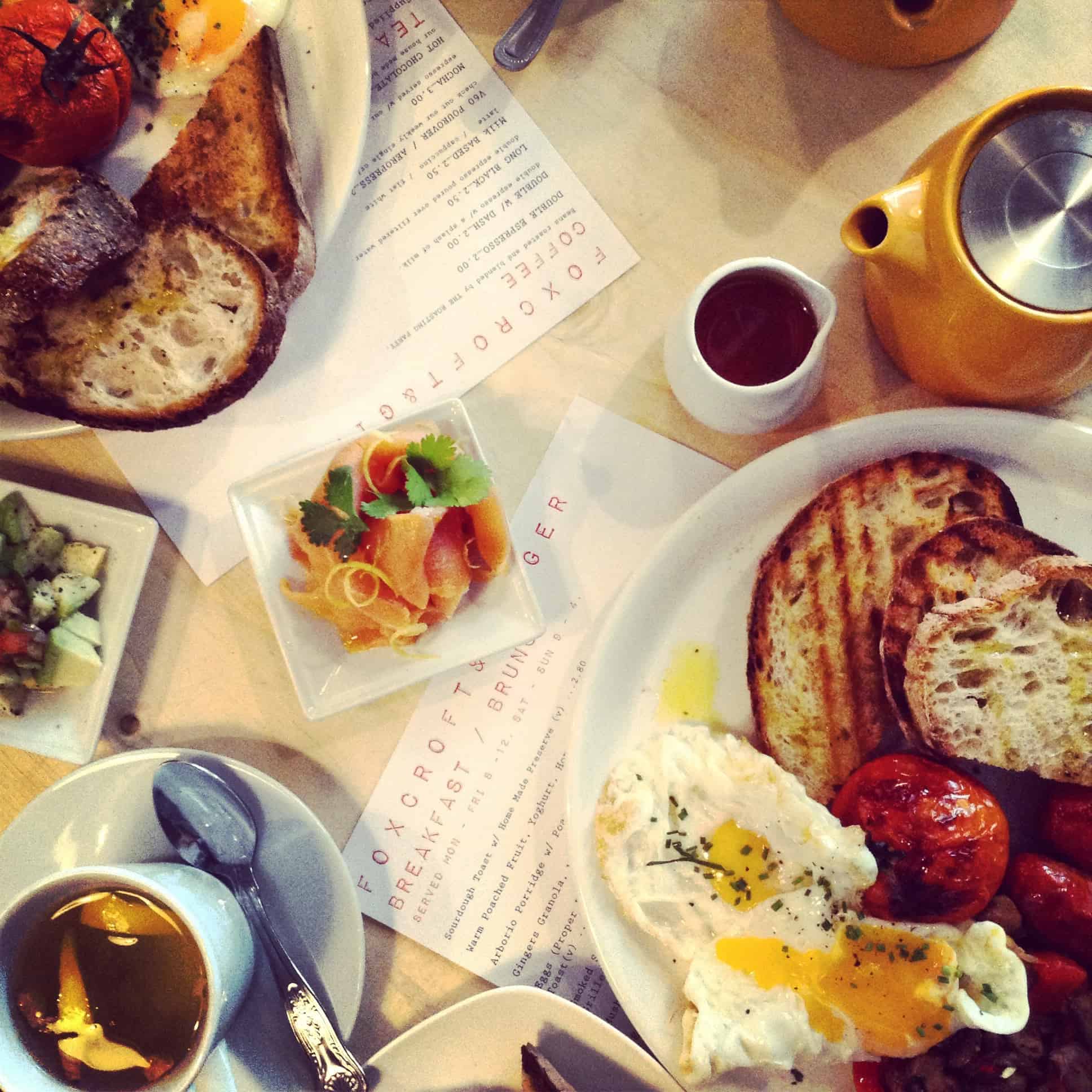 I’M LOSING MY LIFE TO BRUNCH

Brunch, the beloved late breakfast of hungover twenty-somethings, has taken over my life. When it started, brunch opened my eyes to the mélange of fried eggs, Polish sausages and warm waffles. Months later, brunch turned the tables on me – exposing my weakness, vulnerability and bank account to its all-encompassing menu. Brunch was expensive, time-consuming and never-ending. It started on Saturday morning and ended on Sunday evening. Minutes, hours and days turned into one big brunch with friends I had never met before. I lost my identity in the bacon, my sanity in the scrambled eggs and my passion in the pancakes. I became flawed, co-dependant and insecure. Brunch was destroying my life, and I couldn’t stop it.

In 2014, I lost a close friend to brunch. She’s still alive (probably eating brunch right now), but things dramatically changed after brunch broke our friendship apart. Before the big brunch trend all started, we spent our time together drinking wine, snacking on cheap popcorn and chatting about life like Lauren Conrad on The Hills. With the melting ice of spring, brunch forced itself into our lives with welcoming arms that comforted us after a night of whisky shots. It became the center of attention, turning all of our conversations about period cramps, fitted jeans and big dicks into a downward spiral of brunch topics, including brunch places, brunch menus and peer brunch reviews. It was the thrill of the brunching that made us want more, like a cocaine addiction without a support group. We didn’t know what was happening at the time; brunch was trendy, new and exciting. Everyone talked about brunch, it was cool and different. Like the line that never ended, we continued to brunch through the sunrises and sunsets of Saturday and Sunday. Every weekend, brunch demanded a seat at our table. Our hungover social interaction revolved around it. Brunch was here to stay.

My addiction to brunch was for better or for worse filthy. It fed me like a fat boyfriend. Brunch opened its mouth and I crawled into its warmth, jam spreads and melting butter. Life outside of brunch didn’t exist anymore. Hobbies irrelevant, I no longer had any time to write, draw palm trees or watch Law & Order. That’s when friends of friends, old acquaintances, colleagues, ex-roommates, parents and strangers from the park started to show up at brunch. The invitation to brunch was an extended invite to the entire city of Toronto; everyone kept inviting everyone else and nobody declined the offer. Streetcar drivers, one night stands, strippers, bouncers and bartenders joined the table. Most times, I didn’t even know who I was brunching with. Like an MDMA dance party surrounded by strangers in the Comfort Zone, I became enraptured in the “random” experience of it all. The company I kept didn’t have last names, first names, middle names or numbers in my phone. They were the anonymous brunchers I surrounded myself with, the friendly strangers I would avoid on the street weeks later, because I couldn’t remember any of their names. I didn’t care about who these people were, about their aspirations, hobbies or interests; all I cared about was brunch.

Waiting in line, we stood there. The lineups teased us. Restaurants tormented us with the smell of frying pancakes, eggs and sausages. Brunchers stared back at us from inside eating their brunch. I locked my eyes on brunch passing by me like a predator in the wilderness of Brunch County. I compared my brunch to other brunch. I felt remorse for choosing one brunch over another. I spent restless mornings fighting with myself over French toast at The Drake versus Coplansky’s Diner. I dreamt about the Waffle Benny and fantasized over the Waffle Sammy at Starving Artist. I fell in love with Aunties & Uncles’ Breakfast Taco and broke up with yogurt after switching to the Croque Monsieur with Black Forest Ham and Dijon Mustard. I was in a dramatic series of brunch issues, distracted by an emotional rollercoaster of menu items that kept me wanting more at night. I felt jealous, eager, impatient, scared, timid, relaxed and uptight. I replaced self-control with gluttony. I became a monster. Brunch had replaced the old me with a new version of Sarah Brown that was twenty pounds heavier, lethargic and very stoned. Brunch played me like a fool.

With no ground in reality, months went by. Growing confident in my brunching, I ordered side brunch with main brunch, followed by dessert brunch and take-home brunch. I lost my boundaries and stole brunch off the plates of my loved ones. With so much shared brunch between complete strangers, brunch bills became more complicated. Splitting the bill was a migraine that crushed my mathematical competence. Hungover, scared and confused, we anxiously calculated the cost of our brunches. I scraped my pockets for last weekend’s brunch change and exhausted my bank account with extra money for all the “special” brunch things like side fries, eggs and avocados. Brunch debt weighed on my shoulders, heavier than my student loan. I closeted my financial anxiety with more brunch. Hiding behind pyramids of pancakes, stacks of French toast and colonies of Lakeview crab cakes. I eyed the other bills. Why was my bill so expensive? There must be a mistake. Surely, I couldn’t have ordered $35 worth of brunch. Bloating with a full stomach of brunch, I ignored my anxiety about my disappearing pay cheques. Brunch ate through my chequing account, only to devour my savings with extra icing, whipped cream and hash browns. It was the beginning of the end for me and brunch.

In the rise of the brunch trend, cool people started to Instagram, tweet and Facebook about brunch. Brunch gave birth to new social media rituals involving aerial-view photos, zooms, hashtags and foursquare. Following the twelve-hour lineup, a customary ten-minute photo session took place before physically eating any brunch. Brunch turned into a high fashion editorial set. It wasn’t just about eating brunch, it was about sharing with everyone in Toronto what brunch you were eating and which brunchers you were with. Brunch cliques became a thing. Like a gang war, neighbourhoods of brunchers united against one another in brunch bragging. Double tapping, brunch photos scored the most likes and comments. Foodies used brunch to get ahead. Bloggers brunched to blog about it. Students brunched to cry. Artists brunched because they were starving. Brunch defined the people, the neighbourhoods, and the city. Instead of eating brunch in sweatpants, we now brunched in American Apparel, Zane and Top Shop. Brunchers not only had to look sexy at brunch, they had to eat brunch sexy, too, in case someone took a “random” photo while brunching. High stakes, hungry and avoiding ugly eating photos, brunching reached the zenith of staged, cool and trendy in Toronto.

That’s when I had a brunch intervention. Still drunk from Friday night, I began a brunch detox journey to take back what brunch had taken away from me. Brunch stole my life, friends and income. Hungry, hungover and broke, I isolated myself from brunch. My friends didn’t understand. But like, why? I didn’t respond. Hurt and confused, I lost friends and loved ones in the separation of myself and brunch. Who was I without brunch? I didn’t know. No longer an active member of the weekly brunch planning committee, I fled the scene to restart my life again as an ex-bruncher. Brunch was my old life. A life hijacked by omelettes, buttermilk pancakes, fried eggs, waffles, maple syrup, Peameal bacon and hash browns. I would split my last bill with brunch and I would return to the city as the woman I once was.

In the end it was clear that brunch and I had changed. Nothing was the same.