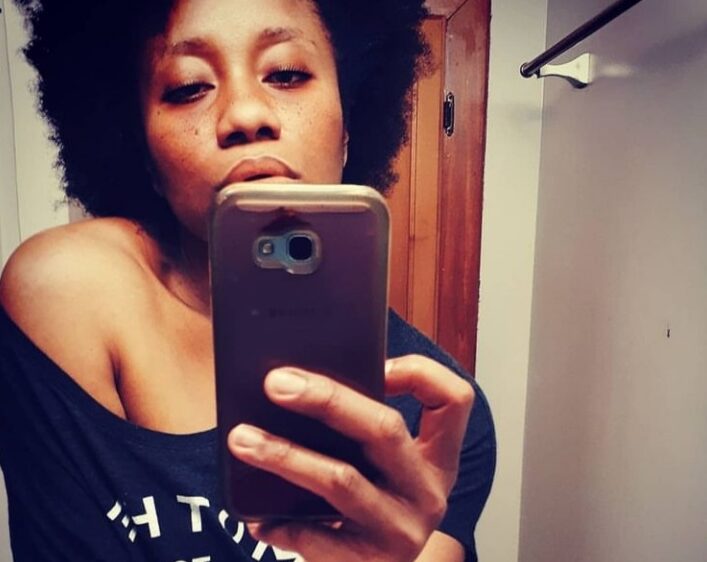 "This weave from hell, well actually from Malaysia, twenty-four inches, is now the bane of my existence and has become the symbol of everything divisive and oppressive about Blackness within western society."
Life Stories  Recovery

I’m taking my weave out, who dis?

I have spent the last 2 months with my natural hair stitched up and away in a weave. Seeing a Latinx stripper on an HBO show and loving the way her edges lay led me straight to having two pounds of hair sewn to my head. Popularly known as a “protective style,” I was excited to get it done and leave it in for 4 months like the “good hair” influencers do and experience extraterrestrial growth, but I have to confess it feels like anything but. It feels like a literal bind, a fix, a colonially indoctrinated knee-jerk reaction to the coil of Blackness.

I promise you I haven’t gotten a decent night’s sleep since, the way the weft or “tracks” at the nape of my neck dig into the base of my skull every night is a constant reminder from the get-go that “I’m going to have to take this weave out.” And yet every morning when I wake up and am getting ready I run to the three sisters: the straightening, curling and heated irons, in a never-ending cycle of tending to the colonially spawned rhetoric sewn to my scalp. There is no comfortable spot to be found on this particular pillow of coloniality.

One day, a month into this saga of weave wearing, my son says, “mommy, why don’t you come swimming with us today, you haven’t gotten in the pool at all this summer.” I respond, “son, I don’t know how I am going to wash the chlorine out of my weave when we get outta the pool.” But I jump in anyway because—good mom. After getting out I leave my boys in the pool supervised by their cousin whilst I tried to have the world’s quickest bath and hair wash. At a point, I say “fuck it” to the huge, tangled knots of weave that are forming in clumps all over my head despite the bottle of conditioner I have just lathered into the weave, and I decide to exfoliate my heels with the pumice stone that leaned so grittily against the luminescence of the bath. I accidentally trip doing this as the bath is now a slippery mess and I  pumice the skin off of the Peter pointer of my left hand. I suffer the indignity of having to open the scraper to get my brown skin out of the grate whilst hoping I do not bleed to death all over my sister’s bath, in whose home we are having the swim. It be like that don’t it? Blackness within colonial paradigms be a prodded on, tangled, clumpy weave, finger-scraping, bloody mess.

The weight of the weave increased as I washed it. The massive clump sitting on the back of my neck is like the eerie and condemned feeling of having something beyond my control, pulling my head down and back, disrupting the even distribution of weight along my spine. All of a sudden, I have become an old woman with neck pain. Unchecked and unbalanced the weight of coloniality will sit at the apex of the neck of Blackness, seeping it of its vitality and strength till one day there be nothing left of Blackness but grey. This weave from hell, well actually from Malaysia, twenty-four inches, is now the bane of my existence and has become the symbol of everything divisive and oppressive about Blackness within western society. 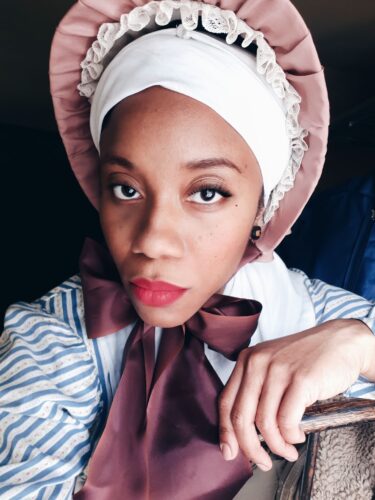 Every day with this weave sewn to my head I think to myself, is today the day I revolt and cut this shit off of my head? Is today the day I cannot take the weight, itch, and dry scalp anymore? I loathe the constant discomfort, the unsavory wafts that linger after exercise and cooking and the semi-clandestine, though not successful constant scratching. Every day I ask myself is today the day I rise up? Is today the day I say no to all the weight and the discomfort? Every day I come up with excuses as to why I can’t take this weave out! Like me, most days Blackness says “no,” “I’ll wear this weave another day because I cannot afford not to.” ” What will I do with my hair after I take the weave out?” “It costs too much to get it done.” One of the biggest lures of the weave is the familiarity and constancy of it. Knowing it’s there today, knowing it will always be there, knowing that it’s going to hurt and being ok, familiar, and accepting of that hurt.

The relationship of Blackness to the weave is an example of the relationship between Blackness and western society, forced, non-symbiotic, rife with dominant subjugation narratives and an indoctrinated and forced acceptance of the burden and the weight of what Blackness means within the hegemony of the western world. Blackness is to westernism what the weave is to a Black woman.

Living within Blackness is an ethnographic account of civilizing the world and getting no thanks for it. The predominant derivative of Blackness offered up today for consumption through storytelling, media outlets and social consciousness within western hegemonic and literary canons are continually documented against a backdrop of slavery and chattel culture, perpetuating stigmas that don’t cease or break despite the time and technology that distance us from their occurrences. In the theatre, in music, in film, television; black is portrayed and collectively accepted as beneath, basic and bludgeoning. This narrative is not intrinsic or productive to Blackness in any iteration. The question I am thus confronted with is “what do I do with my Blackness when I no longer define it by a colonial mindset and/or construct?”

Homosapiens are around 250,000 years old. Folk that looks like you and I specifically, have been around for 10,000 years. The first of those people were discovered in mummified form from Kenya to South Africa. I acknowledge the first civilizations of the earth to be Sudan, Ethiopia and as a later offshoot, Egypt. Blackness built the pyramids of Giza, Blackness created medicine that would later be the basis for all medical work as we know it; Blackness develops its own definition of the world. And so, reclaiming what it means to be Black, today, amidst the miasma of systemic and systematic physical and mental oppression is of the utmost importance, using words to describe what Blackness is becomes a scintillatingly subversive way to take back the Black, to loosen the weave and to relish in the freedom of the coil of Blackness.

Sodienye Waboso Amajor is a Dora Nominated Nigerian Actor, writer and performer who lives and works in Ontario. She holds a master’s degree in Theatre and Performance studies from York University with a keen interest in African Theory and Development. Previous acting credits include Puck in Shakespeare in Action’s adaptation of “ A Midsummer Night’s Dream”, Memory in Theatre Directs “Binti’s Journey”*, Gigi in New Harlem’s production, “Gas girls”*, Beka in Volcano Theatre’s Africa Trilogy “ Shine your Eye”* Luminato, June 2010 reprising her role as Beka in a Canstage/Volcano theatre’s production of “Another Africa” Canstage 2011 and Harriet Tubman in “The Power Of Harriet T” YPT 2013. Sodienye currently works with Suitcase in Point Multi arts company. Instagram @sodiandtheboys.

"This weave from hell, well actually from Malaysia, twenty-four inches, is now the bane of my existence and has become the symbol of everything divisive and oppressive about Blackness within western society."