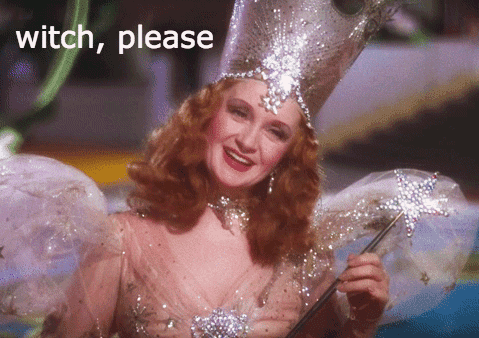 "This wasn’t the first time she’d politely but firmly declined to help me with something."

You know that scene, at the end of The Wizard of Oz, where Dorothy tells Glinda that her adventures in Oz taught her she should never again look for her heart’s desire outside of her own backyard?

I always thought that scene was bullshit.

See, after Dorothy makes her declaration, the Scarecrow asks Glinda why she didn’t just give Dorothy this information before. Like, oh I don’t know, maybe sometime before getting attacked my winged monkeys, anthropomorphic trees and a small army of foot soldiers? “Because she wouldn’t have believed me,” Glinda responds, “She had to figure it out for herself.” Really, Glinda? Really? You sure you didn’t just fall asleep on the job after rockin’ some of the poppies the Wicked Witch left behind?

That scene bugged me for a long time, but I think I finally got it this week when a friend refused to accompany me on a trip to Scarborough, a part of town I haven’t the faintest clue about navigating.

This wasn’t the first time she’d politely but firmly declined to help me with something. She started this behaviour early on in our relationship when she asked me to produce a short film she was making. “Um, I’ve never done that before,” I recall telling her. “It’s not that difficult to do,” she said, “You just have to be organized and I can see that you are. And I’ll guide you along the way. But I’m sure you’ll figure it out.”

“I’m sure you’ll figure it out.” Famous last words, or so I thought.

In the end, I learned a lot from that experience about how to handle different personalities and stay cool under pressure, especially when a cop shows up and asks to see your filming permit (which you calmly present like the stone cold pro you are).

A few months ago, she wouldn’t be my date for a literary event I was on the fence about attending since I wouldn’t know anyone there. “I know what you’re trying to do and I won’t be your crutch,” she told me, honestly. “You’re the wooooorst,” I responded, honestly. I went by myself and while I was, at first, overwhelmed by the sea of people who obviously already knew each other, I did manage to have a great conversation with a stranger about freelancing and the majesty of the video for the Backstreet Boys’ “Quit Playing Games.”

So yeah, my friend was right again. This week, when she told me she couldn’t go with me on my Scarborough escapade because she “had to work” (a likely story), I feigned dismay but really, I was touched—I knew this was her way of saying “Don’t worry. You got this.” She, like many of my friends, seems to know that nothing interesting happens in our comfort zones. Nothing changes there and nothing evolves. And how lucky are people who have annoying friends won’t let us get away with setting up shop there?