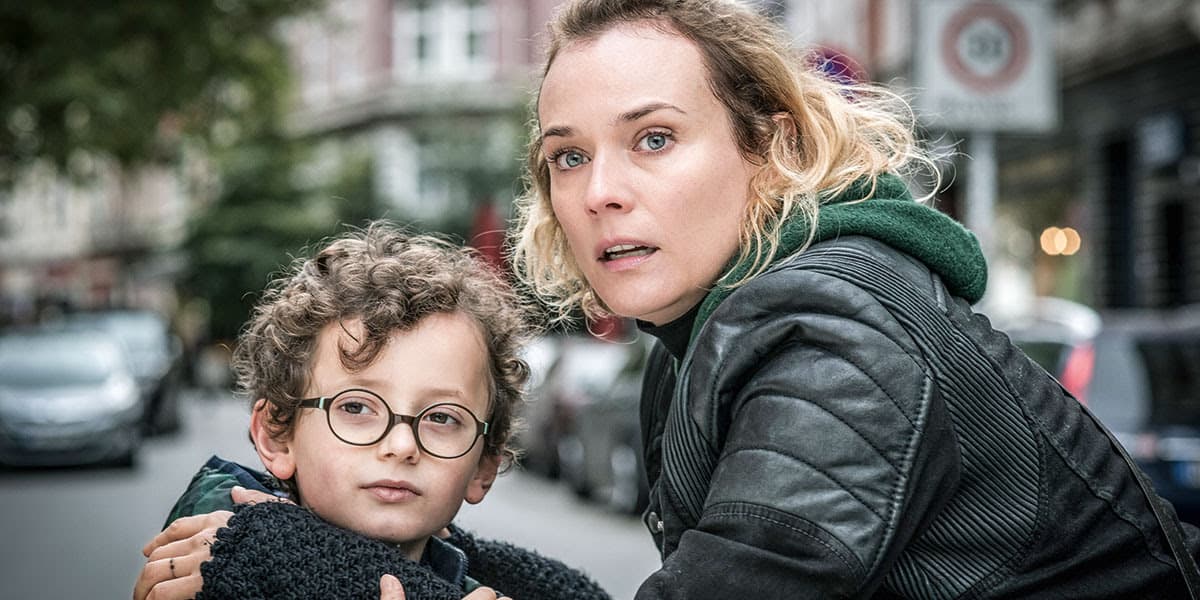 ‘In The Fade’ Details The Bitter Legacy Of Hate

Fatih Akin’s film In the Fade (Aus dem Nichts) follows Katja (Diane Kruger) as she seeks to avenge her husband and child, who are killed in a Neo-Nazi terrorist attack. It is a bleak, disquieting film with glimpses of happy memories that serve to make Katja’s present reality all the more anguished.

Katja falls in love with her pot dealer, Nuri, while she is a student at university. The two eventually get married despite his being imprisoned on a hash-related charge. After his release, they carve out a happy life together and have one son, Rocco. After dropping Rocco off at his father’s workplace one afternoon, Katja returns to find that the business has been bombed. Both Rocco and Nuri are dead.

Authorities question Katja, wondering if Nuri had been caught up in a criminal element – or targeted because he is a Kurd. She recalls the blonde woman who had abandoned her bicycle (laden with a suspicious box) in front of Nuri’s place of work, hours before the attack. When it is confirmed that Neo-Nazis are behind the nail bomb, Katja endures an agonizing trial where the visceral details of her son’s death are rattled off as evidence, and where she is forced to absorb the bitter announcement of an acquittal. She then turns to her own devices, ultimately meting out her revenge in equal measure.

The film reveals the tensions in a “progressive” modern-day Germany, which hasn’t quite managed to shake the remnants of its Nazi past. If anything, the influx of those seeking asylum in Germany have been met with a rise in anti-immigrant sentiment, where a Neo-Nazi group now controls 1/8th of Germany’s parliament. The film notes that between 2000 and 2007, the National Socialist Underground shot nine people from immigrant backgrounds and carried out multiple bombings. The victims were all targeted due to their non-German origins.

This film sharpens the lens on those affected by such ignorant hatred; it also forces us to wonder how we would react if we were in Katja’s shoes. An eye for an eye makes the whole world blind, sure. But if your reasons for living are stripped away, what good are high-minded sentiments?