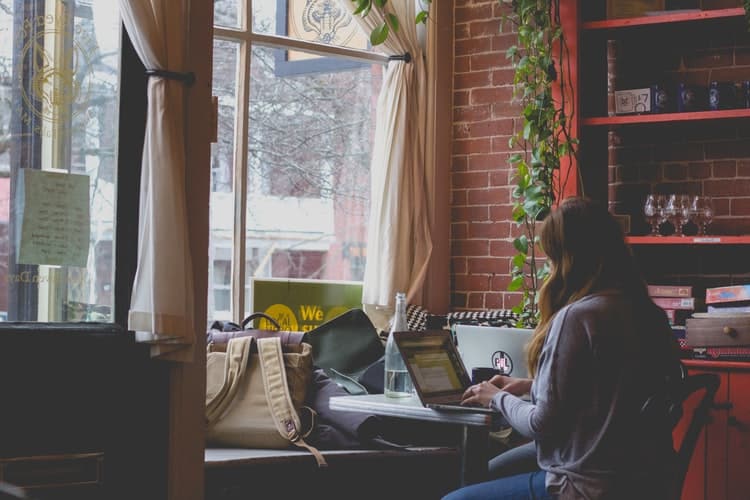 Pickup Artists, Incels and Human Vulnerability in “Safe and Sorry”

Manosphere subcultures—from PUAs to incels—tend to thrive in the shadows, but a new play coming to SummerWorks hopes to shed new light.

Created and Performed by Lauren Gillis and Alaine Hutton, Safe and Sorry follows the story of Keith Much, a man who teaches a dating and pick-up seminar. When his popularity among the online incel crowd spikes, he’s led to the darker corners of the internet, and it is there he does the unthinkable: He reads the comments. Safe and Sorry is a fascinating look at the pains of trying to forge a connection in a world that seems increasingly prone to misinterpretation and miscommunication.

This week, we chatted with Lauren Gillis, co-creator of Safe and Sorry. 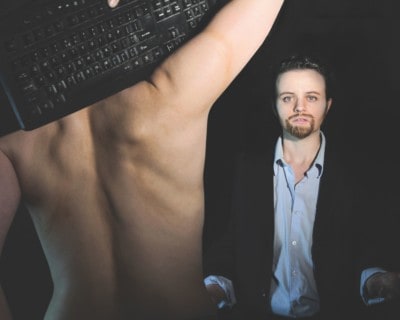 SDTC: What was your first introduction to the world of PUAs and incels?

LG: Just over a decade ago, I became more acutely aware that I was a rather awkward person. This piqued quite a ravenous curiosity about social scripts for dating.

This was also around the time Neil Strauss’ The Game came out, and several years after that, the word incel would begin floating more prominently around the internet as one of the manosphere’s more desperately toxic tendrils (as it is seen now). Some view it as just a bubble of people who find community in a perceived (or, very real) inability to find erotic or romantic success (as many insist it was, and perhaps still is in some circles, though it may be time to abandon the word incel if you’re there for the conversation and not the resentment steeped in hate).

What these subcultures have in common is a fascination with sexual failure and rejection, and what you can do about it. PUA says you can learn skills and change your perspective on social interactions; Inceldom says you must accept the harsh and hopeless truth that you are socio-sexually doomed and from there, most likely lie down and rot. Somewhere in between “Be True to Yourself and Do Whatever You Want!” and “NOT LIKE THAT!” you have to figure out when your social and sexual behaviour is not calibrated to what other humans deem to be charming or appealing or acceptable.

I like this territory a lot. It’s rife for misunderstandings, admissions of horrendous vulnerability and desire, and issues that present as hair-splitting but expand into compelling problems.

That I actually believe you should read the comments.

Doing so has taught me that the above statement should come with 10 Caveats, just as everything should, but I’ll leave it as is.

What were you aiming to get across in this script? What do you want people to know about PUA and incel culture?

People will bring their own associations with PUA and inceldom to the table, whether that’s a kind of mechanistic pragmatism, catching a free ride on the winds of misogyny relentlessly howling in the void of our broken system, actively spreading hate, encouraging men to be proud of their appearance and comfortable in their masculinity, or just slouching in front of a computer contemplating a distant better haircut, pizza pocket, and/or the end of all things.

No matter the case, the core of the show itself is less about these offshoots of our dating culture than it is about ordinary people trying to learn or change the social scripts while living in a time of awkward change and fantastic, terrifying possibility. Whether or not you believe there is a tornado of incels out there waiting to mow everyone else down, people still go on dates and have sex, so you still have to figure out where to put your hand on a date so that it will seem sexual (if that’s your intention) but not creepy. Where do you put your hand? That is what I would like people to think about. Where do you put your hand?

Some people experience consent as basic and simple, in theory, and in practice. Some people experience it as convoluted, ambiguous, and fraught. I think this is a real tension that merits examination. When we respond to this idea, we are exposed to judgement and categorization, and a lot of assumptions and delicate areas come into play. How do we make this fun? Well…

I wish a charming fellow would do a humorous, empathetic, and well-researched seminar attempting to untangle the mess and get everyone on the same page. At the same time, we can all reserve the right to scrutinize everything he says from every possible angle, and I want him to gracefully accept everyone’s criticism, with the caveat that he dismiss criticisms from those I have deemed Too Toxic To Help. I will call this man “Keith Much” and give him the task of running a dating and pick-up seminar for men and see if it will turn into a horror movie.

And also, all the characters are men played by women.

I invite people to explore whether Keith Much is a role model or a cautionary tale. I don’t mean that in a snappy-tagline-with-a-leading-question-designed-to-trick-you-into-fake-complicity kind of way. I mean that sincerely: Do you think Keith Much is any good? Why? If you end up in a conversation with your friend about that after the show, great. Or if you’re alone watching this weird thing, then we’ll have comment cards so you can tell us directly.

This is the first time we’re showing this work to an audience, so do come to see it while it’s volatile and mutable.