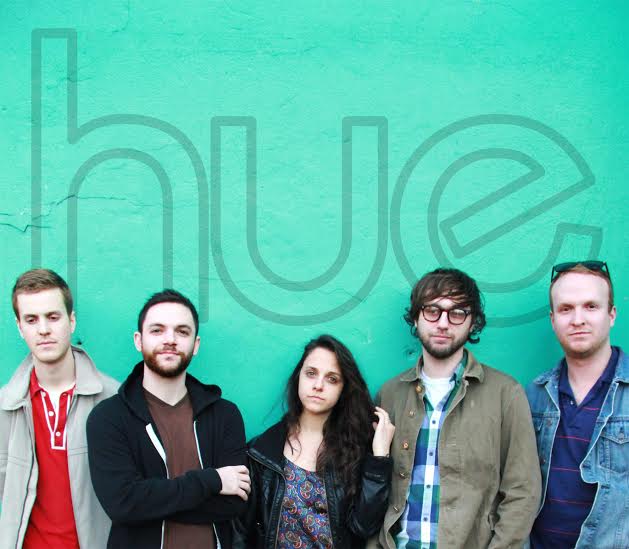 Hue is without a doubt one of the best indie bands emerging from the local Toronto music scene. A pair of singing siblings accompanied with a bunch of best friends makes a bandmate recipe for success, allowing their likable personalities and feel-good vibes to shine on through. The music they make is incredibly catchy, and their latest record Starting Fires is chock-full of ridiculously fun, upbeat hits. Check them out live for a healthy serving pop-rock that you’ll be humming long after the show ends, or crank their tunes at home, throw away your inhibitions, and dance around wildly in your underwear.

Hue has played with a mind-boggling roster of bands, including Lights, We Are Wolves, The Wooden Sky, Said The Whale, Hollerado, and recently they opened for Hanson (!) at the Western Fair. This month, onFebruary 28th, they are playing as part of The C’mons EP release show at Tattoo Rock Parlour, which was named one of the top February concerts of 2014 by BlogTO!

Jessica Paton shares singing duties in the band, and enchants audiences behind her synth or boisterous beating of the floor tom. She shared her thoughts about music, songwriting, and what inspires her.

How would you describe your music?
This is always a bit of a daunting question because I hope for the listener to decide for themselves what he or she takes away from the music. But alas, my personal opinion would be indie rock pop, if hue was the name of a candy we would be pop rocks!

What song would you like SDTC readers to hear, and why?
Over the past 7 months I feel we have truly found our individual niches and roles in the band, which I have come to see is not such an easy thing to accomplish when it comes to creating, but when it happens it’s quite magically delicious! Our style and sound have become much more awake and alive. There is a new sense of clarity we all feel now that we’re writing new material. The song that should be heard is II Codes. This was the first song I finally had the confidence to lyrically and melodically take on as my own. It holds a special place in my bones somewhere… and I feel it takes one on a journey, which is nice to do among the hustle bustle of one’s daily motions.

Describe the environment you write your songs in.
I live on the third floor of an aged Victorian home slightly North of the city. My rooftop patio looks out to some houses and most importantly a bunch of trees, and although the steady whiz of the train sends a tremble through my attic hermit abode, I have never felt such a sense of inspiration in a place until I found this little gem. It’s a perfect hiding place, allowing my creative senses to run wild!

What is the best piece of advice you’ve received, in music or life?
Close your eyes.

What inspires you to write?
When I’m not music making with the hue crew, I am a full-time Waldorf preschool teacher. The kids inspire me on the daily. They’re so real, raw, and certain, living moment to moment.

If you could share a line-up with any two other artists, which ones would you choose?
All band members would need a couple of arm pinches if hue played alongside The Head And The Heart or Coldplay. Personally I would want to be up on stage singing some sweet melodies alongside Patrick Watson or Gregory Alan Isakov.