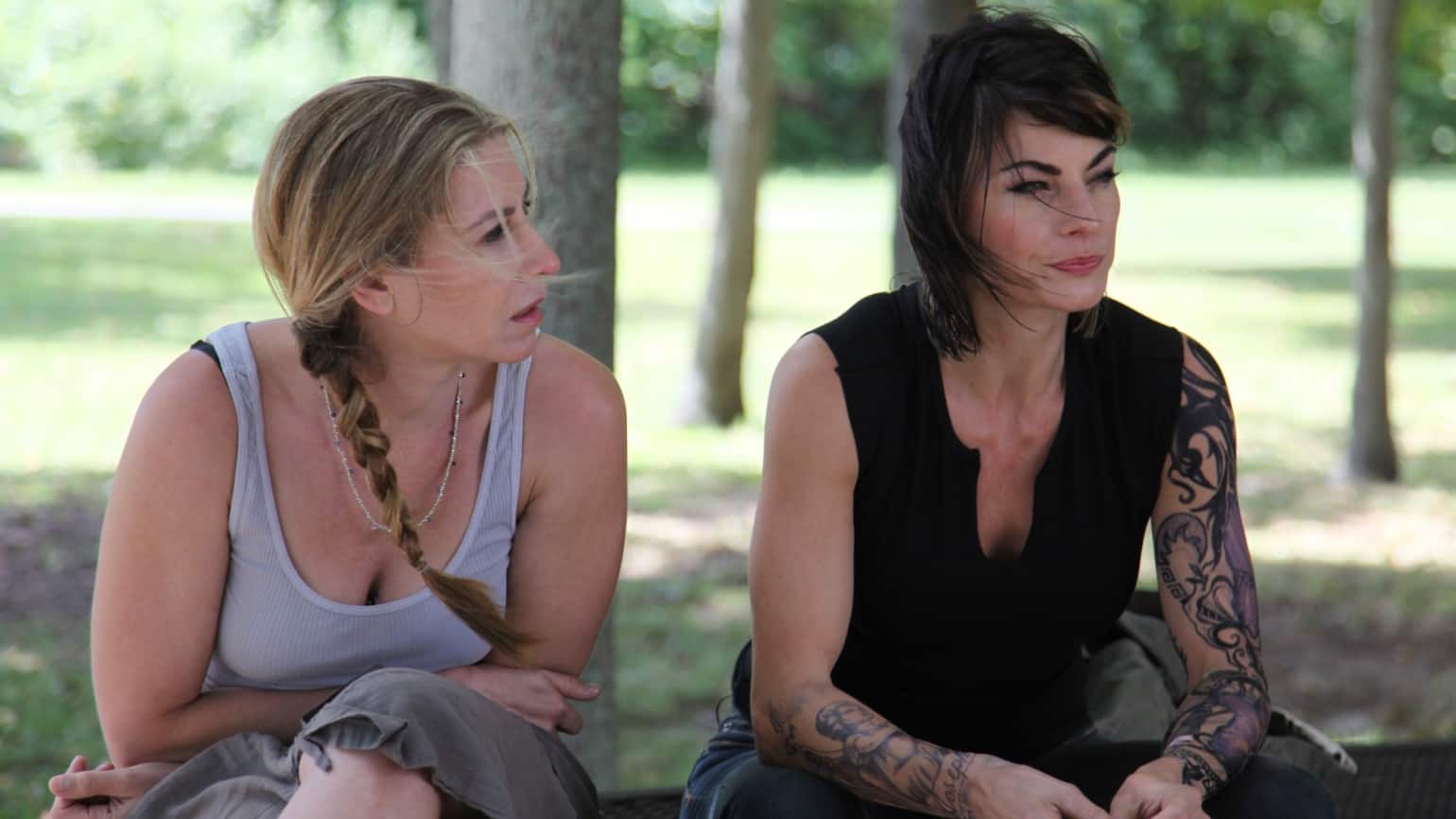 Inside Out Filmmakers: Suzanne Guacci’s STUFF Explores the Strain of Motherhood on One’s Love Life

Being forty-something with small kids is taxing, and it takes a toll on one’s romantic life. In STUFF, filmmaker Suzanne Guacci closely examines career and family pressures that have caused long-term partners, Trish and Deb, to drift into separate orbits. While living under the same roof, their worlds spin in different directions and like so many middle-aged couples, they find themselves in a spot that’s both heartbreaking and exciting, where outside temptations become more attractive, and staying together requires hard work. Each choice they make comes with heavy consequences, which could cause devastating effects on the family unit.

Why did you want to make a film about motherhood?

I didn’t set out to make a film about motherhood at all. That thread of the story just evolved on its own. I set out to make a film about long-term love – an honest look at it, how it changes, how it grows or stops growing – and mothering just sort of became part of it. As I was writing it became very clear that this “mothering” thread was major in the film. Ultimately every big decision are all made because the characters are mothers first and foremost; they put themselves aside, and they do what they do for the good of their children.

In your opinion, what are the greatest strains on a relationship that come from having children?

Kids are such a beautiful gift to a couple, but they are also a great distraction to relationships. Being a mom becomes the primary relationship based upon need. Often then the relationship with the partner gets pushed aside for the needs of the children. I think when that happens and the years go by and if the focus is pulled far enough away, a great distance can build up; a great divide. Resentment can set in and that can be really hard to mend.

What’s your best advice for a couple that is struggling like Trish and Deb?

I don’t know that I have any great advice except try to keep balance. The scale can’t tip too much one way or the other. The focus can’t be pulled too far away from your partner with work or kids whatever that you lose your connection, your spark. Because that spark is what ignited everything after it and when that spark is dim or out, that’s trouble.

What do you love most about STUFF/what are you most proud of?

I love this film for so many reasons. The performances are just fantastic. We shot this film so quickly (nineteen days) for so little and we really made a solid film that is an honest portrayal of women. Women as wives and mothers with needs and desires and egos and flaws. Women as daughters, women with careers. Women in their 40s and older. Those are demographics we hardly ever see in film. And those women are the driving force behind the story. We had a female DP. There’s so much that I’m proud of.

What conversations were sparked most often from making this film?

The conversation that comes up a lot is that Deb and Trish really represent all marriages to some extent. STUFF could have easily been written as a marriage between a man and woman or two men. Struggles in relationships exist everywhere. And the themes are universal. Old love and new love, growing up and growing old, life and death; those themes affect us all.