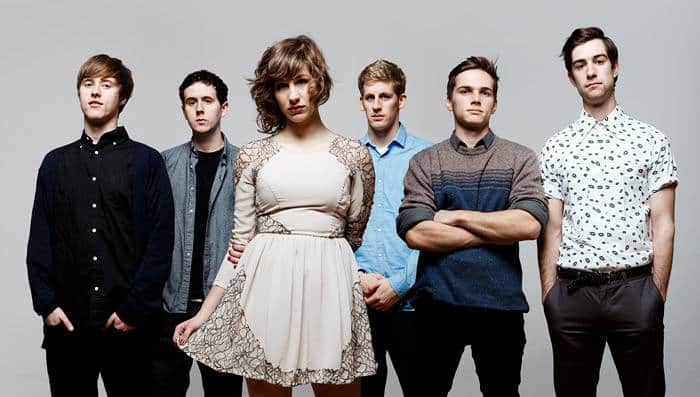 An interview with babealicious Anna Horvath of First Rate People about their new album, Everest.

First Rate People are some of Toronto’s most promising up-and-coming musicians brought together into one supergroup. The band thrives on the creativity of many multi-talented songwriters, and at times has had up to forty different collaborators. They’ve consolidated now to a group of six, each playing multiple instruments to round out their eclectic pop sound.

Last winter, the band trekked up north to a secluded cottage in the woods where they started recording their latest album. For four months they laid down what would become Everest, a danceable 10-song playlist of quirky electro-pop hits, just released on November 5th. The record is sugary and catchy, while still accommodating layers of depth, making each listen a little different.

I chatted with the band’s lead female vocalist and resident mega-babe, Anna Horvath about First Rate People and their new record:

How would you describe Everest?
The lyrics are earnest, silly, and emotional in our own way. You can tell we’re the type of kids who have spent our whole lives trying to figure out how to get our feelings across. Sonically, we were influenced by a lot of electronica and RnB. There are a lot of beats on the record, which might not have been expected from our folky beginnings. It’s got a full sound that’s almost cavernous, which is part of the reason we picked the name Everest. 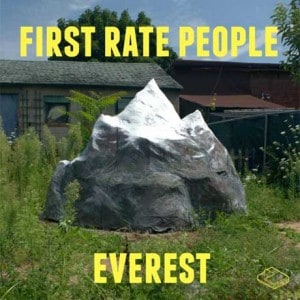 What is the picture on the album cover?
[Laughs] It’s a paper mache model of Everest. We had collected newspapers from newspaper boxes, and from some lady who wanted to donate her supplies, and then Liam and Hayden built it in Hayden’s backyard one day. We had a photographer in to take photos but they ended up being too dark, so I think the photo that ended up being on the cover is actually off of someone’s iPhone.

What’s it like touring with so many boys?
We drove from Toronto to Montreal and back this fall. Honestly, it’s really funny, it’s flippin’ hilarious. We drove in this Durango, and two people had to sit in the back with no legroom. But in all that time cramped together, no one got stressed, we were all just joking around, listening to music and hanging out. It was actually awesome, I love those guys.

First Rate People have their CD release show for Everest on November 21st at the Horseshoe. In the meantime you can check them out on Facebook and listen to their new album on Bandcamp.