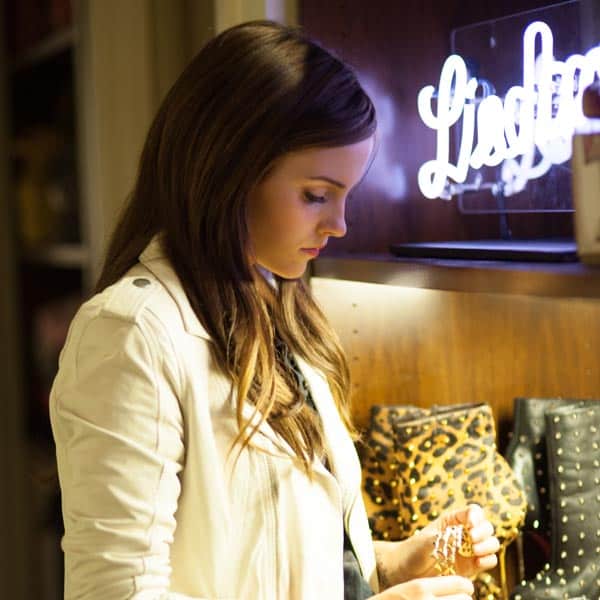 An interview with The Bling Ring’s costume designer Stacey Battat

For any fashion student or aspiring stylist, Stacey Battat has the dream job. She worked for Marc Jacobs and then jumped to being a personal stylist for Sofia Coppola and was quickly brought on as the costume designer for Coppola’s films. Yep, DREAM JOB!

We loved how she dressed Elle Fanning as sweet and innocent Cleo in Somewhere, daintily twirling on the ice rink in a baby blue skating skirt, but The Bling Ring isTHE film for the fashion crowd—and every detail, from the imagined closet of Lindsay Lohan to how the gang of high school thieves accessorized their stolen McQueens, is f*cking delicious.

“I read the kind of magazines I thought those girls would look at,” she said of getting costume inspiration. Since the group of label obsessed teens only wanted to emulate celebs like Paris Hilton, Megan Fox, and the like, Battat didn’t have to look far—she watched a lot of reality TV and flipped through back issues of US Weekly. But she admits there were still challenges: “We had to create the characters so that they were likeable and the the clothes weren’t entirely comical.” She succeeded. We wanted every. Outfit.

Unlike the kids in The Bling Ring who are obsessed with the closets of tabloid celebrities, if Battat were to sneak into a closet it would be that of Liz Taylor. “I went to the Elizabeth Taylor auction,” she said. “If I could have gone into her closet before that auction I would have been really, really happy.” But diamonds are not her best friend. “I like a flannel shirt, I know it’s unsexy,” she said. “I’m very uncool.” Errr, we beg to differ. If you’re uncool, what are we? Gulp.

Although she may have the dream job, Battat did not go looking for it. Her university education was in women’s studies and sociology. She’s a believer in fate: “I think life puts you where you’re supposed to be, in a way.”

So with that we say, WERK IT, GIRL!