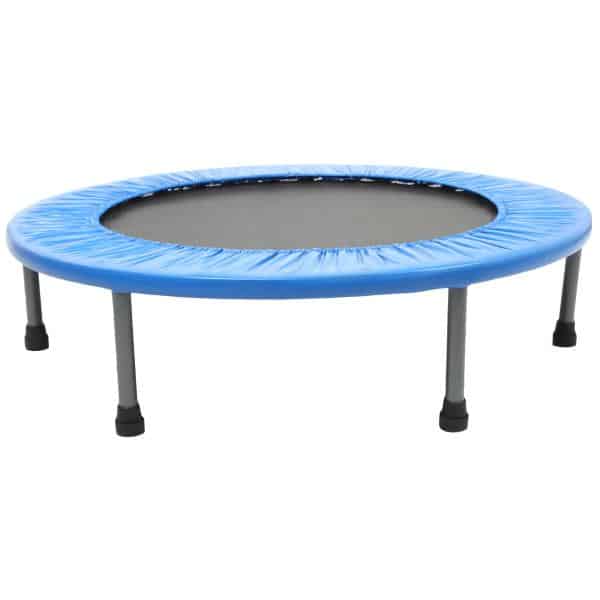 What on earth is Trampoline Hall?

It’s not a monthly help group for anonymous trampoline lovers.

What is it then?

Trampoline Hall is a monthly lecture series that began in 2001. It runs every first Monday of the month at The Garrison (1197 Dundas St. West) and features speakers with knowledge about obscure yet relatable subjects: Everything from burritos to Seasonal Affective Disorder to Courtney Love. It’s a place where a bunch of curious strangers get together and share stories, ask questions, and laugh together. And buy buttons.

Before you go head-first into a room filled with hippies, eccentric-looking creative types, undiscovered musicians and hodgepodge stoners, here is a round-up of the main contenders.

Misha Glouberman: When you walk into Trampoline Hall, the first thing you’ll notice onstage is a scruffy-looking guy with a smirk on his face. That’s Misha. He’ll walk you through the lectures, and will tell you all about the types of questions people ask (like the public announcements disguised as questions or the notorious two-part questions, with two equally annoying questions bonded together by two non-related statements). He will be the night’s leading entertainment, and you’ll probably fall in love with him by the end of it.

Sheila Heti: Heti is the Beyoncé of Toronto’s writing scene – she’s the one with a short blonde fringe and a welcoming smile on her face. Get familiar with her work, because she’s the bomb dot com. Start with the sex scene in “How Should a Person Be?” (the hottest description of millennial sex I’ve ever read).

The Button Girl: The brown-haired girl who is really friendly and sells buttons for a dollar by the front entrance. If it’s the end of the night and you really enjoyed one of the speakers, buy a button with the speaker’s name on it. Because heck, it’s only a buck!

The Bartender: The bartender at Trampoline Hall is the same bartender from The Garrison, meaning he/she is just a normal bartender. They’ll serve you beer, or vodka, maybe even rum or tequila. I recommend you try a glass of Amsterdam Blonde. It’s refreshing and can be slowly sipped over the course of the entire night.

The Guest Speakers: What do unicorn trainers, retired nuns, scream therapists and abstract toilet paper artists have in common? They’ve probably lectured at Trampoline Hall. I saw a red haired psychotherapist, a freelance writer from Los Angeles and an awkward film student from Western.

Laura Di Vilio is a lighthearted psychotherapist that spoke about filtering the world through her lazy left eye. In moments of laughter and silences of heartache, the audience quietly listened as she walked us through the growing pains of her undeveloped eye sight. She also talked about her miscellaneous work experience as an early theatre set designer, then artist, and now therapist – with a driver’s license.

Mira Gonzales is a freelance writer who talked about her clinical depression when she lived in New York. She hated her friend’s unsolicited “get happy” prescriptions to garden or try hot yoga classes. She talked about the crippling nature of her mood swings, and subsequent drug abuse that followed. In the end, she opted for a different antidote to beat depression – a strict regimen of Netflix-binge watching, ordering pizza in bed and writing.

Nikolai Ostonal, the final speaker, was a sheepish creative writer from Western. He talked about his admiration for seeing (after his experience of taping sunglasses to his head for a day). After his lecture, a woman raised her hand to tell everyone that she walked around her house with her eyes closed because she was too lazy to keep them open.

If you’re interested in experiencing Trampoline Hall for yourself, plan ahead and buy a ticket at Soundscapes (572 College St.) the Thursday before the first Monday of the month. Tickets are only $5 or $6 (cash only) and sell out fast.