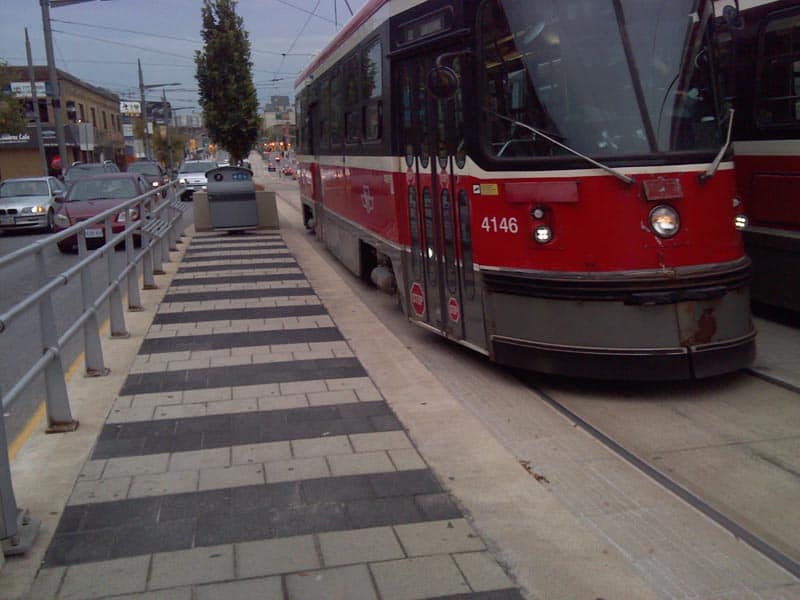 It Wasn’t that Bad: John Stamos Nearly Ruined My TTC Experience, But Didn’t

Curse you, opening credits of Full House. The memory of the Tanner family serenely travelling on a San Francisco cable car forever romanticized this mode of public transportation.  When I moved to Toronto, I was convinced that TTC streetcars would get me *a hand to hold onto*, or, preferably,closer to Uncle Jesse’s sweet locks of infinite luster.

And after a friend introduced me to The Shuffle Demons’ 1986 hit, “Spadina Bus,” I was certain that every foray into public transit in the Big Smoke would be an adventure (preferably into the saxophone universe of bohemian hipsters with long goatees).

I should add, I’m not from here. I moved here full of dreams, one of which was that “The Rocket” would make TO’s public transportation system more tolerable to me than the silly old system I’d gotten used to in Montreal.

Toronto seemed like they knew what they were doing. Gone was the sweaty box of bacteria that is the Montreal metro in the summer; the TTC subway has air conditioning. Gone were the days when I’d ask a bus driver to please announce a stop, only to have them drive me to the end of the line because they forgot, and drive me all the way back, making me 45 minutes late for a date. The TTC streetcars and buses have an automated system that announces every stop. Thanks, self-assured voice lady.

It didn’t take too long though, before I started bitching like a local. Why did streetcars keep short-turning? Why did transport workers keep closing the door in my face after I ran like a fool to make it there?

I’m also not used to the public that uses this transportation. Why do some passengers mistake the subway for the set of “The Voice” and keep singing at full volume even after a dozen people yell at them to shut up? And why do some people think of the bus as their bathroom, whipping out a razor and shaving their eyebrows, as a woman sitting next to a friend of mine recently did?

Of course, the TTC fired back by shutting down for the weekend, right when I needed it most, since my sister was visiting and I wanted to show her around.

It wasn’t that bad, though. She was up for a walking tour, so my husband and I introduced her to some of our favourite spots near our home. The crisp, autumn air and the sky’s subtle callback to summer made Wychwood Barns even more magical than usual.

We made our way through the Annex, stopped at Honest Ed’s, grabbed some empanadas in Kensington Market, went through Queen West and Chinatown, and finally took in a sunset at the Harbourfront Centre.

As we ambled along, something became clearer and clearer to me: I am starting to know where things are. I knew where to turn to get where I wanted to go. Not too long ago, I thought I’d never be able to map out this city. It was too expansive; it would swallow me.

Turns out, it didn’t, ‘cause every time I got lost, I understood it just a little bit more.

So thanks, TTC, for your illogical, meandering ways. While I’ll continue to depend on self-assured voice lady, your closure this weekend helped make this place feel that much more like home.