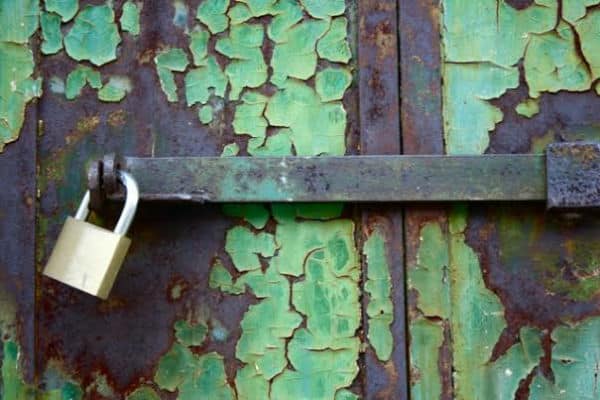 It Wasn’t That Bad: The Unbearable Lightness of Panic Attacks

I’m 17 years old and it’s happening for the first time. I’m sitting in a humanities class and for whatever reason, the lights have become very, very bright. Everything looks overblown.

My teacher is no longer speaking words I recognize. Instead, his mouth is issuing forth sounds I can’t decipher. And wouldn’t you know it, my brain, frustrated by the limitations of my skeletal system, is saying “Fuck you, skull!” as it expands, attempting to fill the entire classroom. I can’t hold onto a single thought for more than a fraction of a second. I break out in a sweat. I’m hyperventilating. When I realize I’m shaking I ask if I can go to the washroom.

“Welcome to your first panic attack,” the bathroom door says, “You’ll be hiding in here a lot in the next little while.”

(What’s that you say? A writer who has panic attacks? Shocking, am I right?)

Up until that moment, anxiety attacks happened to other people I read about in magazines. Sure, I was nervous and paranoid. But I was 17. I figured I was supposed to be. Dating, sex, quickly learning how one extra shot of tequila can make or break an evening—these were going to cause stress (and instigate a heartfelt rendition of Tori Amos’ Boys for Pele in its entirety if that tequila equation was off). I paid it no mind.

But that stress, plus months of insomnia, plus a bruised heart following my first break-up with a boy I was sure I was in love with because he wrote the lyrics to Marcy Playground’s “Sherry Fraser” on my locker (Oh Erica, the criteria you use to choose men really hasn’t changed much, has it?) turned into a cluster-bomb of awful.

I tried counselling. I tried medication. It worked until it didn’t. I eventually had to leave school for a semester.

For about six months, I could barely walk to the corner of my street. I missed job interviews. I missed birthday parties. I lost a lot of friends and gained a lot of weight.

I kept wondering if there would ever come a day when the thought of going to the store to buy milk would no longer fill me with dread.

Luckily for me, it did. The process was long and hard, as anything worth doing should be.

I really hadn’t thought about that first episode in the humanities class for a long while, but a recent CBC Toronto panel discussion on mental health and university students brought me right back to that moment. I empathized with the students brave enough to speak.

I also thought about anxiety and what might happen if it were to start controlling my life again.

Then I remembered this past Saturday night when I’d gone to check out the annual lighting of the Christmas tree. I was warned that there would be a crowd, something I used to avoid at all costs because they were often a trigger. But it didn’t even occur to me that this might be a cause for concern. And I wasn’t nervous for a second while I was there.

All I could think about were the lights.