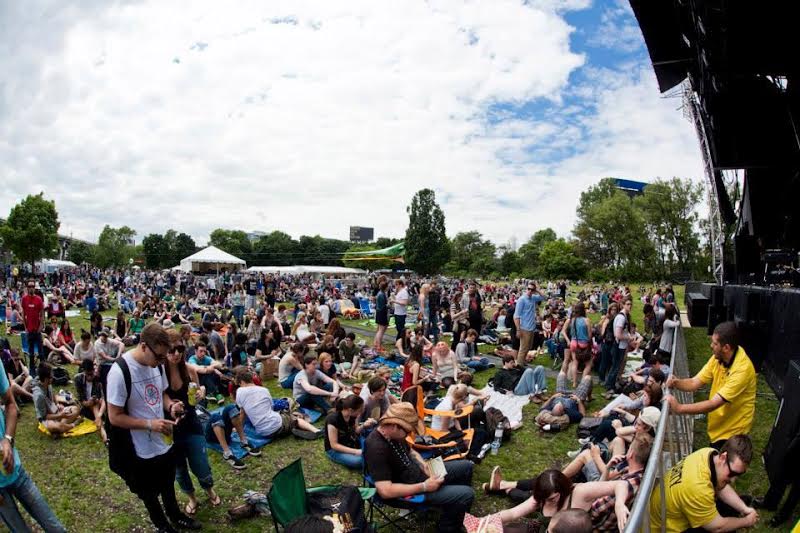 The weather is warming up, which means show season is getting underway. Repeat after us: YEEEEEEEEE!!!

Toronto has dozens of spring/summer festivals for all kinds of music lovers. There have been a ton of exciting acts announced, and we wanted to make sure you got the downlow on all your favourite bands coming to town! Check out our big ol’ list below and make a mental note of what looks good so you can start saving your tip money—cause these things ain’t cheap. But everyone’s gotta squeeze at least one festival into their summer bucket list, so decide early and round up a crew of friends to go wild with! Here are your options:

Canadian Music Week
Every year, downtown Toronto gets swamped with over 1000 artists playing at 60 venues over 5 days. Check out our CMW guide for the best local bands and big name acts!
When: May 6th – 10th
Where: 60 different venues across the city.
Who’s playing: Tegan and Sara, Ellie Goulding, M.I.A., City and Colour, Neko Case, Television, OFF!, Odesza, No Age, Owen Pallett, and hundreds more. See the full schedule on the CMW website.
Cost: $75 for a wristband that will get you into most shows!

Field Trip
Arts & Crafts musical gurus bring us crazy-amazing talent every year for what feels like a gigantic class trip. Where you want to huddle beside your besties and get into some mischief that you couldn’t normally get away with.
When: June 7-8
Where: Fort York/Garrison Common
Who’s playing: CHVRCHES, Washed Out, Interpol, The Kills,  Broken Social Scene, Half Moon Run, Fucked Up, Austra, A Tribe Called Red, and the first performance in five years by The Constantines.
Cost: