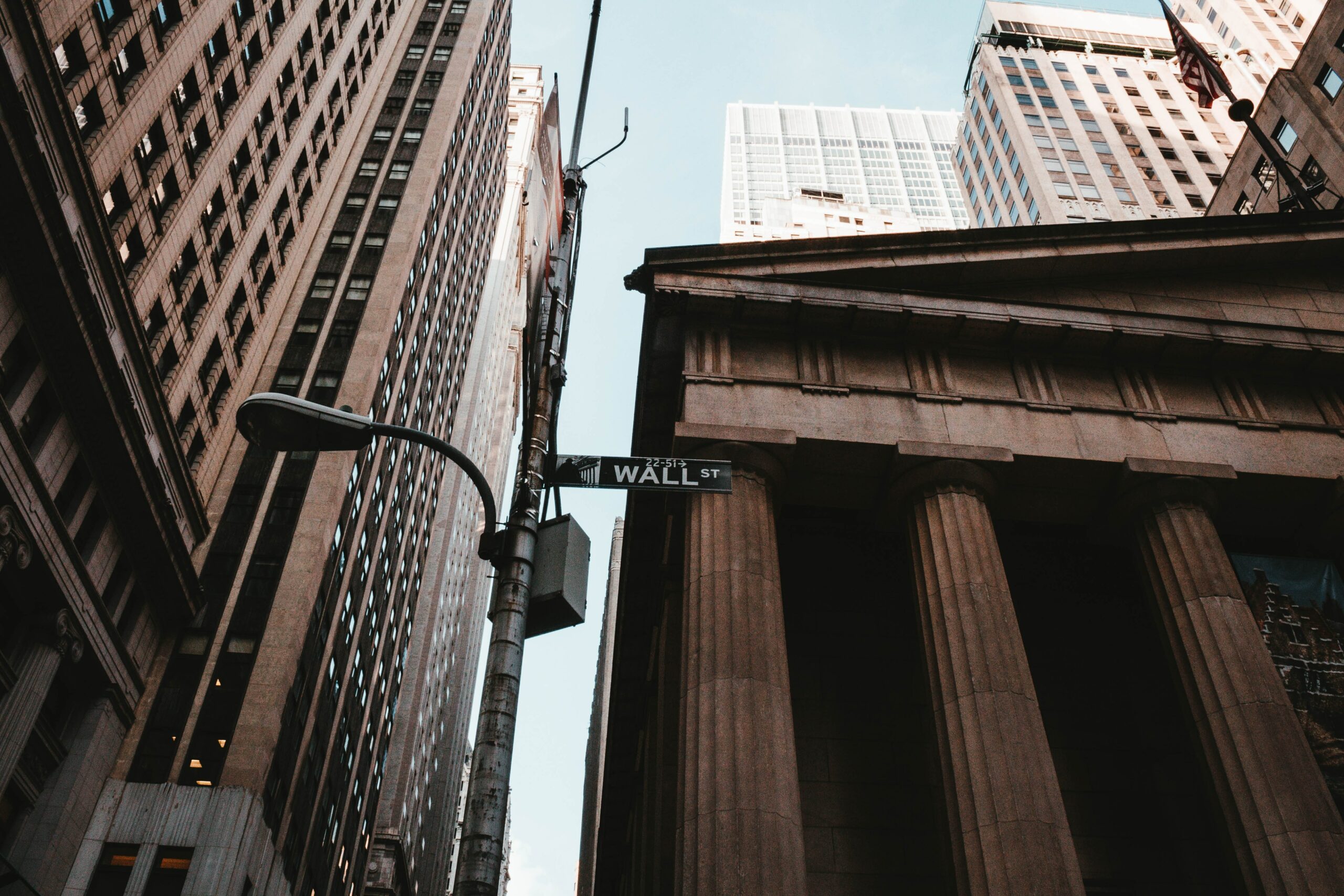 In her page-turning memoir Bully Market, Jamie Fiore Higgins paints a vivid and disturbing picture of a “racist, sexist and intolerant environment”. She describes a toxic workplace culture built on greed and excess, and daringly exposes the blatant misogyny that she endured at Goldman Sachs for 17 years. It’s like the Wolf of Wall Street, but through a woman’s perspective.

Jamie began her career in finance in 1999, nearly two decades before the #MeToo movement. For many of her co-workers, sex was viewed as a commodity and infidelity was rampant. Male colleagues took pleasure in branding female co-workers as either prudes or sluts. Motherhood was constantly challenged in the workplace, including being told to stop breastfeeding, because pumping at the office was not fitting for a Goldman Sachs employee. The book also delves into Jamie’s challenges with infertility, miscarriage, and the impacts that her all-consuming job had on her marriage and family life, and what the breaking point was that made her realize that she needed to walk away from her seven-figure paycheque.

Bully Market is compelling start to finish and will leave readers examining a multitude of issues in their own history and life. The Financial Times named Jamie one of the 25 most influential women of 2022, and it’s a title that’s well deserved. We connected with Higgins to hear more about her decision to leave Wall Street.

What was it that compelled you to write Bully Market? We’re glad you did, but it couldn’t have been an easy decision. Why was it important for you to share your story publicly?

It wasn’t until I left and had distance from Goldman Sachs that I began to see more clearly what I had been a part of, and just how toxic I felt my work environment was. I wanted to make sense of the experience, and try to understand why I made the decisions I made, why I accepted the treatment I had, and why I perpetuated the toxicity. I let that environment change who I was and I was interested in exploring that. Once I had put all my ideas onto paper, I decided to publish it.  I think our stories are more similar than different and I feel like I’m speaking for many. I hope this book shines light on the importance of workplace equality, inspires much-needed conversation, and creates change. I also still have so much regret about the women I didn’t help while I was there, and this book is a small way for me to make amends. 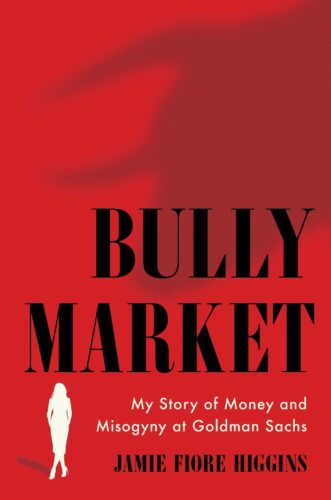 What has the feedback been from other women on Wall Street that has struck you the most?

The outpouring has been parts validating, and parts sad because although I’ve been gone from Wall Street six years, this environment is still very much alive and well. Women have shared gut-wrenching accounts of harassment and discrimination and remarked that reading my book has made them feel less alone. It’s been an honour to be a voice for them.

How significantly do you think the #MeToo movement moved the dial? And what are the biggest changes that still need to happen?

I do think that we have made inroads since #MeToo, but from the hundreds of messages I have received so much more work needs to be done. I’d like to think, for example, that my assault would not have been tolerated today. I still believe, however, that the careers of women are being slowly eroded at these large powerful organizations, like a death of 1,000 papercuts, where deals are still being done on the golf courses and opportunities for promotion and pay are being taken away from women. For there to be change, there must be commitments around diversity from these large organizations, not just talking points. Firms like Goldman have metrics for everything, they need to have metrics around the hiring and retention of women, and they need to report on these metrics, and be held accountable for them.

You used to pull in over 1M a year. How have your perspectives about money shifted since leaving Goldman Sachs?

My relationship with money has changed in some ways, but as a consumer, not at all. I was raised that money was for taking care of one’s family; feeding, clothing, educating them, etc. I never fell for “brands”. I still buy my clothes and shoes from TJ Maxx. My ideas around earning money have changed though. Goldman was excellent at making me believe that I was nothing without their name, nothing without their money. I really felt that I would never make a dime outside their doors, which is why I was so afraid to leave. I felt that Goldman was my only opportunity to make money. I was a prisoner to their money, but the irony was the door wasn’t locked. Although I was never frivolous with my money, I was frivolous with my time, and I see now that time is the finite resource, not money. There are always opportunities to make more money, but you cannot make more time. That’s why it’s so important to me to make the rest of my time count, but talking about the topics of gender equality in the workplace.

What’s your advice to the new mom who feels unsupported in their workplace?

I think about what flight attendants say on airplanes, that parents must put the oxygen masks on themselves before they put it on their kids. New moms to the workforce must have support. So take some time (which I know is hard to find) and decide what you can do to make your life easier. Start with home, like support with housekeeping, cooking, personal business and childcare activities. If you feel good about how things are running at home, and can free yourself from some of that burden, it will have a major impact on how you approach your work life. When it comes to the office, make sure you are knowledgeable about all the support your firm may give (like extra childcare and affinity networks for new parents). If you feel like you need some accommodations made because of your new responsibilities, don’t be afraid to talk to your manager about them. But, come to the table with possible solutions.

What’s your advice to the young woman who feels immense pressure from their family to take a certain path?

I know many new entrants to the workforce might think they are working for their companies, or for their family, or for their partner, but they are really working for themselves, and that’s who must be answered to. Friends, family, and trusted advisors are great for suggestions and feedback, but the decision is yours, you have the power. And if you ignore your inner wisdom and listen to others instead, you will find yourself disappointed and unfulfilled. Careers are like a pie, where you have part compensation, part passion and part flexibility. The best careers are ones where the values of your business are aligned with your personal values and where you are comfortable with the “slices” of your pie. And the most important thing is that careers can always be redesigned. So if you find yourself in a career that you aren’t satisfied with, because you were pressured by others, know that you have the ability and power to make a change.

How does it feel when you walk around Wall Street now?

Ironically, although I live in suburban New Jersey, my daughter’s eye doctor is down the street from Goldman’s offices. The first times we went after I left Goldman were haunting. Just walking past the building would make me physically sick as I would relive my experiences. After I wrote the book however, I felt so different. When I was in downtown Manhattan last summer I walked right by 200 West with my head held high. I realize now that my success at Goldman wasn’t because of them, it was because of me. I spent almost two decades of my life living and breathing by what they thought of me, and it feels so good to not be under that spell anymore.

What’s your advice to the women out there who want to walk away from a big career, but are nervous to take that leap?

The key is in the question. Don’t take a leap, take a step. I know there are a lot of women who feel stuck in their careers, and dream of a new path but are nervous to make the move. The idea of it alone can be overwhelming. My advice is to start small; take one step. Large transformations aren’t possible without small changes. Maybe it’s having a conversation with a trusted colleague or friend to start brainstorming about potential paths, maybe it’s doing research about careers. Maybe it’s sending out a dozen invites for networking coffee, maybe it’s brushing up your resume. The key to moving forward is getting started, and you get started by taking one small step.