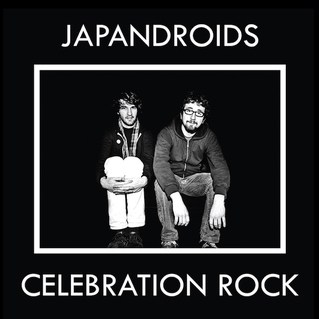 Japandroids at the Phoenix

A Japandroids show makes you feel exactly like you did the summer when you were 17. It conjures the feel of hot pavement on your thighs as you pull cans of beer out of a backpack, the wind ruffling your hair on the Toronto Island ferry, the lights of the midway at the Ex melting into a stoned kaleidoscope of present nostalgia. That term defines what is so great and wrenching about being a teenager, and so deeply satisfying about Japandroids.

There is nothing metaphorical about this message. Their 2010 single, one of the best songs on their new album Celebration Rock, features the anthemic chorus “Give me younger us.” The record captures a time when things were simpler, and the live show allows you to escape back there for two hours. The crowd at the Phoenix was a mixture of stage-diving, crowd-surfing, high-fiving, and of course the prerequisite stoic stand-and-nods that characterize most rock shows in this city.

While that portion of the crowd is an inevitability at most venues in town, at this show they seemed particularly puzzling. There is nothing about Japandroids to nod pensively about. Their sound, their lyrics, everything about them demands immediacy of experience. Yes, every chord seems steeped in nostalgia, but it’s the kind of nostalgia that makes you want to feel as alive as possible, as soon as possible. It seems an inhuman act of will to remain unmoving and unmoved by the voice-cracking abandon with which Brian King and David Prowse take the stage. The feeling is that their show hasn’t changed since they performed in the Vancouver basements generated by my imagination where their sound crystallized a thousand longing looks into a thousand backseat groping sessions and a thousand seemingly eternal, inherently fleeting promises. That is to say, they feel entirely authentic and entirely themselves, and they shoulder the aggressive, unapologetic celebratory nature of their songs in exactly the way you hope they would, a way that reminds you how amazing it is to love something without ever having to think about it.