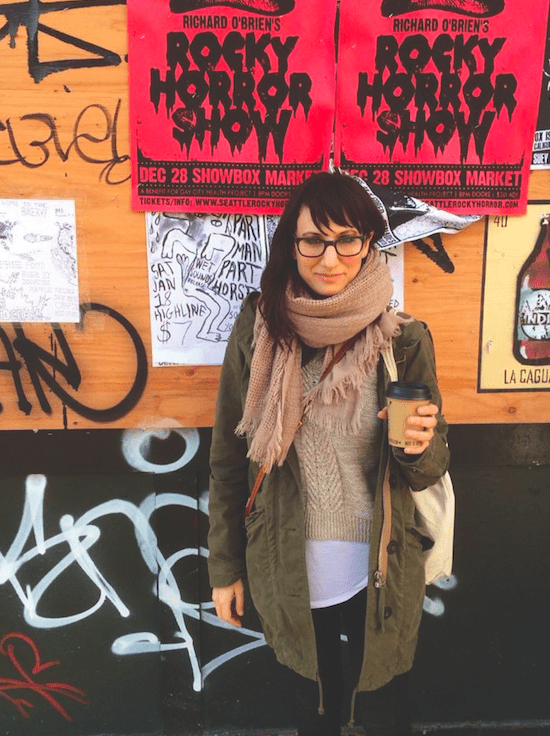 Jessica Bennett on Fighting Back Against Workplace Sexism

She Does The City spoke to New York Times journalist Jessica Bennett whose book, Feminist Fight Club: An Office Survival Manual for a Sexist Workplace, hits bookstores next week.

Have you met The Manterrupter: that guy on the other side of the conference table who talks over you and your female coworkers. Or perhaps you’re acquainted with The Bropropriator: the dude in the office who steals your ideas and gets credit for them? Welcome to the true-to-life cast of Jessica Bennett’s nonfiction book Feminist Fight Club. Part how-to guide, part feminist manifesto and part outright love letter to Beyoncé: Bennett’s book — as funny as it is useful — serves as a pocket guide for women navigating today’s millennial landscape of subtle workplace sexism.

It’s a fun read: Bennett’s writing is insightful, humorous and down-to-earth (e.g., she openly admits to crying at work while crouching on a coworker’s floor), but it will also make your blood boil. How could it now? It’s a book that has as its subject matter the everyday sexism, the gross inequality, and the downright unjustness of our working world.

Every page is a reminder that women still — STILL — make less than their male counterparts; that working mothers are penalized in ways that working fathers will never be; that men who negotiate for higher pay are seen as confident while women who do likewise are seen as aggressive and unlikable. (An aside: if anyone knows how to read about these things and not take it out on the nearest male, suggestions on a postcard, please). It can make for grave reading, made all the more real by Bennett’s rigorous research, fact checking, references to academic studies and cold, hard science. This isn’t some angry feminist’s diatribe; this is a clear-minded, rational journalist who’s saying it like it is. 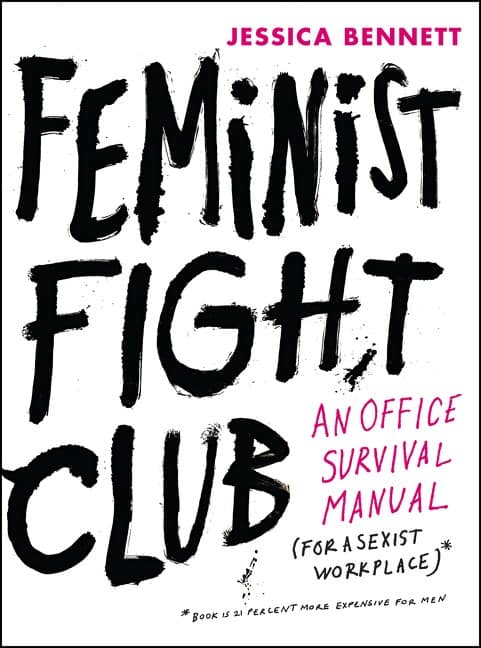 “I am angry about a lot of things,” says Bennett, who is a contributing editor at Sheryl Sandberg’s LeanIn.Org. “It can feel really overwhelming. How are you supposed to fix a problem if it’s a systemic issue? What do you do? Are you going to write to your congressman?”

She’s joking of course, but Bennett does actually offer answers in the book. As soon as she flags up a problem — say, the fact that women are more likely to be interrupted or asked to do menial office tasks such as coffee-making or note-taking — she offers pragmatic advice, effective tools and “battle tactics” as she calls them. (Don’t think this is a real problem? Melody Hobson, Chair of the Board at DreamWorks [also: black, female, powerful AF] was once mistaken as the kitchen help).

Born and raised in Seattle, Bennett says she never identified as a feminist growing up because there was no need. It was only on her arrival in the workplace (she started her career at Newsweek) that things started to feel different. At first she didn’t have a name for it and indeed that may be the modern working woman’s main problem: sexism in today’s workplace is so subtle, so nuanced, that it’s often difficult to even know it’s happening.

While our foremothers saw a system that was blatantly unjust, the issues facing today’s working women are often nameless enemies: the tacit assumption that female employees will tidy the office, organize the office party, make the client’s coffee; that new mothers are less committed than new fathers; calling women in charge “aggressive,” putting down female bosses because they’re not “nice” enough or don’t smile enough. It’s death by a thousand cuts: no one incident on its own is fatal, but these things add up.

The title of the book stems from Bennett’s own experience as a twenty-something writer trying to make it in New York City and being stymied by her gender at every turn. She and her fellow ambitious-but-struggling cohort would gather in a friend’s apartment to bitch and moan and offer advice and finger snaps and as many YAS QUEENS as was needed. These casual hang-outs became known as Feminist Fight Club — a noughties version of the 1960s consciousness-raising groups — and would go on to inspire the book.

Feminist Fight Club is littered with whimsical illustrations (courtesy of Saskia Keultjes), bang-on insights and no-nonsense ways to get what you’re owed (my favourite chapter is on negotiating a raise, entitled: “F You, Pay Me”).

“Everyone should make their own Feminist Fight Club,” says Bennett. “Do it however you want, set whatever goals you want, but having a group of women who are gonna be your army is incredibly helpful and powerful.”

Feminist Fight Club is a practical guide that every woman who’s ever had, or wants to have, a job should read. FFC is published by Harper Collins and will hit shelves on September 13.