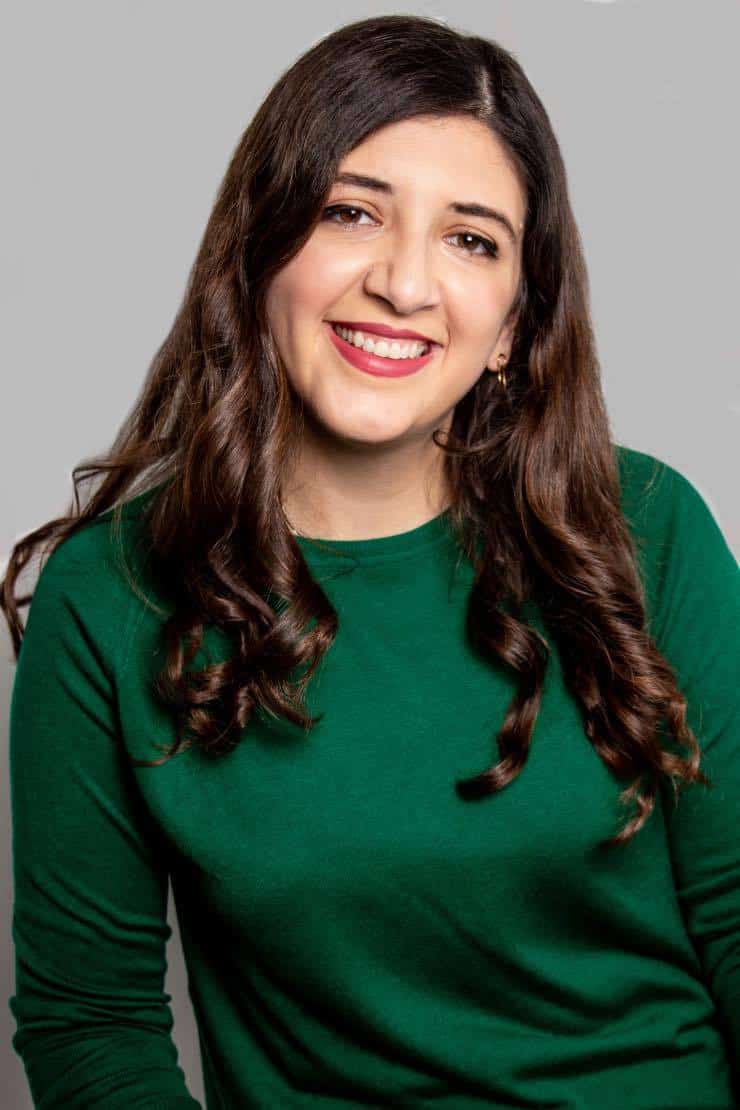 Featuring a mind-blowing, all-star line-up of some of Toronto’s foremost female-identifying comedians, this show is not-to-be-missed if you want to spend the night doubled over with laughter.

We had a chance to talk with one of the show’s fantastic comedians, Nour Hadidi, about the upcoming show, relationships, dating, and being a Parade Mom. Nour has written for This Hour Has 22 Minutes, The Beaverton, and is regularly featured on CBC’s The Debaters.

When you start writing jokes for a show centred on sexuality/dating where do you begin?

I usually turn most things that happen in my life into jokes. My dating material is no different: I really want an app that lets me know if I’m on date or not; and sometimes I have to ask myself if I like a guy or if he’s just listening to what I’m saying, you know?

When it comes to dating and relationships, what issues are irking you these days?

I think a lot of people date on Instagram now, which is fine, but Instagram should change their features to accommodate this. For example, Instagram stories should not disappear after 24 hours; they should ONLY disappear after your crush has seen them. And there should be a stalk mode for when you show your friends pictures of the person you’re seeing without accidentally double tapping a post from 2010. Can someone who works in silicon valley please work on this?! Thank you!

Also not setting expectations at the beginning of a relationship can be tough. It’s hard to ask for what you need, especially as a woman because we’re told to be chill and not be too needy. But there’s nothing wrong with asking for what you want, otherwise you won’t be happy. Also, check in every once in a while. Like, don’t tell me this is casual and then ask me to be your emergency contact okay, Sir?

One time after a date a guy asked me for money so he could take the subway home. I never saw him again but he still owes me $3.25.

I would be the Parade Mom: onsite with a clipboard and a headset (aka. the Britney mic) making sure everyone is okay and that the parade is running on time.

I love Allie Pearse, the producer and host of Slut Parade. She’s such a funny and talented comic and is killing it all over Toronto. And every single act on the show is incredible and inspires me as a comedian and a writer.

I also like listening to Jameela Jamil talk about body image and fight back against diets, fads, and how society expects women to be skinny and beautiful all the time. We are expected to never age, look young and skinny and in shape which is never required of men.

I’ve gotten through a lot of the hard times in my life by turning them into jokes. It’s very cathartic and it allows me to process what I’ve been through.

I also think that watching comedy can be really good for the soul. I am a big fan of Gary Gulman, and I loved watching his HBO special The Great Depresh. He talks about his battle with depression and mental illness. I saw him perform that hour twice and I still watch it every couple of months on HBO. There’s something so empowering about seeing someone turn the darkest times of their life into comedy.

Red should have won a Grammy.

I am very excited to be a Slut and you should come support me in this endeavour.

You heard her, support Slut Parade this International Women’s Day by grabbing a few friends and heading to the Royal Cinema to laugh your tits off. The show starts at 8pm on Sunday, March 8th. Tickets can be purchased in advance here.