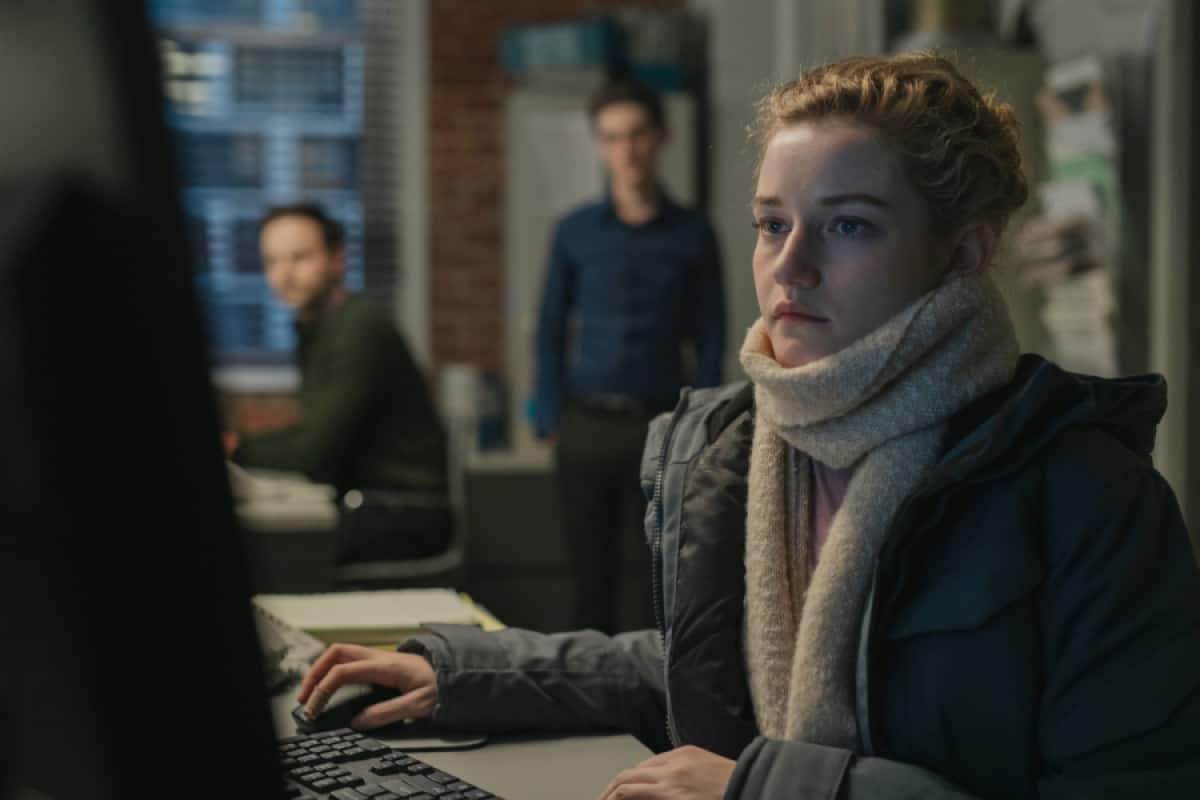 Posted on January 28, 2020
Award-winning Australian filmmaker Kitty Green is best known for her hard-hitting and provocative documentary films (Ukraine is Not A Brothel, Casting JonBenet), but that’s about to change when her debut narrative film, The Assistant hits theatres this February.
“As the courage of outspoken accusers inspired women in all industries to step forward and say ‘me too,’ Green knew she had found the subject for her first narrative film: not the misdeeds of one person, but the entrenched system that supports the many,” read the press notes. It’s a watershed moment most of us will always remember; first watching it gain traction, quickly followed by retracing of our own history, acknowledging our own #metoo moment.
Immensely powerful, The Assistant accurately captures the nuances in an executive entertainment office, as experienced by a low-level employee who’s trying to cut her teeth in an industry rife with abusive power dynamics and misogynistic practices.
The story follows the life of Jane (Julia Garner) a recent college graduate and aspiring film producer, who has recently landed her dream job as a junior assistant to a powerful entertainment mogul. Her day is much like any other assistant’s—making coffee, changing the paper in the copy machine, ordering lunch, arranging travel, taking phone messages, on-boarding a new hire. But as Jane follows her daily routine, she, and we, grow increasingly aware of the abuse that insidiously colors every aspect of her work day, an accumulation of degradations against which Jane decides to take a stand, only to discover the true depth of the system into which she has entered.
Sound familiar? It could be a chapter in our memoir. Gripping, tense, and highly relatable—The Assistant will bring you right back to the era when this behaviour was, for many, the status quo; when misconduct and sexual assault was hidden in plain sight, and where painful secrets were intentionally buried.
For those of us who’ve worked our way up the ranks in the film business, The Assistant will likely feel like a full circle moment—eerie and satisfying in equal measure. Following the screening, industry veteran Teri Hart will moderate a conversation and Q&A with Director Kitty Green.
We hope you can join us for this special event. Tickets are being allocated on a first come, first served basis—RSVP to info@pioneeringwomen.com to reserve your spot.
There is no fixed price for this event, but as this is a fundraiser, guests can donate what they can towards Pioneering Women: a professional development and networking organization dedicated to supporting Canadian women in film and media.
Monday, February 3rd, 7pm
Scotiabank Theatre, Toronto / 259 Richmond Street West
More on Pioneering Women here. Watch The Assistant trailer now. 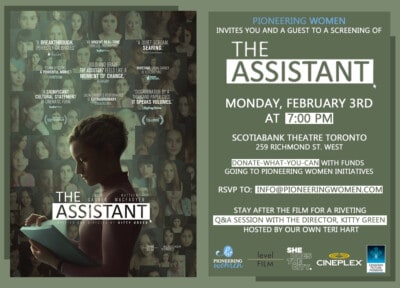