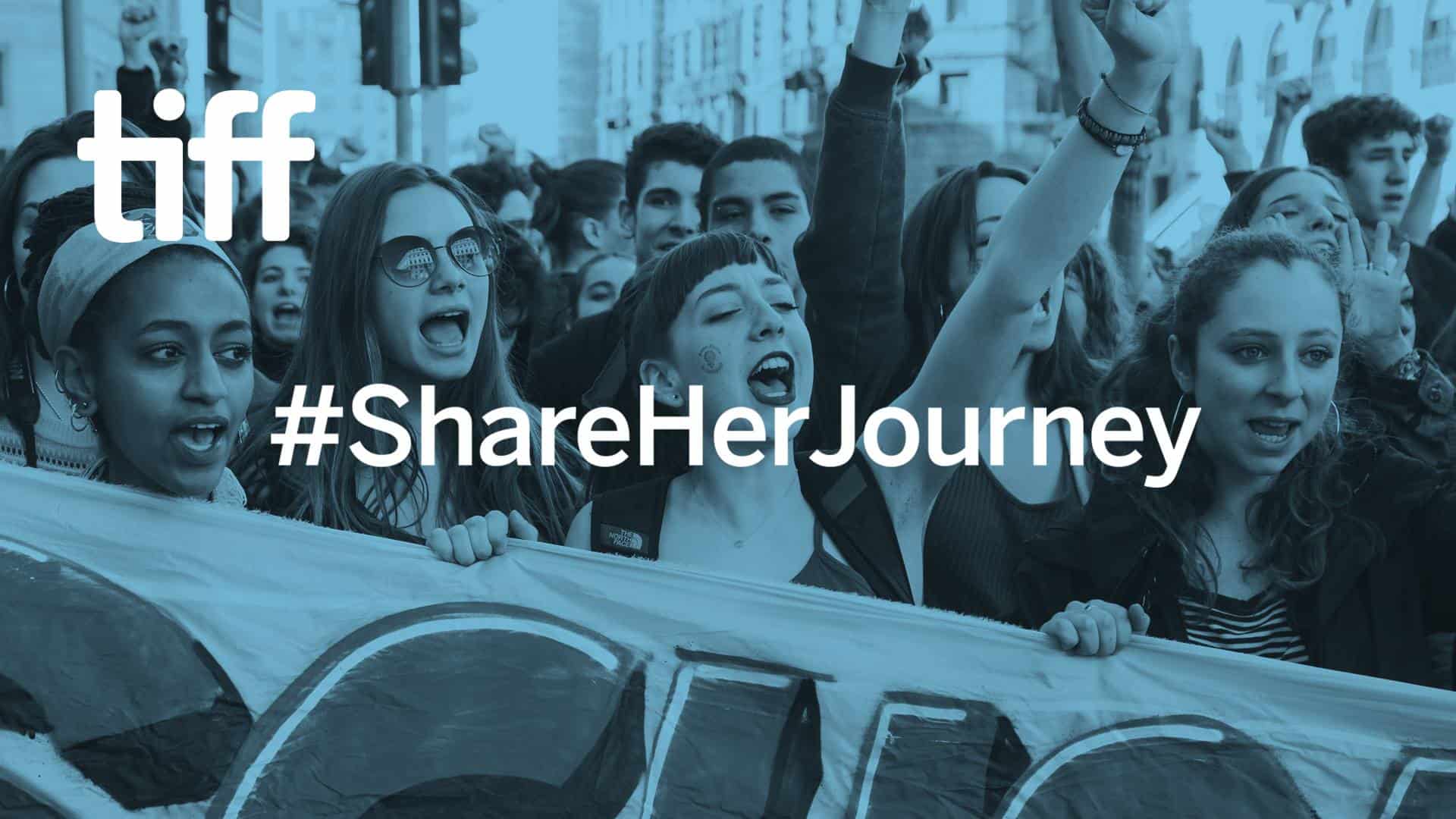 If there’s one event we won’t be missing at this year’s Toronto International Film Festival, it’s the Share Her Journey Rally on September 8.

Last year, we saw how the #MeToo and #TimesUp movements mobilized a new era in the film industry, one that would no longer tolerate gender disparity, sexism or inappropriate behaviour of any kind. Behaviour that was normalized within the industry, everywhere for far too long. The fight for justice, equity and opportunity is far from over.

On September 8, before you hit a red carpet, be sure to hit the streets and join us as we take a stand with #WomenInFilm to demand change. The rally will take place outside of TIFF Bell Lightbox (350 King Street) and will wind around John Street, toward the Slaight Music stage.

Spearheaded by TIFF’s #ShareHerJourney initiative, this rally is made possible with the support of partners ReFrame, #TimesUp and #AfterMeToo. Those who show up will be inspired by thought leaders from near and far. Here’s the list of phenomenal speakers so far:

The unforgettable morning will begin and wrap up with performances by Molly Johnson and Shakura S’Aida.