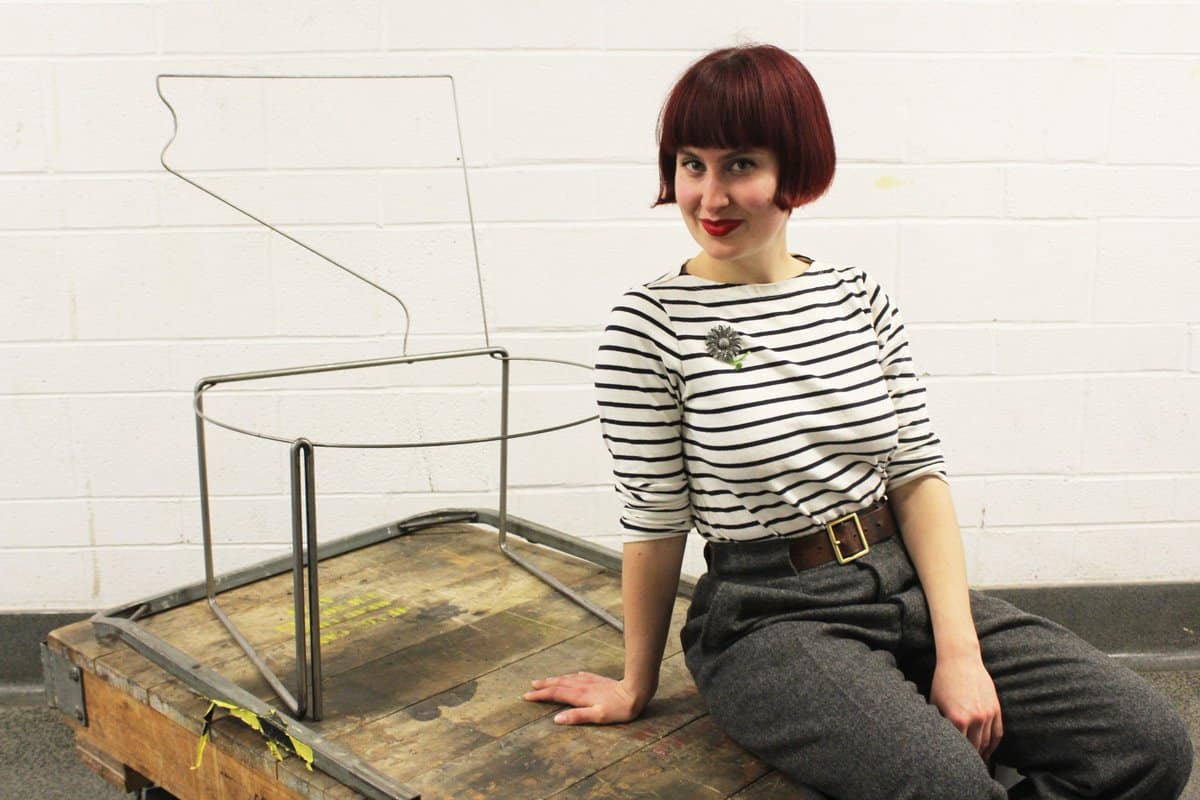 Toronto-based artist and writer Josi Smit was recently named Ontario’s winner of the BMO 1st Art! competition with her Toronto-themed submission, Airy Bright Top Floor APT by Christie Pits. The competitive (and often infuriating) Toronto rental market, this idea of transition, and the experience of losing all of her possessions in a devastating fire all informed the concept behind the work.

We asked Smit about the fire, her artwork, and what she plans to do next year. You can see her winning submission on display at the Justina M. Barnicke Gallery (University of Toronto) from November 15 to December 8, 2018.

SDTC: This piece is informed by the experience of losing everything in a house fire. Can you tell us what happened, and how it affected you and your artwork?

JS: It was the Friday of my eighth-grade March Break, and I remember sleeping in until 3:00 p.m. that day. I was home alone until my parents and my brother picked me up an hour later to go out for dinner. When we came back and pulled into the garage, I could tell something was off because the central vacuum was running and filling the garage with an aggressive sucking drone. Then my mom opened the door to a wall of black smoke.

It turned out in the hour we’d been away for dinner, the fire started from a frayed extension cord in our basement, spread up through the ceiling, burnt through the plastic water pipes, and was extinguished. Even though the fire was localized to the stairs and a section of the basement (which happened to store all my childhood toys), the smoke damage was so extensive that we lost nearly everything. I never went inside because I didn’t want the memory, but my dad said it was uncanny—everything was in its proper place, just as it was hours before, but caked in a greyscale of soot. The smell was inescapable and noxious. The entire interior of our house was gutted, and we were displaced for six months while they rebuilt.

It took a while for me to piece together the significance this experience had on my artwork. I realized after finding myself drawn again and again to humans’ relationships with possessions, homes, memory, and absence, that my family’s house fire was a formative experience that underpinned a lot of my interests. I was always nostalgic and attached to “things.” I personified hair combs and stuffed animals, and the house fire deepened my predispositions.

It fascinates me endlessly how objects and spaces, especially possessions and dwellings, can be such potent containers of memory and personality. Through them, we record and signal who we are, who we’ve been, what we value, what we desire… 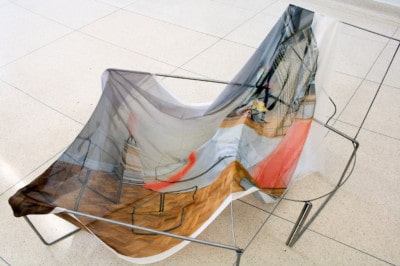 How long have you been navigating the Toronto rental market? What apartments stand out in your mind, and why?

I’ve been navigating the Toronto rental market ever since I moved to the city in September 2011. I’ve actively apartment hunted for four of the seven years I’ve lived here, with degrees of success that vary from “complete failure,” to “it will do for a year,” to “how did I luck into getting this?” Honestly, I still have stress dreams that my current apartment will somehow be taken away from me, and I’ve lived here for three years. It’s just such a precarious market to depend on.

I have pretty detailed memories of every apartment I’ve ever seen, and they always pop in my head when I pass by them. The corner of Montrose and Harbord reminds me of waiting in a line that stretched down the block just to get into an open house. The place was mediocre—half the rooms were in a basement with six-foot-tall ceilings—and I went home with sunburnt shoulders.

Just a few blocks over on Shaw, there’s my first one-that-got-away: a west-facing second-floor two-bedroom in a semi-detached home, with a massive kitchen and a sunlit living room. The landlord called the next day to say my roommate and I were their second choice. It stung to be so close. Then there’s the three-storey detached home by the lake on Springhurst that I’ve convinced myself was a scam because it was way too good to be true, but that’s probably just a coping mechanism. It had skylights and a long backyard.

Why do you think this submission stood out from the others to clinch the Ontario prize at the BMO competition?

Our interactions with art are amazingly individual and subjective, so I find it difficult to speculate what draws someone to any particular piece. I was constantly motivated by my peers at OCAD who were creating fascinating and thoughtful work, and that’s just a sample of artists from one university. All I can say is it was incredibly humbling to be chosen as the Regional Ontario winner, and I’m grateful that my work has resonated with some folks.

Can you walk us through your process of creating Airy Bright Top Floor APT by Christie Pits?

The construction of the work began with the fabrication of the steel “furniture” outlines, which were all based on rough approximations of pieces of furniture I have once owned. They were created with a combination of heat bending and MIG welding steel rods into shape, then grinding and sanding them to a smooth finish.

After six pieces were constructed, I proceeded to document them in the Toronto apartments of some friends, moving out all the furniture from either a living room or bedroom, then re-staging the rooms with the steel outlines and traces of the space’s previous decor, to hint at the personalities of the tenants temporarily occupying the rental spaces.

Airy Bright Top Floor APT by Christie Pits features one of these photographs printed large-scale onto a translucent silk georgette that is draped over an arrangement of two of the steel pieces.

I have a few project ideas that involve materials and mediums a bit different from what I’ve done most recently, so I’m excited to begin developing those. I’m also looking into workshops that will allow me to expand my skill set. It sounds cheesy, but I essentially just plan to keep learning and developing, and hopefully collaborating with some friends who are producing exceptional work.