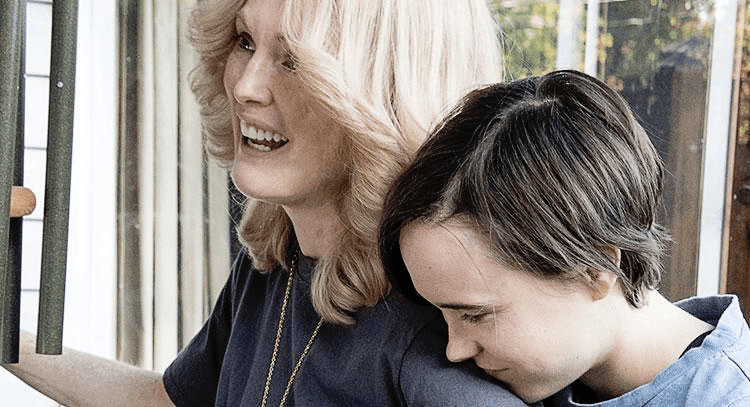 Freeheld is the most authentic lesbian love story to ever come out of Hollywood. With an age gap of nearly thirty years, it may be hard to imagine a romantic relationship between Julianne Moore and Ellen Page, but their on-screen chemistry is like dropping a bath bomb into a hot tub: exciting, sensual and explosive.

The film tells the real-life story of Laurel Hester (Julianne Moore) and Stacie Andree (Ellen Page), who made national headlines in 2005 when they fought and won the right to shared pension benefits for same-sex partnership, helping to further equality for the LGBT community at large. Their story is compelling, heartbreaking and beautiful; Freeheld does it justice.

Laurel is a high-ranking detective with a respected reputation for cracking open drug rings and putting cocaine kingpins behind bars. For fear of damaging her reputation on the force, she keeps her sexuality hidden.

It’s at a women’s volleyball league, in a nearby suburb, where Laurel meets young Stacie. From the moment they first connect (an intentionally poor serve by Stacie to boost the confidence of a faltering Laurel on the opposite team), to dancing hip to hip at a queer country music night, we feel their nerves, their insecurities, and their tingling libidos. We watch them stumble through a shift in power; sometimes Stacie leads, other times Laurel feels like both a lover and a guardian.

The film moves quickly from their first night in bed to looking for a house and dog, but it’s believable. Through the subtle ways the actors glance and touch one another, it’s not hard to see that this is a relationship founded on a strong foundation of mutual respect for one another and that both women are one hundred percent committed, which is actually quite refreshing to see in a big budget film.

Just as life appears settled, Laurel is diagnosed with lung cancer and given a bleak prognosis. With time funneling at warp speed, she swiftly begins all forms of treatment while Stacie does her best to remain strong and hopeful.

A pragmatic woman, Laurel swiftly attends to all business affairs that need tidying before her imminent death – number one being to ensure that Stacie can remain in their home, which means getting approval from the Policemen’s Benefit Association to have her legally bound life partner added as a beneficiary to her pension. She is denied and this is where the real story of the film begins. Now, she has two fights: the fight for her life and the fight for equality.

Beyond the powerful performances from Moore and Page, Freeheld also has knockout performances from Michael Shannon, who plays Laurel’s longstanding partner on the force, and Steve Carell, the hilarious gay Jewish activist who leaps on to Laurel’s story as an opportunity to further his political agenda for gay marriage. Perhaps the most torn character is played by Josh Charles, the only member of the Republican County Freeholders (the men with the power to make change) who wants to do right, but is pressured by the other members, and his own career motives, to continually deny Laurel’s request for shared pension.

This film did a lot of things to my mind and body: I was turned on, brought to tears, enraged and, for an 103 minutes, utterly immersed in both a love story and a maddening bureaucratic mess. I wanted to raise a sign and join the fight, and also call my loved ones immediately after the film to express my gratitude and love.