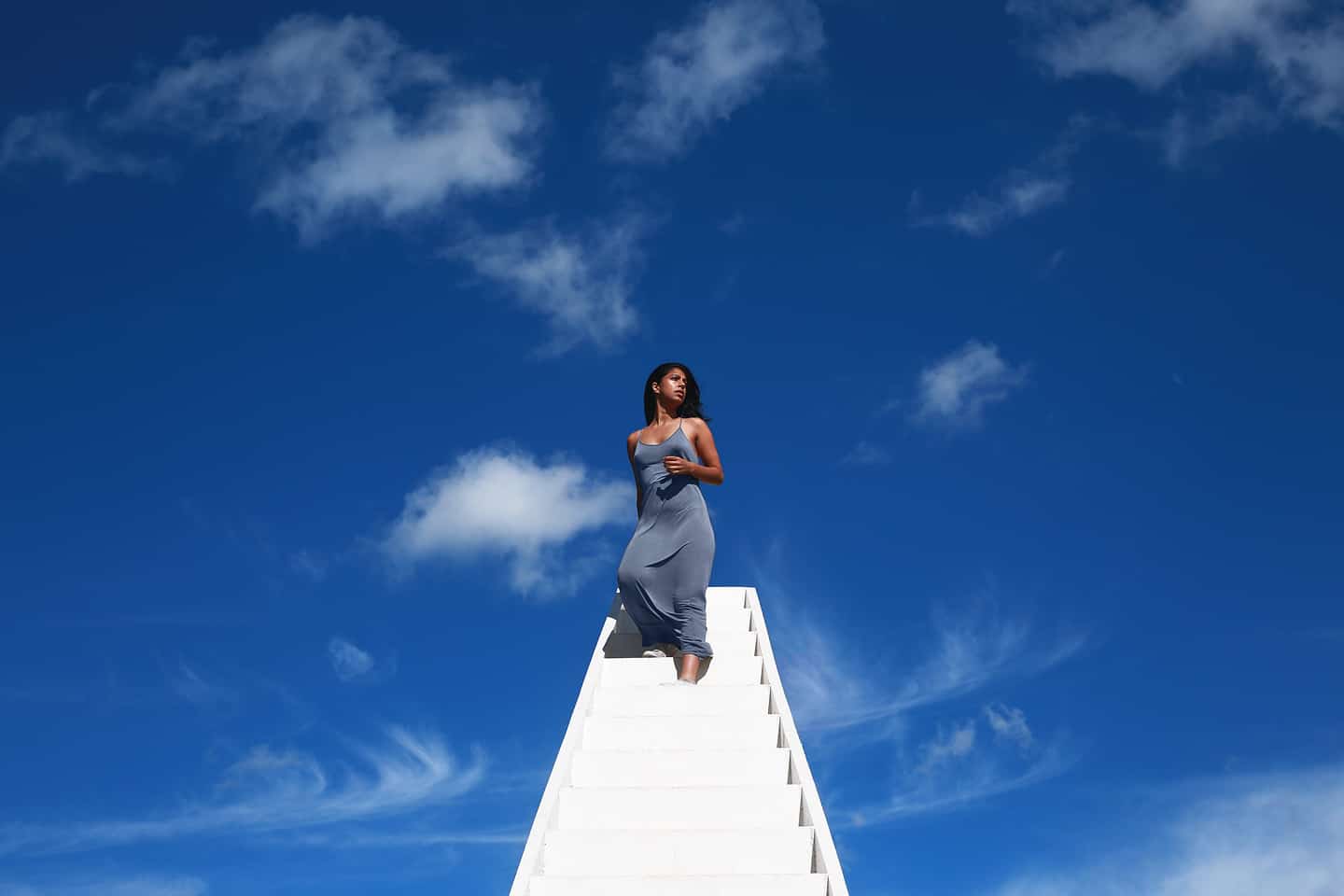 Jungle Flower: How I Found Healing After Abuse

After escaping a psychologically abusive relationship, Jungle Flower founded Reclaim Your Voice, a grassroots organization which creates safe spaces where people who have experienced abuse can share their stories. Her performance, JUNGLE FLOWER DRAGON HEART, is coming to Innis Town Hall this week. The event will feature a collection of travel stories, spoken word poetry and visuals which tell the story of her journey of experiencing and healing from abuse.

SDTC: In 2006, you left an abusive relationship. What happened?

JF: I met him through work. He contacted me to get some photographs taken at his clothing store. When we met I was attracted to his confidence and his success. I was young, naive, and insecure, so when after only two weeks of spending time together he told me he wanted me to be his girlfriend, I was flattered and jumped at the opportunity. But gradually he started using anger to control my life, and I began to avoid doing things I knew would upset him. He would become especially angry if I spent time with any of my guy friends and I ended up cutting ties with all of them so as not to cause problems in our “relationship.”

He went from quietly but sternly telling me what to do to screaming at me in half hour long fits of rage. He would do this in private and in public as well, in front of my peers. It was humiliating and diminishing. He once went so far as to angrily rip open my halter top in the middle of a crowded mall. He was also my first and only experience of sexual coercion, getting me to perform a sexual act in order to punish me for speaking to another man in his presence. I tried to leave him on several occasions, but he would call and text me nonstop until I gave in, something I didn’t know was a form of stalking. Eventually things got so bad that he threatened to hurt people I loved if I ever left him. That’s when I surrendered to the relationship.

Everything I experienced at his hands fell under the umbrella of psychological abuse, something I’d never heard of at the time. I never saw it as abuse because he never put his hands on me. But one day in anger he spat in my face and slapped me and that was my wake up call. I realized that all his promises to work on his temper were empty and that I had to leave immediately. But of course he didn’t make it easy, ringing down my phone, texting me constantly and even showing up at my home. Just when I thought I would never get away from him, he was arrested for something unrelated.

I’ve come to see his arrest as an act of divine intervention. The healing journey for me has been long and arduous but I would say the first step for me was when I finally opened up to friends about how much my experiences with him had affected me. I was surprised by how much relief I felt from simply getting it off my chest, and further shocked when they in turn began to share their own stories with me. I couldn’t believe how common it was. Inspired by this, I founded Reclaim Your Voice (@reclaimyourvoice) in 2012 to offer safe spaces where people who have experienced abuse and sexual violence could share their stories and hopefully experience that same sense of relief that I’d felt when I first shared mine. Over the past 7 years my team and I have hosted over 50 free events to support survivors as they break their silence.

What came out of your solo journey this past year?

I departed Toronto in January of this year and spent 9 months travelling solo while writing my memoirs of experiencing abuse. I shared them in intimate detail on Instagram because the person who abused me was still stalking me online (13 years later) and I was no longer willing to live in fear of him. This was the scariest thing I’ve ever chosen to do and it took me three months of battling with anxiety to actually start sharing. But each story I shared was met with an incredible amount of love by my supporters and overtime it became easier and easier. Through this process I released so much fear and insecurity and this person who once haunted so much of my waking hours has become no more than a speck of dust in the universe that is my life. When I looked back on the journey I took and how deeply challenging it was, I would say what I learned about myself is how strong I am to have taken all of this on, facing my greatest fears while alone on the other side of the world, and come out of it more alive than ever.

Why do you think speaking out about abuse is so transformative and powerful?

In my training as a trauma-informed writing guide, I learned that when we experience a traumatic event, there is a decrease in activity in the Broca’s area of the brain which is responsible for speech processing and production, and an increase in the amygdala, the emotional centre of the brain. When we are able to put words to our experiences, through writing or speaking them out loud, it works to piece together these wordless, fragmented traumatic memories we’ve stored, which helps to resolve the inner confusion we so often feel after abuse. And when our stories are met with love and support, it validates our experiences and connects us to community, which counteracts the isolation in which abuse so often occurs.

What are other healing practices that have helped you?

As much as I love doing this work, taking a break from thinking about trauma is important because our emotions are meant to be regulated. Some of the healing practices I enjoy are meditation, Qi gong, pranayama, soundbaths, energy shifting massages, and laughter yoga. Even just breathing deeply and eating nourishing food can go a long way in maintaining a healthy mental state.

What do you hope people get out of your event this November?

I had years worth of stories to tell at my November show and I had no idea where to start or what to include. What finally centered me was bringing myself back to the initial intention behind my efforts as a humanitarian: to offer comfort and hope. So the show was put together with that at the heart of it. I hope that people who attend my show connect with their own abilities to break their silence so that they can live their own lives to the fullest, and I hope that they are reminded that they are not alone in what they’ve gone through.

What is one thing you wish more people understood about the nature of abuse?

I wish people understood that although there are threads of similarities that connect our experiences, we’re all affected differently and so we shouldn’t compare our healing journeys to those of others. Trauma is complex and instead of focusing our thoughts on how much slower we seem to be moving than others or how much happier other survivors might seem to be, we all experience ups and downs and our journeys are unique. The soul exists in a space beyond time and so time is irrelevant when it comes to our healing. Wherever you’re at on your journey and whatever you may be feeling is okay. Keep going.