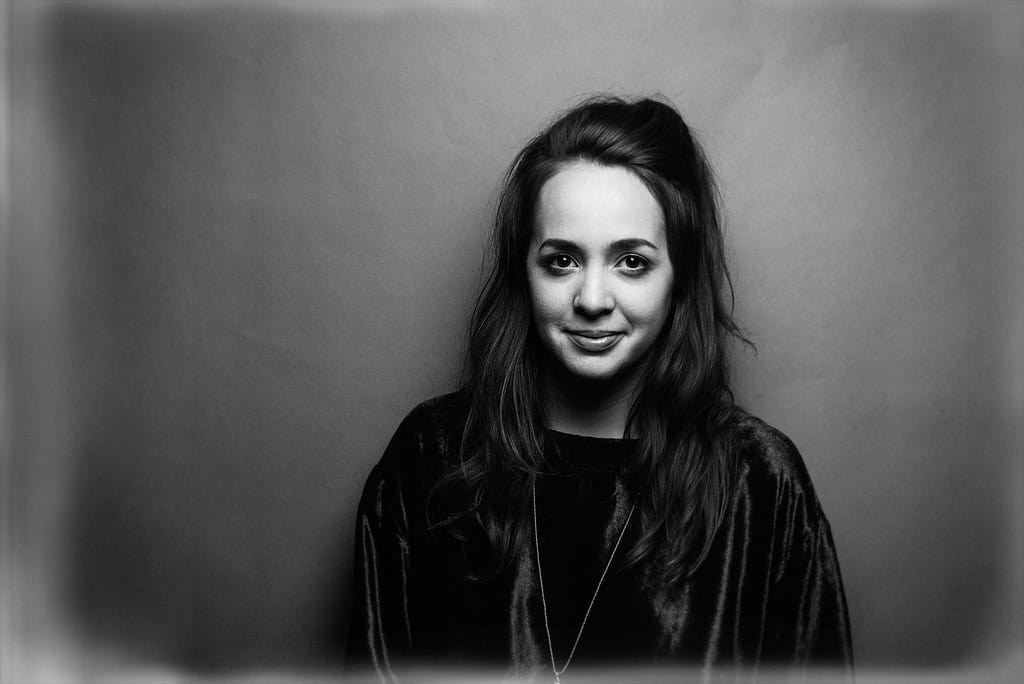 In an unknown post-apocalyptic future, a woman is recording a video in her apartment when she is interrupted by a service repairman. After letting him inside, she is forced into a precarious situation.

Directed by Zachary Russell, 7A is one of the genre-bending films at #TIFF18 that is sure to have your heart beating a bit faster! Starring Kayla Lorette (who co-wrote the film), this captivating thriller has the tension of Black Mirror and will have you pondering themes of female vulnerability long after it’s over.

Kayla is one half of the popular Toronto comedy duo The Sufferettes and is set to star in the upcoming show New Eden.

SDTC: How are you feeling RIGHT NOW about having 7A premiere at TIFF? What’s on your mind? Are you excited/ anxious?

KL: It feels wonderful to have 7A premiering at TIFF. This is the second short film Zack Russell and I have collaborated on that has had its premier at the festival. While it’s a wonderful experience sharing any work with an audience, I wouldn’t say I love watching myself up on the big screen. Sitting in the dark theatre, my whole body goes very stiff and still in anticipation. I’m sure I look like I’m having an unpleasant time, but that’s just my process. My self-doubting process.

When you think back to your childhood/youth, what dystopian story had an impact on your life?

I’ve always loved dystopian stories. Speculative fiction allows for such creative world-building and really makes my little brain happy. Not only are you seeing this twisted reality, but you are left to imagine how it got to be that way. I loved Brazil and A Clockwork Orange and probably watched them when I was a bit too young. Fun, disturbing content for a teen girl. Children of Men remains one of my favourites as well. And I honestly remember loving Waterworld, which is something I’m not proud of and don’t want to discuss.

If you had to summarize the experience of writing and starring in this film in two sentences, what would you say?

Compared to the creation of our previous short She Stoops to Conquer, we tried to not overthink or overcomplicate the writing process. We shot the entire thing in a day, and I bruised my body very badly in the process.

What big questions has this project, in its entirety, made you ponder?

The process of making this short was so fast, and that was thrilling! We trusted ourselves and the power of our editor and didn’t let ourselves worry too much about making something perfect. It was a nice lesson in letting go of creative insecurity and just making something. 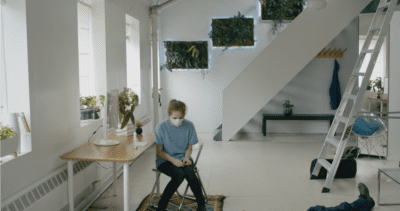 What discovery about yourself did you make while making this film?

I discovered that I’m not very coordinated when it comes to fight sequences. My body has a real “mushy noodle” quality that doesn’t help with sharp choreography, but so much can be achieved (hidden/deleted) with editing.

What’s a current goal you are working on?

I’ve been working on several projects that require so much more writing than I’ve ever done before in my career. I started out as an improviser and was always dismissive of my ability to write. But the storytelling skills I learned on stage have helped me build my confidence. I’ve found so much freedom in creating my own work, and I can’t wait to keep getting opportunities to make stuff.

What advice has really helped you steer your career?

I’ve always loved collaboration and believe that seeking out healthy and inspirational creative partnerships is key to a happy career. Some of the best work I’ve been involved in has been because a bunch of crazy brains got together and gave each other the permission to be ambitious and wild.

What do you want to say to the creative who is feeling defeated?

Look to your community of artists. Try making work with someone you find inspiring. Creating can be lonely and overwhelming. Sharing your thoughts and ideas with others can spark so much! Also, you’re going to feel defeated a lot, so maybe get a relaxing hobby for those dark periods. Early this year I made a diorama of the final scene from The Sopranos. Creatively satisfying? Yes. At all necessary? Heavens, no.

Lastly, a silly/fun one, what’s your best advice for conquering/surviving/thriving during TIFF?

Oh god, I don’t know. Stay hydrated and have a sense of humour about things. And don’t try and be a hero with a small purse. That’s more of a tip for myself. I know I’m a tote bag spirit at heart and I need to embrace that.