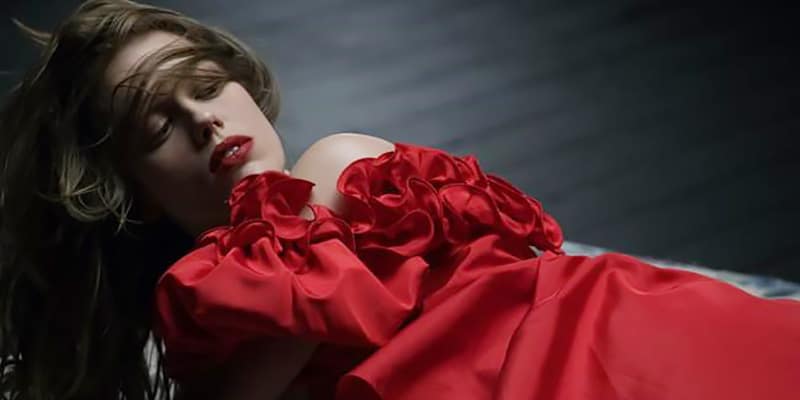 "The feeling of finding your voice and finding your power is such a grotesque resurrection...it really had me feeling like I was upchucking bile."
Film

The moment I shared my love and admiration for Sugar Daddy on Twitter, my tweet was immediately LIKED by a big ol’ real-life Sugar Daddy. He looked about sixty, had a long grey beard, and a wink that I spotted even in his teeny-tiny Twitter photo on my phone. I wasn’t surprised—Sugar Babying is a booming industry, with UofT being an international hot spot for the service, but while Wendy Morgan’s brilliant (and I do mean brilliant) film, written by and starring the inimitable Kelly McCormack, tells the story of a young woman exploring the Sugar Daddy world, this is far more a film about the challenges of being an artist, the objectification of women, and how we find our voice in a world that grooms us to be nice, to placate and to please.

“I was working so many part-time jobs I hated and I was feeling a lot of despair and disrespect in the arts industry. I was feeling that my gender and femininity were being mandated differently in the different part-time jobs I had. I was working at a boutique, at a restaurant, a catering company, and a dental office…and I could feel the different ways I had to alter my femininity to serve the managers,” says Kelly, who was living in NYC at the time.

While she was spending nearly every waking hour working on other people’s passion projects (and being objectified in the process) Kelly came to discover that peers of hers were making money in a different way: Sugar Babying. “When I found it out I was sort of alarmed and had a lot of judgemental responses to it. But then I started investigating my own judgement right away and thinking about where it came from, and thinking about art and self worth, sexuality, and packaged femininity…and then I started feeling like everything was Sugar Daddy,” says Kelly, arms gesturing to the universe. “I started to see it everywhere, the ways in which women are commodities, with or without consent.”

We won’t call it an “a-ha” moment, but it certainly was a moment. Kelly quit her part-time jobs, locked herself in her apartment for three months and began writing. 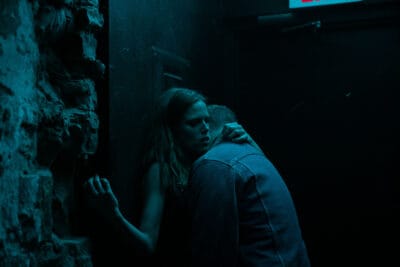 Just about every woman will recognize parts of themselves in Darren’s story—uncomfortable parts, or chapters in history. The film sent me hurdling back to 2002, when I was 22 and trying to establish myself as a capable young professional in the film industry.

Unlike Kelly, I was never on a stage or in front of a camera, dealing with gropey directors, but in an office, often hidden away in the photocopying room, doing the least desirable jobs at a film distribution company.

Every morning, I would deliver the press clippings to various offices, executive offices, corner offices. Sometimes I was asked to twirl, to show off my outfit (my ass). One time, while working away at my desk, I was asked if I’d fuck the president. I wish I could tell you that I told them to fuck right off, or filed a complaint with HR, but I didn’t. I didn’t know how to respond. I replied with a meek “No.”

“This character was risen from the ashes of all of our early twenties,” says Kelly. “When you ask a woman about their early twenties it’s often followed with a shudder and a laugh. And that is the space I wanted to occupy.”

It’s a space that a lot of people are interested in exploring, especially artists, but Kelly has done it very differently. This isn’t a ra-ra female empowerment journey—it’s an ugly journey.

Unlike so many stories, where there is a predictable arc of a character struggling to get noticed, who then finds their voice and  rises to stardom (cue the packed stadium of fans and red carpet paparazzi), there is no audience cheering Darren on. Finding her voice isn’t a path full of congratulatory milestones, but a difficult and arduous process. This was very deliberately done.

“In early drafts of the film I kept turning to images of her vomiting black ink. The feeling of finding your voice and finding your power is such a grotesque resurrection…it really had me feeling like I was upchucking bile,” says Kelly, and I get that. The anxiety that comes with finding your voice, and using it, is unpleasant, scary, and full of uncertainties. 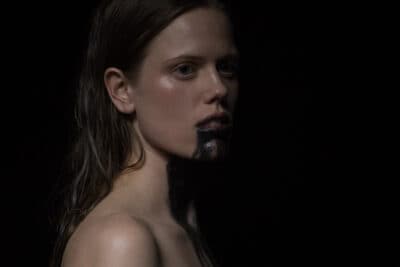 There are several instances in the film, where audiences are taken into Darren’s fantasy world, where we see her experiment with self-discovery. The art direction changes, and the film moves into performance art. It’s a daring move that could have easily interrupted the flow of the story, but it adds depth, and gives pause for reflection. “It was a very grimy and weird and deeply collaborative experience,”explains Kelly, listing off the dozens of women creatives who contributed to the film.

Darren’s journey as an artist is a lonely one. Sugar Daddying gives her some time and money to be able to dedicate to her art, but it’s not what sets her free.

“She is working out her relationship with male approval, her relationship with her father and her mother, and her inability to be naked with herself, or give herself permission…those are far greater obstacles than money and time. I think what I wanted to catalogue was watching someone get that money and time and then have to face what actually lies beneath,” says Kelly, who very intentionally made sure that Darren didn’t have fans, followings, or songs she created that suddenly went viral. “You have to keep your self worth in your own hands. It has to be something you have control of.”

There are so many meaty layers to this film, and so much that it has to say. I wish I had a full day (or week) to write about all the different issues that it tackles so well, so uniquely, but my kid is due home from school any minute, and the premiere is happening later tonight. So I’ll leave it at this: I strongly recommend that you watch Sugar Daddy and see what it stirs in you.

Sugar Daddy premieres at the Canadian Film Fest April 1st, and will have a second screening on April 2nd, and is available on VOD starting April 6th.

"The feeling of finding your voice and finding your power is such a grotesque resurrection...it really had me feeling like I was upchucking bile."