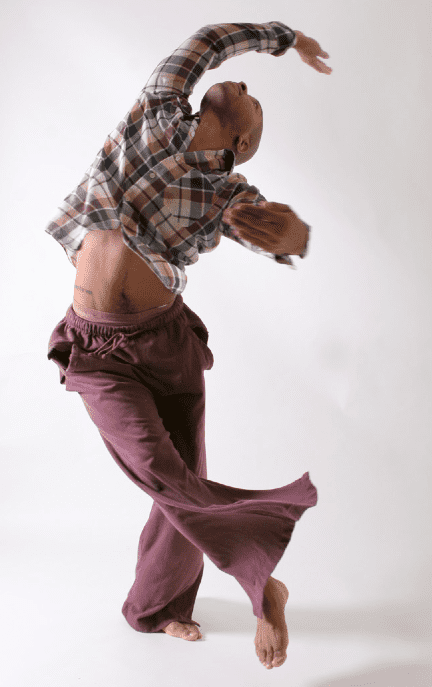 I grew up in a town that was very agricultural and geographically spread out. That meant a lot of driving around, channel-surfing on the radio. It was always a bit of an adventure: looking for a song that you actually knew, a DJ whose voice you didn’t despise, or seeking out something new that you’d never heard. Though radio culture has changed since I listened obsessively as a rural youth, that scratchy sound you find between stations still makes me feel nostalgic. The Radio Show brought those feelings rolling right back.

Kyle Abraham and his company Abraham.In.Motion made their Canadian premiere of The Radio Show last week as part of the Harbourfront’s World Stage festival. This award-winning choreographer has created a piece of dance that walks the line between nostalgic and contemporary. Abraham hails from Pittsburgh, where he religiously listened to two urban-format radio stations growing up. Suddenly, a few years ago, these two radio stations went off the air at the same time that Abraham’s father lost his speech to Alzheimer’s and aphasia. The Radio Show grew out of these sudden, difficult changes.

Of course, a show that stems out of a radical and difficult moment in a person’s life will embody feelings of hopelessness, pain and shock. The precise movements that Abraham and his dancers use mimic the sudden changes in his life, and the huge loss he experienced. The show isn’t all sadness and anger, though. There’s a real sense of playfulness and joy, especially within the second half of the performance. It begins with a radio call-in segment that involves some seriously skilled auto-tuning and harkens back to the shock jocks of the 90’s. The show closes out with a truly moving partially-instrumental cover of Beyoncé’s Crazy in Love and a gorgeously remixed version of Tweet’s Oops (Oh My).

The music used throughout The Radio Show is spot-on and nothing short of amazing. But the ensemble cast of extremely talented dancers steal the show (and that’s certainly not easy to do when Beyoncé is involved). These dancers (currently not including Abraham as he is fighting an injury) embody the shock and adjustment of a radical life change. Their sharp, angular movements are interspersed with stuttering, tremor-like pauses. These dancers are strong, powerful and so moving to watch.

The Radio Show is the first in a number of performances that are coming up at the Harbourfront Centre as part of World Stage 2014 (find more details and performance schedules here). These are always moving, occasionally jarring, important performances that are worth the trek down to the Lakeshore. Get there, and feel some feelings. I promise you will.