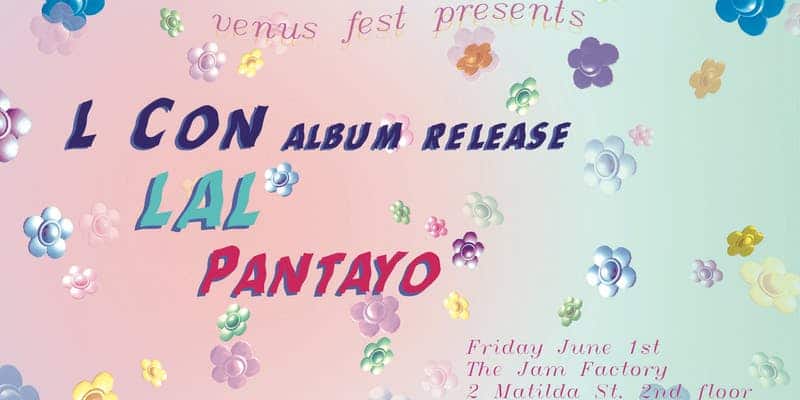 L CON’s Newest Solo Album, Insecurities in Being, Shows Off Her Genius Capabilities as a Composer

All week, I’ve been listening to Insecurities in Being, the newest full-length album by LCON (Lisa Conway). No matter what chaos is unfolding in the background, her third solo album is so well designed, so full-bodied, that it offers womb-like comfort.

As a longtime fan of her work, I’m aware of LCON’s impressive credentials, including a Masters in Sonic Arts from Queen’s University Belfast, so I know when I’m about to listen to her work that it will undoubtedly hold my attention, and the new album does so entirely. The arrangement of pitches, instruments and soft vocals comes together in a way that is practically scientific; perfectly measured for an outcome that is exact, but warm and supportive.

Tonight, she will be releasing Insecurities in Being at a special show presented by Venus Festival at The Jam Factory on Matilda Street. If you want to kick off June in a magical way, this would be it. Take a listen and find out how this (very modest) master creates such beauty.

JM: I love your music, and this album is really beautiful. Can you first talk to me about Insecurities in Being and why that became the title of the album, the overarching theme?

LCON: I’m a pretty shy, introverted person who is generally bouncing between feeling extremely insecure and very insecure. It’s a very honest album and explores a lot of feelings of anxiety and insecurity. The title just came to me and it felt right.

When start a new album, what’s the process? How do you gain momentum?

With my other two records, I often liked to make certain rules for myself. It helps solidify my vision and makes me more creative. For this record, I didn’t have any sonic restrictions. In the past, I’ve limited myself to instruments, but this record started pretty organically.

In terms of my process, it usually starts with making a demo and then replacing all sorts of sounds on that demo with real instruments or better versions of that instrument.

“I genuinely wasn’t sure if I had any songs in me anymore, so I set out to make a low-key instrumental EP” is a statement by you that was included in the press release. Can you talk about that? You felt like you didn’t have material, but then material came out of you. How did you draw it out?

I’m at the point now where I have to write a lot of things as a job, so I can’t necessarily just wait around to be inspired. A big part of the process, and why I was able to make this record, was because I was involved in a program at the Canadian Music Centre, a mentorship program for female-identifying composers. As I was working on this album, I was having monthly meetings with a composer, which really helped because every time I met her, I felt I had to play her something different. Having that mentorship and checking in with her every month was really helpful.

How did music play a role in your childhood?

I started playing violin from a very young age, and my dad taught music at an elementary school, so it was definitely a big part of my childhood and something that I don’t remember starting; it was just a big part of who I was as a kid. But I guess writing songs and production fell off a bit when I was practicing violin. Writing was always something that was a constant for me.

When do you do your best work? Do you have a space or time when you feel you’re most creative?

Yes and no. I’m very lucky to have studio space in a rural situation, even though I can still distract myself with the internet. It’s easier when you have a designated space for creating. I go for walks when I’m feeling stuck. There’s a history of doing really long days in a studio, and I’ve gotten much better at it. But your ears become tired, your brain becomes tired. So I try to do three really focused hours, and then go for a walk or look at the garden to rest my ears, and then I get back to it. 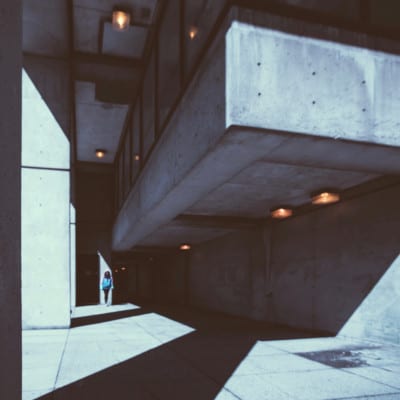 What discovery did you make during the creative process of making this album?

I’ve been producing and writing things for a long time, and I have a masters in sound art, but until this record, I haven’t been comfortable calling myself a producer. I’ve been realizing that a lot of my insecurities were rooted in who I am but also in navigating a bro-oriented studio scene, where I’ve felt I had to prove myself in every way, all the time. Even though this album deals with the themes of insecurities, I feel the most confident technically in terms of production and recording.

Lastly, what did you enjoy most?

It was really lovely recording the bass clarinet; my friend Karen Ng plays all the clarinet and saxophone, and she’s just a beautiful human being and plays so well. I’ve never recorded that instrument before, and it was magical. It’s just such a pleasure to write a part, and then hear a fake mini version of it, and then hear the real deal. And hearing Casey MQ, who did the guest vocals–it was incredible.

It’s magnificent. Take a listen, and check out the album release show this evening.

L CON Album Release presented by Venus Festival takes place Friday, June 1 at The Jam Factory (2 Matilda Street, 2nd floor). This event is ALL AGES and includes gender-neutral bathroom spaces. Please note this venue is up a flight of stairs and does not have wheelchair access. Tickets are $13 advance or $15 at the door.