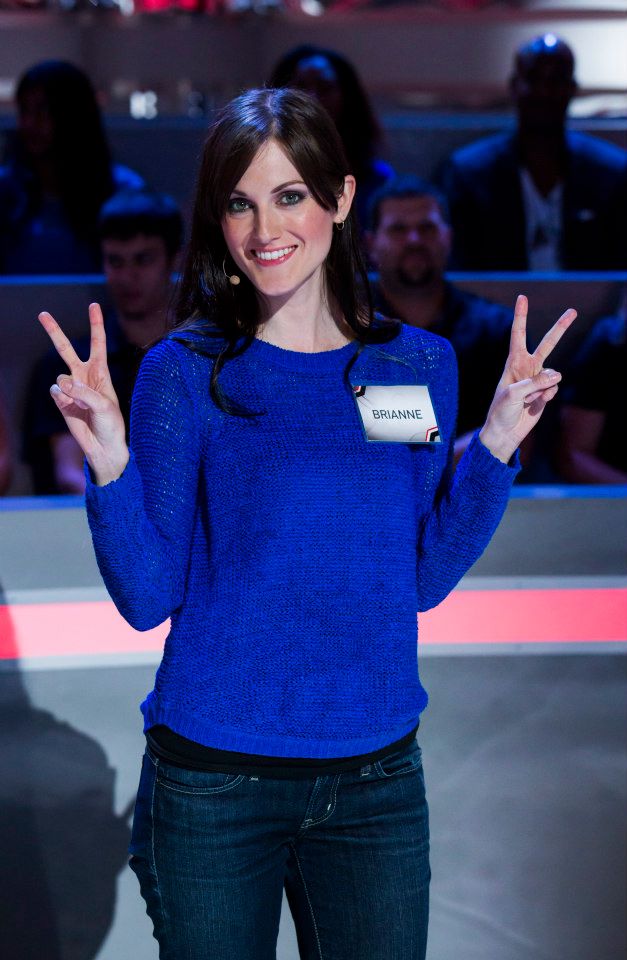 As far as game shows are concerned, I enjoy watching them. I have my standbys —Wheel of Fortune and Jeopardy!—for when I’ve already seen that episode of Modern Family and have time to kill, or just feel like yelling, “Suck it, Trebek!” Growing up, I was all about Win, Lose or Draw, Family Feud, The Price is Right and Supermarket Sweep. I love shouting at the TV and thinking I’m better and smarter than the contestants onscreen, but I had never considered actually appearing on a game show (well, except for Kidstreet, but, alas, by being an only child, that was just a hapless dream).

That all changed this past summer when I was job-less and game for anything (I don’t apologize for the pun).  I was scrolling through Craigslist for a possible gig, if not at least a giggle (people will sell ANYTHING these days), when I came across an ad in the TV/film/video section that seemed to be specifically screaming to me: “CALLING ALL POP CULTURE JUNKIES!”

I should mention to you now that there are three basic things you need to know about me before you befriend me/date me/hate me: I drink a lot of red wine, I’m known to swear like a sailor and I’m pretty fucking awesome at pop culture trivia. Oh yeah, and I’m super competitive, a terrible loser, and an even worst winner. Set that little wiseacre Molotov cocktail at your next games night, and there’s no question why I’m not often invited back. Unless it’s, of course, to captain your team because, then, you want me on that wall! You need me on that wall…err, team!

Anyway. Like the good pop culture junkie I am, I was immediately hooked and clicked on the post.

The ad was for a new Canadian game show from called Pop Quiz, which was looking for new contestants, basically “Entertainment Tonight” fanatics/Rick Campanelli worshippers, basically me, for their upcoming season.

I filled out the initial questionnaire (“What would make you a great candidate for this show?” My response: “I’m pretty competitive and I hate to lose, so I think that makes me a great candidate”), nailed the audition and found myself at Toronto’s Showline Studios early in the morning on a hot, sticky July day to shoot an entire week’s worth of episodes.

I’m going to be honest: I was there to win the grand prize ($5,000), show off my mad trivial skillz, and, hopefully, score a free lunch. But I actually walked away that day with the kind of wisdom you can’t get from trolling US Weekly and the kind of prize that’s worth more than 5K.

Competition is awesome, but having fun is better.

Spoiler alert: at the very first crack at the game, I make it all the way to the grand prize final. Sure, I brushed my shoulders off after that round, but here’s the thing: I didn’t have a lot of fun—and you can totally see that while watching me. I’m super focused, yet also really serious, which translated into me coming across as a tad uptight and aloof. I didn’t end up winning the big money, and I kinda see that as karma kicking me in the butt and being all like “Brianne, it’s not about winning; it’s how you play the game!” Cliché? Yes. True? Absolutely.

Teamwork can be just as satisfying as going solo.

I like to be a lone wolf at times and try to do it all—and be it all—on my own. But sometimes even us lone wolves need a pack to tag along with. Even though the game itself is an individual one, we cheered for one another and we really wanted each other to win. Having that support system made the game—and the time—go by easier, and allowed us to celebrate our wins together, making them that much sweeter.

It’s OK to be wrong

I hate to lose, but I also really hate to be wrong (I’ll stick to my guns until you have to flash me the all-mighty Wikipedia page disproving me). So when I threw out some real doozies (“Bridesmaids” as a make-over movie?) and was so horribly wrong on national television (!!), I was mortified. Initially I beat myself up over it, but when I chose to enjoy the process more, which meant going easier on myself (and getting over myself!), I realized that being hard on myself is no fun and not being the smartest person in the room actually allows me to learn, and you know, be humble. Besides, know-it-alls can be annoying.

When I told my friends and family that I was appearing on a game show, I was a bit embarrassed because, well, game shows are cheesy and it’s televised (therefore immortalized forever) and I’m a grown-ass woman, so, uh, was this “acceptable” behaviour? Fuck yeah! New experiences not only make life less boring, but also they force us to grow and open up the possibility for us to enjoy something new. And there’s no age limit on having a kick-ass time.

So, I loosened up a bit, swallowed my pride and became a more enjoyable/tolerable person to compete with. Cool. But, there’s one thing that didn’t really change: my own brand of “joie de vivre.” I love to laugh and have a good time, but I’m not a particularly perky person. I tend not to get either overly excited (or super angry). I’m an Even Steven. But that’s pretty much the worst thing you can be on a game show. I was asked to amp up my energy on-set, but I just couldn’t do it—I knew it would come off as artificial and that it wouldn’t be me. So I remained an Even Steven. And I don’t regret it.  As my mom remarked to me: “Never go on another game show again. You’re just not perky enough! And I never want you to be fake!”

I had a great time on the show, but I think I’ll stick to game nights (if you’ll have me).