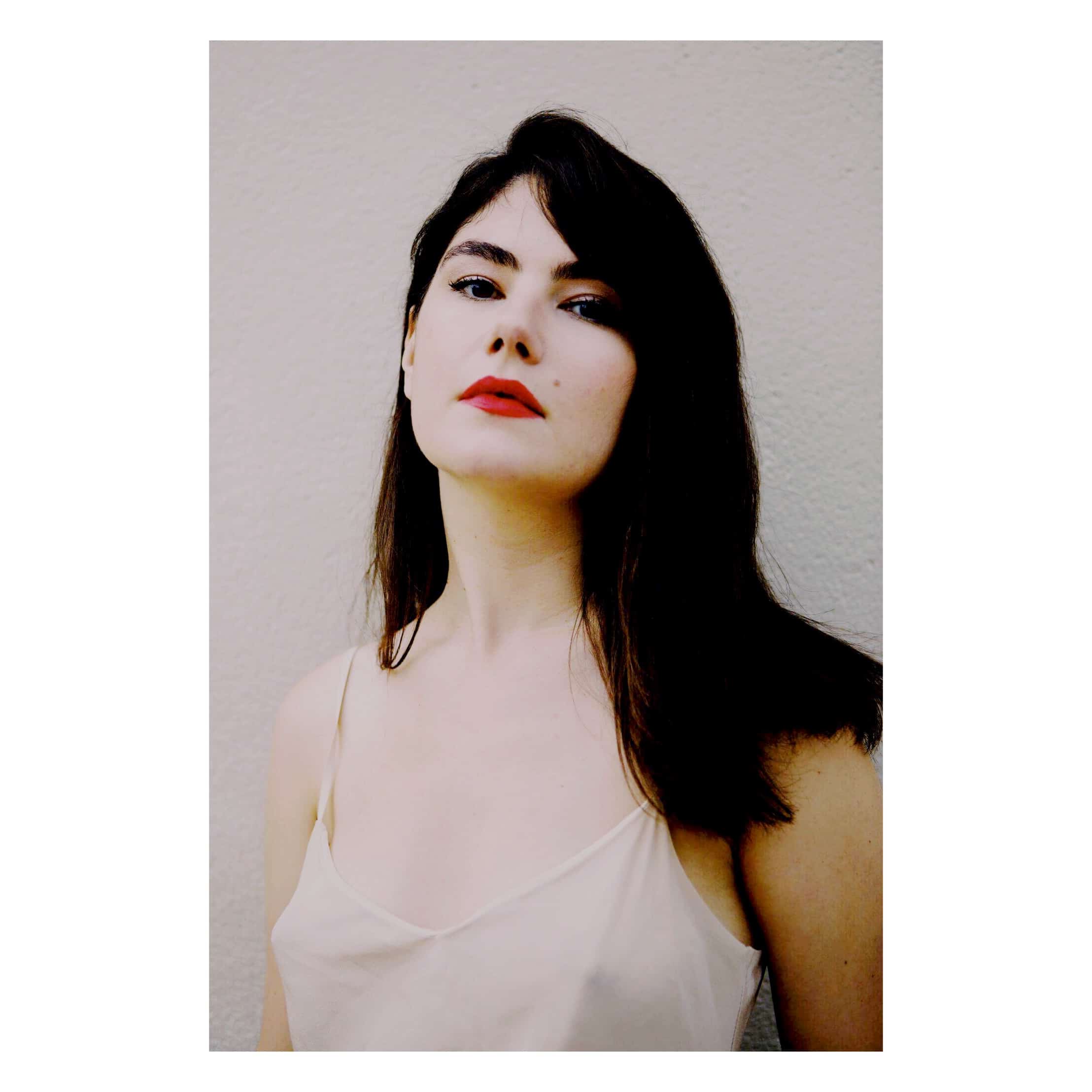 “It would be okay if I died right now.” I used to think that as I fell asleep at night, but not in a hungry way. I wasn’t looking at pill bottles, knives or the rope in the basement. My thoughts of dying were emotionless: I could die. That would be okay. I accepted it.

I’ve never told anyone that until now.

“Does mental illness run in your family?” the doctor asked three months ago. I sat in his office crying. I had known him since I was a child. To say out loud how I felt, to finally name it, felt disgusting.

“Depends who you ask.”

“So both,” the doctor said after a long pause.

Bi-polar, codependency and alcoholism don’t just run in my family, they gallop. Depression, which has two of my immediate family members in a stranglehold, is something we never talk about. Mania, showing up to Christmas smelling like vodka, loving drug addicts – that’s glamorous. You can laugh about that. But what’s funny about daydreaming about death?

The doctor diagnosed me with something called Perfectly Hidden Depression.” Doesn’t that sound fake?

“If there was something wrong with your brain, of course you’d hide it perfectly,” my brother said. “That’s so you.”

I thought the red lipstick I put on every day, the outfits and the curled hair would say enough about me. I was together. I was okay. I was healthy. I worked hard at being healthy. I saw a therapist. I exercised four times a week. I tried, with varying degrees of success, not to binge drink. I ate clean.

Did I get so blue it was black sometimes? Sure. But I am an actress and a writer and therefore, by definition, dramatic. I wasn’t actually sad. Then, a series of events unfolded over the past six months and something inside me broke.

For so long, my depression had presented as realism. I had no idea I was lost. I thought I’d just wandered off. I told myself I’d see some landmark I recognized any minute, that I’d be home again in no time. When the invisible thing snapped inside my head, I woke up, bewildered. How long had I been missing?

Depression is an illness of trying and suddenly, I couldn’t try anymore.

My doctor prescribed me an anti-depressant called Trintillex. I started taking it three months ago.

Being medicated felt shameful. I don’t even eat processed food. I was going to put something in my body every day that changed the chemistry of my brain? That I couldn’t take if I got pregnant? That I may never go off? That no doctor could tell you the long-term effects of?

Do you want to know the most subversive thing? Taking Trintillex is best decision I’ve ever made. My greatest regret is that I didn’t do it sooner.

In retrospect, it didn’t dawn on me that something was actually wrong because depression bloomed in my early twenties. As my brain began to abandon me, my personality changed.

I stopped sleeping. At night, thoughts would get stuck, like a rabbit’s leg in metal teeth. Before Trintillex, I had not slept through the night, unless I was next to a man I loved (and only loved, never liked) for seven years.

I wasn’t funny until I was twenty-three. Suddenly, I was saying things I didn’t mean as a joke and people couldn’t stop laughing. I also stopped getting angry. Anger felt gratuitous. It felt enormous. Who had the energy?

I started writing when I stopped sleeping. It was my way of smashing the invisible wall I felt between me and other people at all times. Those first couple of years, writing was urgent and gasping, like breath after being underwater.

Once the sickness really settled in, I couldn’t stop moving. Selling five television shows, acting in thirty movies and two television series, creating and filming two web series, writing one published and one unpublished book, producing seven films, being a cultural advisor for the Trudeau government, being on a flight every week and a half: this was my way of keeping the blackness at bay. My sense of hopelessness about the future was like a strong hand to a veined neck. I didn’t want to work like that.

The next time you look at an over achiever, ask yourself what motivates her to push herself like that. Why does she have to prove to herself every single day?

As my brain continued to break, I began to hate myself. I started exclusively loving men with poison in them.

Some people saw the cracks, mainly those that also suffered. They would look at me with a troubled, arms-length nostalgia, offering me insight I couldn’t yet understand.

My best friend would tell me it wasn’t normal to go bed at 7 p.m. She wondered if I worked so hard to escape feeling so much. A colleague recently told me I used to remind her of a Disney character. “I wanted to stab you with a fork and see if you’d react or just say, ‘You know, the great thing about forks is…’”

A friend who became a lover this summer told me, “The only thing that’s crazy about you is that you present as if you’re very happy. You’re not. I know it. You have walls up. You’re sad but you always sound like you’re laughing.” We broke up shortly thereafter. The only thing I hate more than being psychoanalyzed while naked is someone thinking they can tell me something about myself that I don’t know.

There was one person I let live in the cracks with me: my mom. She’s my best friend. I would call her crying from film sets, from New York City, from airports. I could feel her heart breaking for me over the phone.

“Katie, I just don’t understand. You have so much going for you.” Now, I think she feels guilty for not knowing, as if – because she was my first-ever home – she should have been able to read this all over my skin. “I’m sorry,” she’ll say. “I thought it missed you. You were always doing so well.”

People say those you’re close to will always have an alternate narrative of your life, but that’s wrong. We’re all co-conspirators. By admitting I’m depressed, I’ve flipped the script. I’ve altered a lot of people’s reality, one that a different picture of me fit comfortably into.

It’s been a few months since I started taking Trintillex. It’s a bitter, tiny yellow oval-shaped pill. It reads 10 MG on one side and TM on the other.

Now, I think of my life in two halves: before and after anti-depressants. It’s eerie when you notice life starting to make sense. My thoughts used to feel tangled; now they feel like pearls on a string. Rational thought washes over me like a wave. Thinking now feels like putting your foot on the floor when you’re lying on your bed, nauseous and drunk. Being inside my brain is now a grateful relief.

Strange things have changed. My grammar’s better. I dress differently. I’m noticeably thinner. What do you say when your best friend’s mom asks you why you’re disappearing and – for the first time in your life – you’re not on a diet?

The most striking changes are the ones I can’t see. I’m attracted to different kinds of men. I know that life will be okay. I like myself. I think there is one, and only one, human story and by admitting that I malfunction in this way, I’m telling it. I’m making the best of what I’ve got.

I don’t want to write as much. I see writing for what it is: hard, as beautiful as it is boring. This is the first real thing I’ve written since being medicated that I couldn’t bullshit. Writing this article took forever and I hated it. I couldn’t see a way in. The sadness didn’t talk to me the way it used to.

It’s dark in a bar in Brooklyn. I’m with my best friend, Ben. There’s a screaming levity around us. The world feels like it’s burning with bright colours. I feel so close to Ben I wonder if he is actually a part of me.

“Tell me more about depressed thinking,” he says.

“Okay. Before, I would see an old man walking alone down the street, carrying a grocery bag, and I’d feel devastated for him. I’d think, he’s going home and no one’s there. He’s going to make his dinner alone. Now, I think he’s going home to make dinner for his wife. Maybe their daughter’s coming over. Maybe his wife will kiss him before they fall asleep.”

The night slipped away like a season, comfortably sudden. I loved just sitting there, talking to Ben. At one point, he takes my hand and I know in this moment, that I am not lost anymore. As close as I feel to him, I now feel to myself.

Later, we walk home together through the darkness. Silently, I look up at the sky. I see a few of the brightest, pluckiest stars burning through the hot and gauzy night of the city. I point up at them. Ben nods. He sees them, too.

Well, isn’t that just a thing of beauty, I think. As I fall asleep that night, I start writing this article in my head. I promise myself that no matter how long it takes I will finish it.

I have to. For the first time in my life an article that I write will have a happy ending.