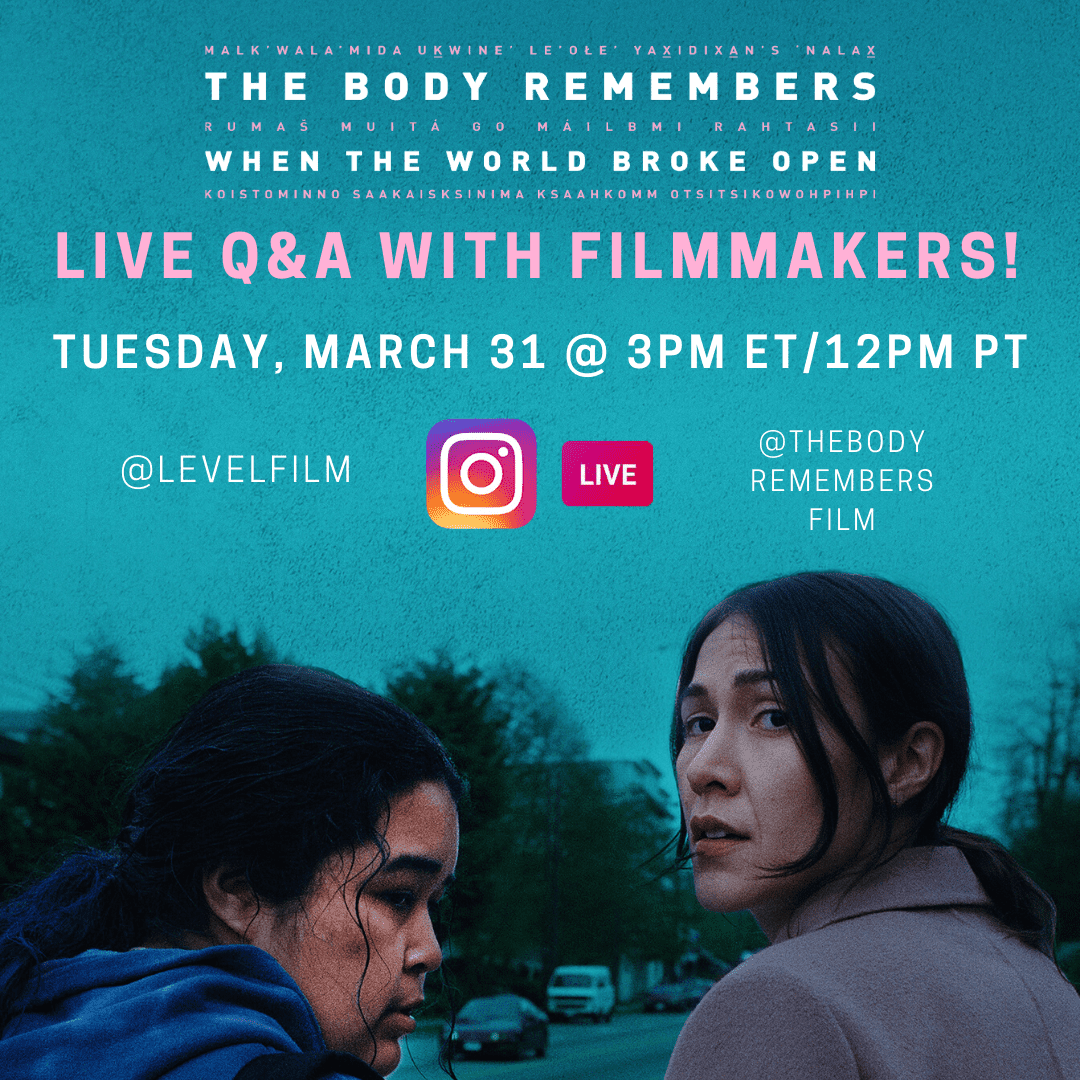 The Body Remembers When The World Broke Open was an audience hit at TIFF 2019, and in January it cinched the prestigious Rogers Best Canadian Film Award at the Toronto Film Critics Awards.

Tomorrow, LevelFILM will be hosting a live Q&A with filmmakers Kathleen Hepburn and Elle-Máijá Tailfeathers at 3PM ET/12PM PT. You can tune in on the levelFILM (@levelFILM) Instagram or The Body Remembers Instagram (@thebodyremembersfilm).

If you haven’t yet seen this hard-hitting cinematic gem, you can check the trailer here, and read the synopsis below. The story is based on a real-life encounter that Elle-Máijá Tailfeathers had with a stranger in Vancouver. We spoke with Tailfeathers about the inspiration for the film back in October 2019, and you can read that interview here.

Two Indigenous women, unknown to each other, and from very different backgrounds, meet by chance. Áila is middle class, university educated and light skinned. Rosie is eighteen years old, poor, and has just been assaulted by her boyfriend. When Áila sees Rosie crying barefoot in the street, she makes the decision to help her. What follows is a complicated extended conversation between these two women as they navigate their similarities, differences and shifting power dynamics. Tense and affecting, the film employs long takes and masterfully executed handheld cinematography to unveil a story in real-time, a story that at its core is a testament to the resiliency of Indigenous women.

From filmmaking to life in Vancouver’s Downtown Eastside or their thoughts on reconciliation—there is much to be learned from Hepburn and Tailfeathers. Come with a question and join the conversation tomorrow.