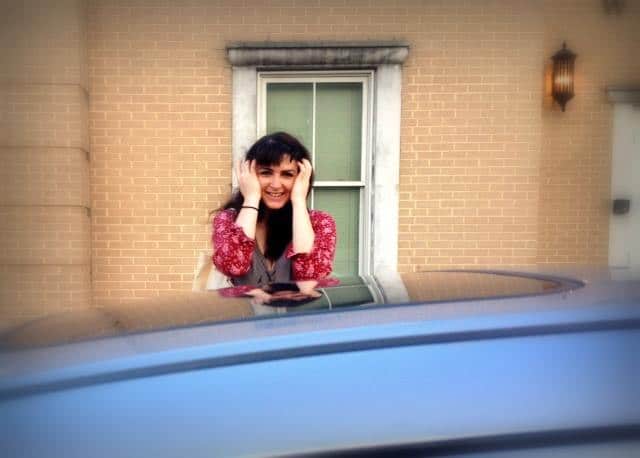 "There are people alive at the same time as me who are writing things I feel excited by, who I can meet and become friends with and learn from."
Career

I was first introduced to the online zine Shabby Doll House when I met one of its illustrators, Jenn Kucharczyk, at a Christmas Party last winter. As I read excerpts of the Winter issue on her phone in the corner of the party, I was blown away bythe zine’s content. Its stirring relevancy and juxtaposition of apathy and deep longing seemed to ring true for right now.

And it still does. Shabby Doll House’s most recent Summer Issue is full of pieces which seem to speak directly to me with an on-the-pulse feeling of immediacy and intimacy. Shabby Doll House’s creator, LK Shaw, is currently living in Baltimore for the summer, with her good friend Sarah Jean Alexander, (who is also the zine’s poetry editor). I had a chance to speak with her about Shabby Doll House and the online zine community this week.

LK is originally from the UK, but has lived in Toronto (where she’ll return in the fall) on and off since she was 19. When I ask about her day-to-day life she says, “Mostly I’m trying to figure out a way to turn writing, making art and publishing into the things I can do all day, every day.”

She describes how she began Shabby Doll House in 2012, after coming out of a period of depression, “I realised that a good way for me to feel better and to avoid that happening again would be to work really hard on something that I care about. I suddenly had a lot of energy and nowhere to put it, and I decided that I wanted to support other people by publishing and publicising their work. I was reading a lot of writing online that I felt excited about. I knew a lot of people who were making things that I wanted to share with an audience… Then one day I was painting in my apartment with my friend Emily (who has since produced many pieces for the website) and I said, ‘I’m going to start a lit mag which also includes original art work,’ and it just seemed to make sense, so that’s what I did.”

You are certainly doing a lot of writing and publishing… SDH has put out eight editions so far! How do you curate a SDH issue? What is the selection process like?

We are open for submissions of prose, poetry and visual art. We tend to receive a few hundred for every issue, and we go through them all and try to put together a collection that seems cohesive and representative, in some way, of what we want to communicate to people.

At the beginning of this year, I asked Sarah Jean if she wanted to join Shabby Doll House as poetry editor and since then we have been working together, which has made things a lot easier for me and also a lot more fun.

For the most part, we will select a piece of writing and then solicit an artist to produce a corresponding visual piece, but sometimes it does work the other way around.

I feel like I’m very lucky to know people who I can work with creatively and who understand that life can be difficult and lonely and that’s kind of what I want to help other people find, if they haven’t already… I want people to feel comforted by the work that we publish in some way… whether it makes them laugh or simply feel glad to know that somebody else in the world has felt the same way they do.

Shabby Doll House is often described as being part of the growing online alt lit world but LK doesn’t necessarily agree. When I ask her about the alt lit community and her involvement within it she answers frankly.

Damn, I always get asked this question and I never know what to say. I don’t really feel interested in what ‘alt lit’ is and I don’t identify as part of it… I think a lot of it is kind of embarrassing… but I understand that it’s a useful umbrella term to describe what a lot of people are doing online.

I think the interesting and important thing for me, is that there are people alive at the same time as me, who are writing things I feel excited by, who I can meet and become friends with and learn from. I don’t think it’s my job to try to define any of it.

A lot of it is definitely embarrassing. It’s a burgeoning term… perhaps it will take time to mature (or maybe it doesn’t want to…) Do you have any predictions for the future of the online zine community?

I feel like it will only continue to grow because anybody who wants to can start their own publication using the internet. You can reach a wider audience than if you choose to work in print, and it doesn’t cost any money to start up.

Some of my favourite places to read are: Illuminati Girl Gang, Pop Serial and Everyday Genius.

Are there any pieces and/or authors you’ve recently discovered that you’re really excited about?

We just released our Summer issue and we included work by a lot of people we had never heard of before, which felt great. I’ve been particularly excited about this story by Matthew Bookin.

Bookin’s piece, “For the Benefit of Your Big Sister’s Black Eye,” definitely stood out for me as well. Thank you, LK, for sharing Shabby Doll House’s story with us! 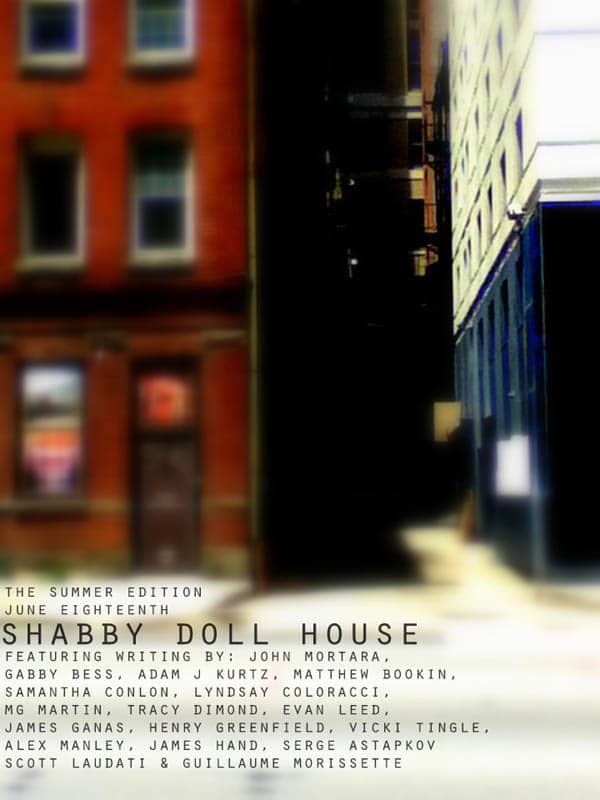 "There are people alive at the same time as me who are writing things I feel excited by, who I can meet and become friends with and learn from."