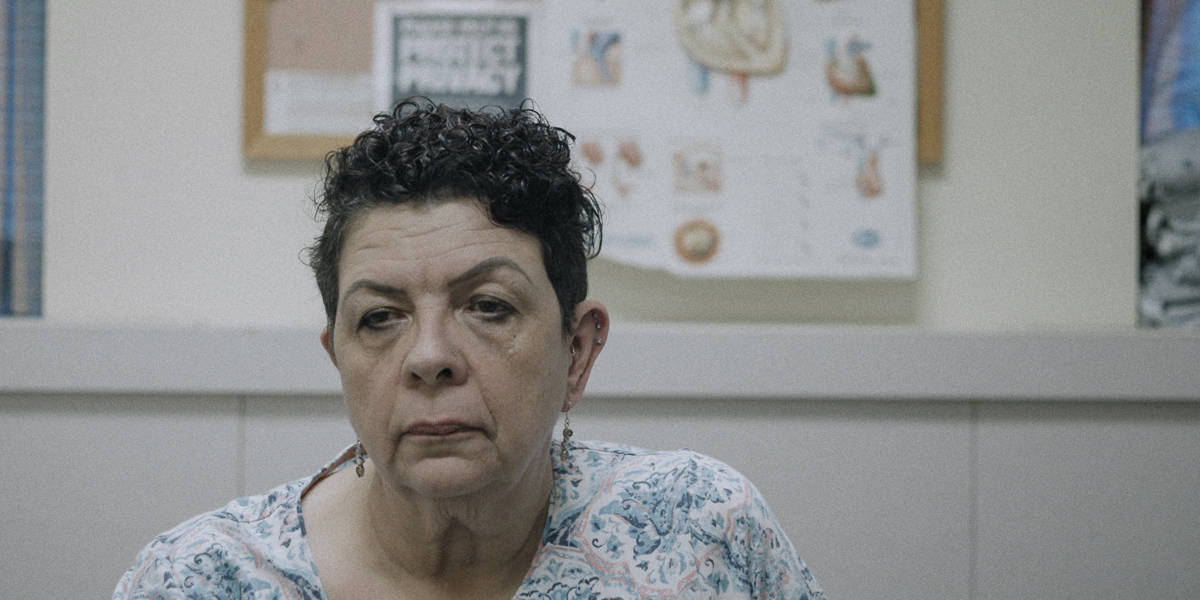 The film follows 60-something Donna (played by non-professional actor Shan MacDonald), who uses red wine as a buffer for her acute feelings of loneliness. She’s “a woman who has made mistakes in her life that have severed her connections to family and friends,” explains Young. As she carries out her community service at an animal shelter following a DUI sentence, she turns to animals for companionship. “However, her strong desire for connection remains unsatisfied,” says Young, “so she begins acquiring more and more pets in a futile attempt to fill the void, becoming a budding animal hoarder in the process.” In the process, Donna replaces one addiction, alcohol, with another, acquiring pets.

The docu-fiction hybrid (using non-professional actors following a script outline) feels like a documentary, with the camera’s cool gaze trained on Donna’s drinking. “I wanted to show a different side of that than you usually see portrayed in film,” explains Young. “Donna is not the kind of alcoholic who drinks hard liquor every day and is in a stupor or passing out from drinking. She doesn’t get the shakes if she goes without drinking for a few hours. Donna’s problem is more subtle and pernicious than that.” Young wanted to portray someone who drinks casually every day—not necessarily setting out to get drunk, but who “usually ends up drunk by the end of the night anyway.” Donna is still functioning in her day-to-day; she uses alcohol as a way to dull pain and distract herself from negative emotions. “She eventually comes to rely on that daily relief,” says Young. “I find these grey areas of addiction that tend to go unnoticed more interesting than someone whose entire life is consumed by their substance abuse.” 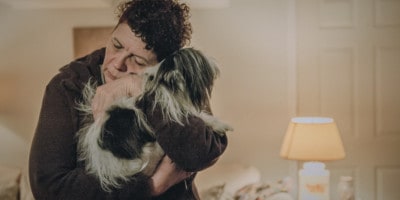 Donna’s inner turmoil and quiet love for the animals is played with devastating frankness by newcomer Shan MacDonald, who had never acted before. Young had met MacDonald several years ago while working part-time at a Doggy Daycare. “I knew I needed someone who had a genuine connection with animals,” she says, “and I remembered Shan bringing in her many dogs to the daycare and the deep love she showed for her senior rescues in particular. She has an amazing ability to readily access her emotions and she wasn’t afraid to bring her own life experiences to the film. Shan and her husband have adopted many senior rescue dogs over the years, so she knew what it was like to lose a beloved pet, and she let that genuine sorrow come through into her performance.”

In Murmur, none of the dialogue is scripted. Instead Young made sure the cast understood the story points of each scene and then allowed them to speak in their own words. “This helped create a natural and realistic situation, almost like a documentary,” says Young.

The film is a window into the alienation that often accompanies the loss of connection as we age. “It is important to me to tell the stories of older women and allow them to be complex, flawed and fully realized characters that are worthy of our attention, and not just a mother or wife fading into the background,” says Young. “In our patriarchal society, older women are made to feel that they no longer have value, that they have become invisible and overlooked. By having an older female lead character who is in almost every frame of the film, I am acknowledging her existence, I am stating that her story is worthwhile, and I am declaring that women can still be interesting and worthy of empathy over the age of thirty.”

“What I hope for audiences to take away from the film is the ability to truly empathize with Donna and her struggle.”