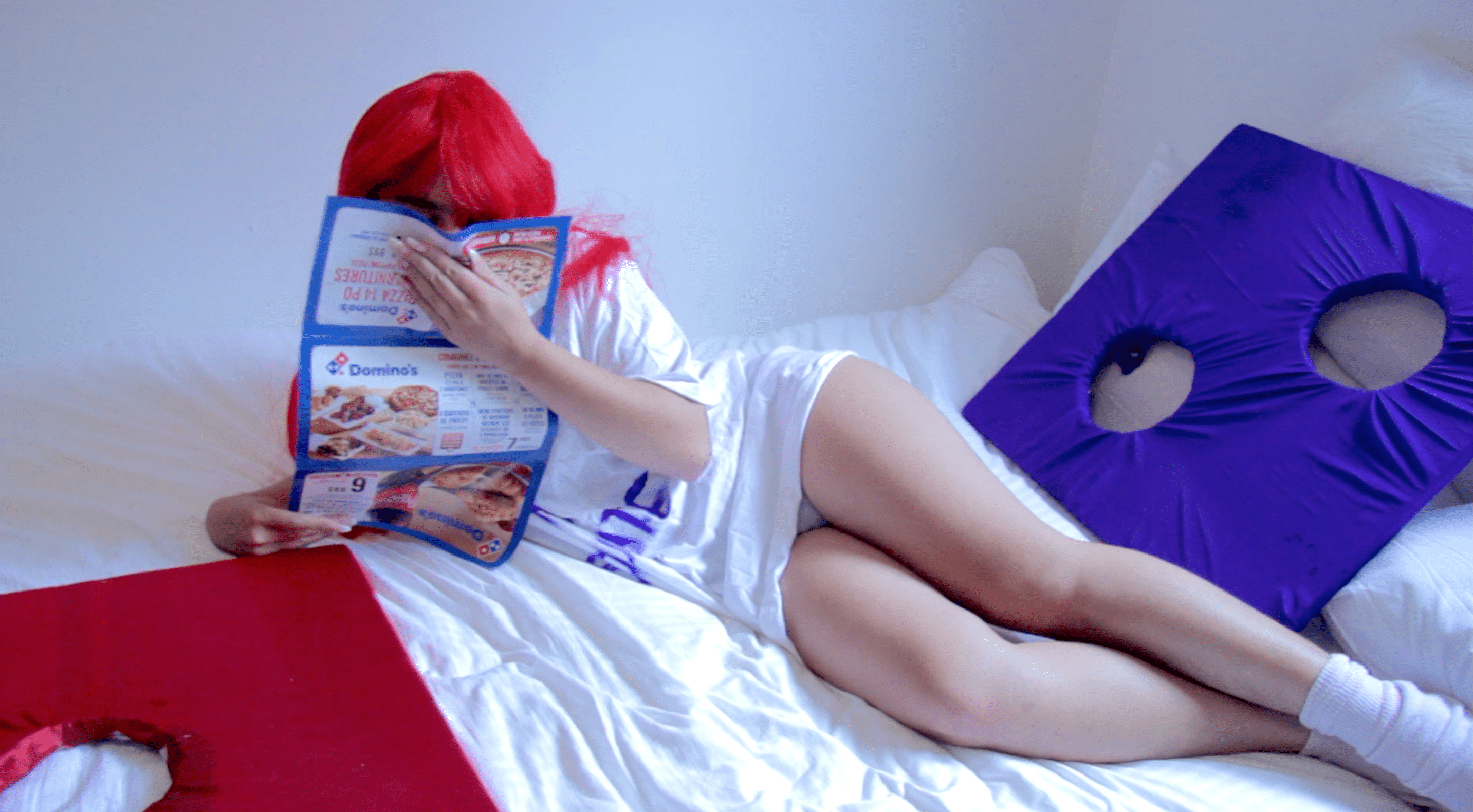 Marissa Sean Cruz Explores Pizza Obsession, Identity & Commodification in “I AM NOT LIKE OTHER GIRLS”

Cruz’s latest exhibit, “I AM NOT LIKE OTHER GIRLS,” is a compilation of videos documenting a fictitious female entity enamoured with pizza as a means to knead through technological immediacy, internet subcultures and consumption. “The pizza girl” is blended into the varieties and vulgarities of pizza-themed online content, actualizing what it means to be a product of a cultural product.

We asked Cruz about the process behind the exhibit this week.

SDTC: How did your project take shape?

MSC: It was a bit of a slow build. I was living in a small town and spent hours watching videos online. I am sure lots of people can relate to mindlessly autoplaying when you’re not at your best. My suggestions were definitely reflective of the rabbit holes I was joylessly leaping into.

I was eating a lot of pizza too. I lived really close to a shop down the street (shoutout Goya’s). I think being on the internet was an escape mechanism; pizza was an accompaniment. I would come home, put on some videos, paint and draw simultaneously, maybe order a pizza to share with my brother.

In my sad times last winter, I frequented the metropolitan hub that is the Moncton mall in New Brunswick. I noticed a bunch of pizza merch at this one store that I would shamefully shop in. They had some graphic tees with pizza screen-printed on the front (yes, forget that I actually shopped there sometimes). The shirt read “Sleep now, Pizza Later.” I just thought it was so ridiculous.

It was the catalyst for me to fully noticing pizza-themed clothing. I was watching a lot of people eating pizza in huge amounts on the internet but didn’t really think all that much about its physicalized commodification. I went to high school with this person who got a pizza tattoo. They really played up liking pizza, like it was a quirky personality trait to love pizza so much. But the catch is, pizza is a very well-liked food, so I couldn’t wrap my head around this mandate. What was with this obsession with this Americanized finger food, so unordinary? It’s this self-identification tool that is a cultural emblem to “I’m chill, I like pizza.”

A great deal of my work deals with food politics or the manipulation of food itself. I think a lot about the connotations food has in regard to sociality. The first piece I made for this work was the Domino’s logo costume. I liked the idea of using the dots of the Dominos as glory holes or a guillotine. Cheeky stuff. 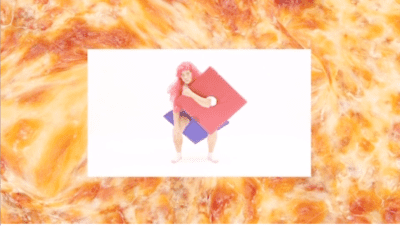 Did you have a set idea in mind for the end product, or did it evolve organically?

The compilation is intrinsically YouTube. Like watching a “fail” compilation video, this consecutive non-stop nature and endless supply of consumption.

I must admit, it all kind of comes together in a more trial-and-error way. I go into the studio with vague ideas and props. When the camera comes out, the composition is decided based on what I think most successfully describes the situation. Once the first round in the studio is over, I re-watch the footage and remake if necessary. The longest part is the research.

How has the internet (and all of its associated trappings of consumption and subcultures) shaped who you’ve become?

It’s been majorly influential. I’m sure lots of people who were figuring out their gender and sexuality can attest to this too. I rely on it for lots of things. I rely on it for connections too. Being a part of the Southeast Asian diaspora has made the internet a great tool to keep in touch or reconnect with people oceans apart. I probably romanticize it too much. 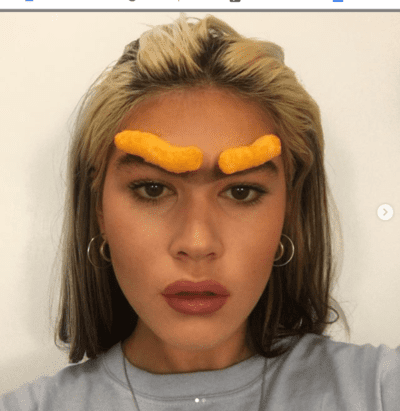 Do you think that the internet has made us all more self-obsessed? Or were we always this way?

I think this requires more specificity. To think the internet is a self-obsessed place is really just scratching at the surface of a proverbial glacier. The internet is a multifaceted space. It is both active, an archive and a place of invisibility. I can only speak to certain pieces of it. I think it is a medium that is scary, useful and poignant. The internet is also heavily monitored and government-controlled; it’s not necessarily an open source. I am the age that has enabled me access to the internet for the entirety of my life. My relationship and my interactions on this platform are vastly different to the ones other generations partake in.

I am assuming this is more directed at the idea that social media has made us all more self-obsessed, not the internet. But even still, I don’t agree fully with this. I don’t want to sound naive, because I understand social media’s toxicity, but the social media is negative viewpoint can also glaze over the important and more powerful components of social media. Commercial social media and its connection to productivity and capital is insidious, but not all-defining in everyone’s engagement. Sharing ideas and finding solidarity is the good stuff. I think it can exacerbate problems, but there is lots of potential for progressive justice. Maybe that’s another conversation.

I make videos. I make videos and post them to the internet, which is a common practice. I’d like to think I am attempting to subvert something, but as an action it’s not radical by any means.

I find white artists have an understanding that the medium of video art is narcissism. There is some historical—but in my opinion flawed—idea that self-obsession is fuel to perform for a camera.

I find the argument of narcissism in video art questionable. I wonder how Black, Indigenous and People of Colour can be self-obsessed when Western-dominated media and its imperial art world/spaces have not encouraged racialized and oppressed people to be loved? To be celebrated? To be admired? If we pin BIPOC self-love as excessive or disillusioned, then we haven’t taken into account that my ancestors have not been held to this standard. I think it’s hard to pin self-obsession. I think self-obsession can hurt communities that have been silenced and scorned for being themselves.

I don’t think we are all self-obsessed. I think that there are artist-run centres, academics, galleries and so on that have their own gains in mind. There is selfishness and a lacking of others. I think that in my creative circle, I have found people that are always thinking about their community and arts impact. They are not dismissive or ill-informed but are radical and powerful by nature of existing.

With that said, I love vlogs.

You can see “I AM NOT LIKE OTHER GIRLS” for yourself at Xpace Cultural Centre (303 Lansdowne Ave Unit 2) until September 3. Follow Marissa Sean Cruz on Instagram.