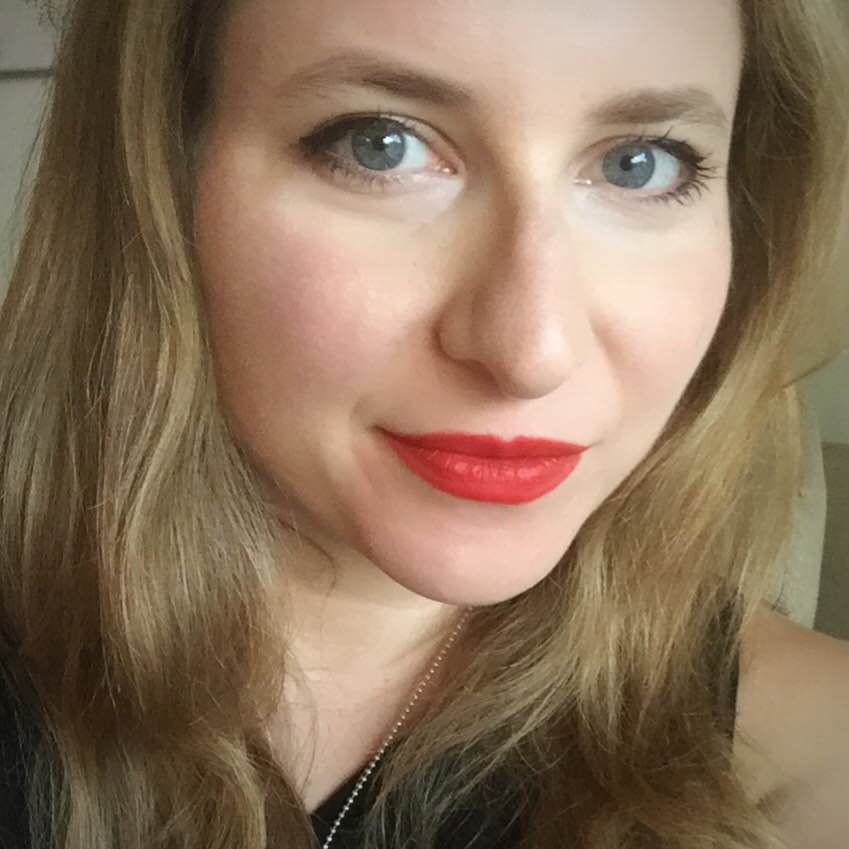 Meet Jessica Langer, the Ryerson Prof Whose Note to Her Students Made International Headlines

Jessica Langer has had a wild week. With the school semester coming to a close, the Marketing and Creative Industries teacher at Ryerson University decided to send her students a heartfelt letter thanking them for being great students, but also reminding them that grades do not define success, that a professional journey is often riddled with setbacks, and that the tough parts are just as integral to the journey and can even build and strengthen a career path.

For one student, Jessica’s note was exactly what she needed to hear. Moved to tears, she shared the poignant and inspiring letter on her Twitter account. Eight hundred retweets later, the letter quickly began making its way first throughout the entire Ryerson student body, then through the Toronto Twittershpere, before taking off around the world at warp speed.

First she was Buzzfeed famous, then Upworthy caught the story, then it flew across the pond to warm the hearts of the entire UK in the Daily Mail, and it even caught a headline south of the equator in Brazilian Marie-Claire.

With Brexit, Trump, and other troubling headlines, Jessica’s note came at a time when the entire world needed a good pep talk. What a wonderful thing. Curious to get to know her more, we connected with Jessica to find out what exactly inspired her to write the letter, and how this explosion of publicity has altered her perspective.

SDTC: Was there a specific moment that prompted you to write the letter?

JL: On the last day of class, I let the students go about fifteen minutes early because everyone was finished their final presentations. But probably 80% of the students stayed back and lined up to speak to me. One group gave me a thank you card signed by all of them, and a Star Wars Funko Pop (because I’m a shameless nerd and not afraid to share it with them). And, oh my goodness, it was such an emotional scene.

They were all thanking me, but I felt like I was the one who should be grateful because I had the opportunity to teach them. I feel that way about all of my classes, but I don’t know that I’ve ever had a class that just gelled like this one.

The Creative Industries program is a really cool, innovative, selective program within Ryerson, and the group is pretty tight-knit. So when I sent them that email, it really was a thank you to them. I wanted them to know how privileged I felt to have had the opportunity to be their professor. And I added the advice because those were all hard-won lessons for me, and I wanted them to have an easier time than I’d had. It was a letter I wished someone had written to me at their stage.

Your students are on the verge of entering the workplace. When you look back on some of your first jobs, what were a few of the toughest / best lessons you learned within the first couple years of graduation?

That’s a really good question! A hard lesson I learned early on, as a junior person, was how to work within an organizational system in which I had no power. My role was to learn and comply and implement, not to decide how things would be done, even if I thought I knew better. I’m fairly outspoken, and the adage “you have two ears and one mouth for a reason” was a tough but necessary lesson.

Another thing I had to learn was to define what I valued and what I was and wasn’t willing to do. I had one job that was incredible on paper, but to do it, I had to promote and work on things that were directly contrary to my values and what I think is important to put out into the world. It wasn’t until I was in that situation that I determined what my own lines in the sand were.

In your opinion, how is the Canadian workplace different today?

There’s a lot less stability. You have to be entrepreneurial in your own career in order to make space for yourself. A lot of this stuff is packaged as “personal branding” and “individual entrepreneurship,” but at the end of the day, I think success is about finding a place where you can use your strengths and where your weaknesses are mitigated.

We all have weaknesses (beyond the standard “I’m a perfectionist/I work too hard!” non-weakness), but we all also have strengths. And instead of beating ourselves up about our weaknesses, we need to find an organization that has a use for our strengths and where our weaknesses aren’t going to be deal-breakers.

How did you learn that you were on the right career path? How does one know?

My career path has been so winding and circuitous that I don’t know if you could even call it a path! Frankly, I’ve mostly taken an “oooooh, shiny!” approach to my career. I decided to apply for grad school in London because I met a cute British guy in a bar and quickly got engaged to him (our thirteen-year wedding anniversary is this Sunday). I chose my PhD supervisor, Adam Roberts, because I picked up a novel of his in a bookstore one day and thought I’d email him to see if he was taking on students. (He was, and he was the best PhD supervisor I could have imagined.) I moved back to Toronto after my PhD, took a job, and then left that job a couple years later to go back to teaching part-time when I had my daughter. After a while, I started my own consultancy when a couple of clients fell in my lap, and I grew it from there.

Over time, I started to identify the themes in everything I loved to do. The biggest theme was that I loved to teach. I’ve also done tons of training and strategizing with clients, which is a different kind of teaching. Teaching was the path that took the most advantage of my strengths, and that I loved the most. So I committed to it.

I think it’s like relationships: some people meet the right person and “just know,” and other people have a slower, windier, more circuitous route to the right person. I also don’t think there’s one right career path – or one right person – for someone. But here are some of the signs you’re on the right path: you enjoy a lot of what you do, you generally enjoy the environment you’re in, and the work you’re doing means something to you.

When you wrote this letter, what message did you want your students to walk away with?

If there’s one thing I hope they take away, I hope it’s that their value isn’t dependent on anything outside of themselves, and that they’re not alone in having both successes and failures. Regardless of what happens, regardless of whether they “make it” or not in the creative industries, they matter. Each one of them brings something wonderful to the world.

What has been the greatest lesson your students have taught you this year?

I’ve been constantly amazed at the sheer diversity of their strengths. I assigned a creative project for their final presentation, and I don’t think I fully understood when I wrote the assignment that it would result in their presenting such courageous work. They took a lot of risks, and I was able to marvel at the breadth of their creativity they shared with me. And it’s taught me to take more risks and be similarly courageous in my own work.

How does it feel to be internet famous?

Frankly? A little scary. But also great, because it means that my message to my students has reached so many people. The best thing that could possibly come from this whole thing is for thousands of people to start believing that they matter.

I’ve read some of the comments on the original Buzzfeed post, and my favourite thing is when a parent links her child to the article and says, “Look, this is what we’re always telling you.” That gets me right in the proverbial feels.

It’s funny, because I teach social and digital communications, so one of the primary things I teach my students is about the way content is disseminated online. We always talk about virality. And now I’m viral content! It’s experiential learning in action! It’s great, though, because now I have a good case study I can use for the rest of my life.

How has this entire experience altered your perspective?

It surprised me how many people the email spoke to: I didn’t realize how universal these sentiments were, or how much so many people needed to hear what I was saying to my students. But the world is full of criticism and opportunities to feel not good enough, and if that’s the water you swim in, then having someone tell you that you’re inherently valuable regardless of anything else is going to be a balm for your soul.

So I think my biggest lesson here is: more than ever, we need to bring kindness and love into the world. Because every single person should know that they matter.