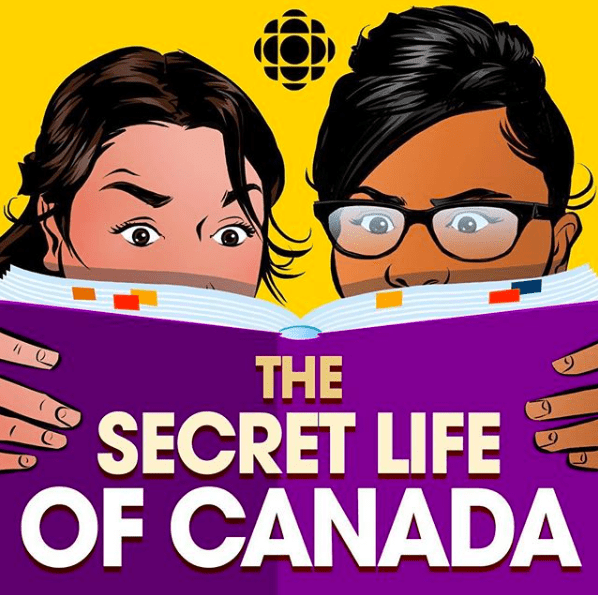 With a mission to share our country’s untold—or under-told—stories, The Secret Life of Canada is now in their second season on CBC Podcasts and has twenty-two episodes under their belt. Co-hosts Leah Simone Bowen and Falen Johnson have covered a lot of ground when it comes to Canadian history. Together, they have quirky, whip-smart conversations about pieces of Canadian history that seem to have been left out of the narrative when they were learning history in school. We were curious to ask them what crucial lessons we are missing. What needs to get more time and attention in our education system?

1. There was slavery in Canada.

Leah: For over 200 years, people of African descent and Indigenous people were enslaved by British and French settlers. The only narrative I heard about in school, as it pertained to slavery in Canada, was about the Underground Railroad. While that is a critical and important part of our history as Canadians, omitting any mention of people who were enslaved in Canada before the Underground Railroad paints a very different story of who we are as a country.

2. There are over 600 nations of Indigenous people in Canada.

Falen: The oversimplification of nationhood in Canada is a real problem. When I was in school, Indigenous people were divided into a few basic categories: North-West Coastal, Eastern Woodland, or Sub-Arctic. These oversimplifications confused the hell out of me. Canada has over 600 nations within it, and those nations have different customs, languages, histories and world views. We are related in some ways, but vastly different in others.

3. After English and French, Mandarin is the most spoken language in Canada.

Leah: The first Chinese people arrived on this land in 1788, so it’s no surprise that their contributions in Canada run deep, but I never heard any Chinese history growing up. Chinese men built the railroad, connected this country, and faced systematic barriers as the government enacted laws like the Chinese head tax, which restricted immigration. Hate groups like the Asiatic Exclusion League started popping up and caused riots and looting of Chinese and other Asian-Canadian businesses. The community persevered and that is why Mandarin and Cantonese are some of the most frequently spoken languages in Canada today.

4. The Residential School System was a thing.

Falen: I didn’t learn about the Residential School System in school. It wasn’t until I was a teen and watched the movie Where the Spirit Lives that I first learned anything about the system. The film was seminal in educating people across Canada about this government- and church-imposed system. I should also mention that I grew up twenty minutes away from one of the oldest residential schools in Canada, so not knowing about the schools is pretty shocking. I also didn’t know until I was in my twenties that the last school closed in 1996.

Falen: Indigenous people have made many contributions to the world in many ways, including agriculture. When Columbus (Boo! Boo! Hiss!) landed in the Caribbean, he was totally lost. He wasn’t in India, but he did find riches—North American Indigenous foods. Foods like tomatoes, corn, squash, beans, and so many others. He would take some of these foods back to Europe with him, which would eventually begin to be cultivated in Europe. In a post-plague Europe where seventy-five million people had died, these foods would aid in the health and growth of Europeans.