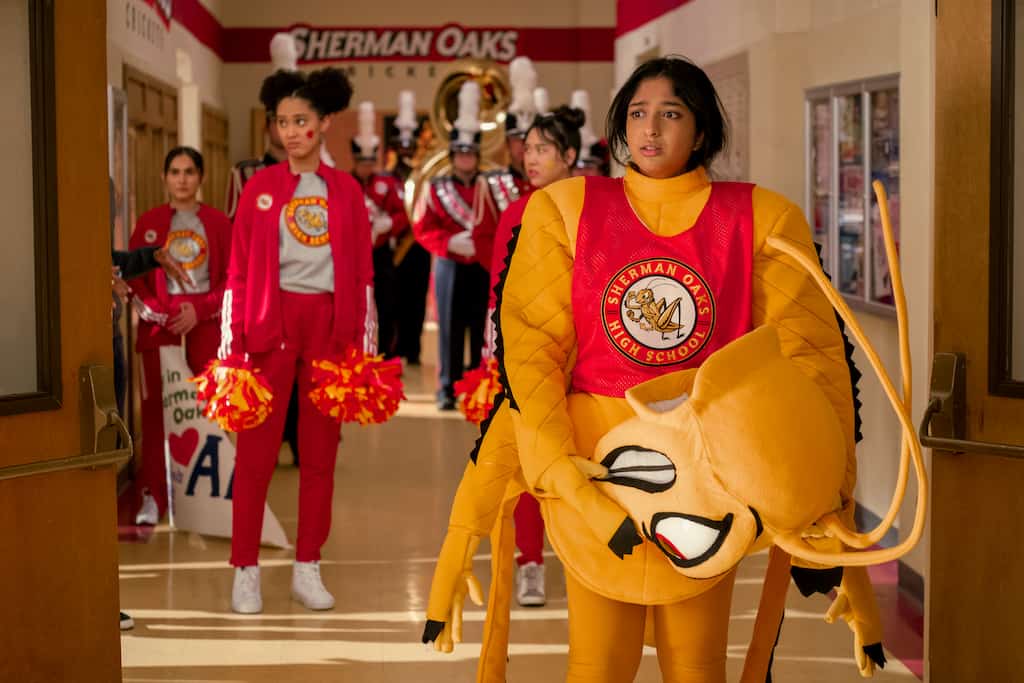 NEVER HAVE I EVER (L to R) LEE RODRIGUEZ as FABIOLA TORRES, RAMONA YOUNG as ELEANOR WONG, and MAITREYI RAMAKRISHNAN as DEVI VISHWAKUMAR in episode 207 of NEVER HAVE I EVER Cr. ISABELLA B. VOSMIKOVA/NETFLIX © 2021

"The greatest lesson I’ve learned from her is that if you want something, go and get it. The limit that you put on yourself tends to be the biggest limit, y’know?"
Series

I was late to the Never Have I Ever fan club. As a fortysomething, I assumed it wasn’t really for me. But early on in the pandemic, I read about Mindy Kaling’s new show and how Mississauga’s Maitreyi Ramakrishnan beat out 15,000 other girls for the role of Devi Vishwakumar. So after putting my son to bed one night, and pouring myself a bowl of cereal (a habit formed in lockdown) I finally sat down to watch it. I was so enthralled that for three nights, I stayed up late, balancing a laptop on my tummy, watching episode after episode until my eyes burned, forfeiting much-needed sleep while slumped in a position that was definitely doing bad things to my back. That’s what good TV has the power to do: Fuck up your entire schedule because you can’t get enough. But Never Have I Ever does so much more than that.

Maitreyi is the first South-Asian woman to star in a leading role for an American series, which is hugely impactful. Her two best friends Fabiola Torres (Lee Rodriguez) and Eleanor Wong (Ramona Young) are also women of colour. All three give outstanding performances, bringing a dynamic that is sincere, hilarious and full of sparks. The trio of high achievers are seen as ‘nerds’, which really means that they’re the cool kids with strong personalities and eccentric quirks. And while exaggerated (it is a comedy), the characters are charming and relatable. Watching them grapple big questions (How can we get boyfriends? What are the different ways people have sex? Who…am I?) is a joy to watch that inspires laughter and reflection. 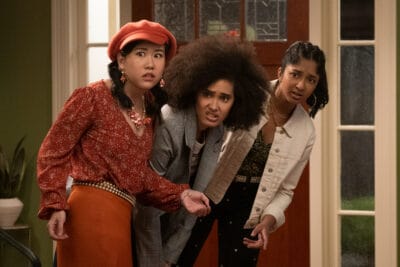 NEVER HAVE I EVER (L to R) RAMONA YOUNG as ELEANOR WONG, LEE RODRIGUEZ as FABIOLA TORRES, and MAITREYI RAMAKRISHNAN as DEVI VISHWAKUMAR.

The writing is daring, with the most unusual thing being tennis star John McEnroe as the narrator, which is incredibly bizarre but absolutely works. The story of a brown family immigrating to America post 9/11 brings an important new perspective to entertainment. From representation on screen to queer characters to the particular challenges faced by first generation kids, Never Have I Ever means a lot of different things to a lot of different people. “I don’t think there’s one thing that has the biggest impact. It’s the culmination of all these stories told through all of these characters with their different personalities and sometimes it’s just seeing someone that looks like you. Sometimes it’s hearing their story and hearing what they go through. Or sometimes it’s just a feel-good story that makes you laugh,” Maitreyi tells me.

Never Have I Ever is definitely a feel-good show, which is another reason why it took off so quickly—it premiered shortly after the pandemic arrived, and provided joyful escapism, even though the story begins on a tragic note, or the death Devi’s father.

Maitreyi skyrocketed to fame, going from a high school drama student to a big-name celebrity in less than two years. It’s been amazing but a total whirlwind. At the time of our interview, the Never Have I Ever star was in New York City, but has bounced between Mississauga and LA since the show started casting. When I ask her where ‘home’ is these days, she jokes that it’s “all in front of the same laptop”. 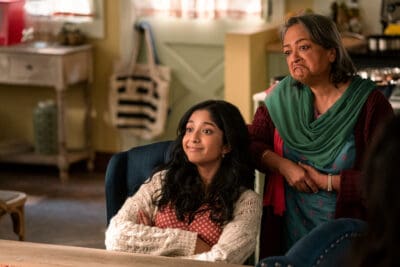 At just nineteen, Maitreyi has had to grow up fast, and in front of millions. She shares with me that learning to be her own best friend has been vital. “You gotta start loving yourself and learning to love yourself because at the end of the day, no one else is going to be looking out for you, or always there for you. It’s a rough reality. We meet people who we want to stay around in our lives, but that doesn’t happen. The only person who does stay around is yourself. From the day you’re born until the day you die, you are stuck with yourself. So start loving yourself!” It is a bit dark, but also wise, considering it takes most people half a lifetime to figure this out.

From the get-go, writer and producer Mindy Kaling has helped Maitreyi navigate the big changes. “I learn a lot from her and I’m so thankful for her guidance. The greatest lesson I’ve learned from her is that if you want something, go and get it. The limit that you put on yourself tends to be the biggest limit, y’know? The thing about Mindy is she just goes. She didn’t see herself on screen, so she decided, “Imma make my own show!” The Mindy Project – BOOM!” says Maitreyi, listing off several of Mindy’s massive accomplishments. “Like, that’s epic.”

What she admires in Mindy is also what she loves about her character Devi, “She goes for what she wants and doesn’t take no for an answer.” It’s a lesson many of us need to be reminded of, and an important one for tween and teenage girls to watch. I hope there are several more seasons to come; both Maitreyi and Devi are just getting started.

Season 2 of Never Have I Ever is now playing on Netflix.

"The greatest lesson I’ve learned from her is that if you want something, go and get it. The limit that you put on yourself tends to be the biggest limit, y’know?"