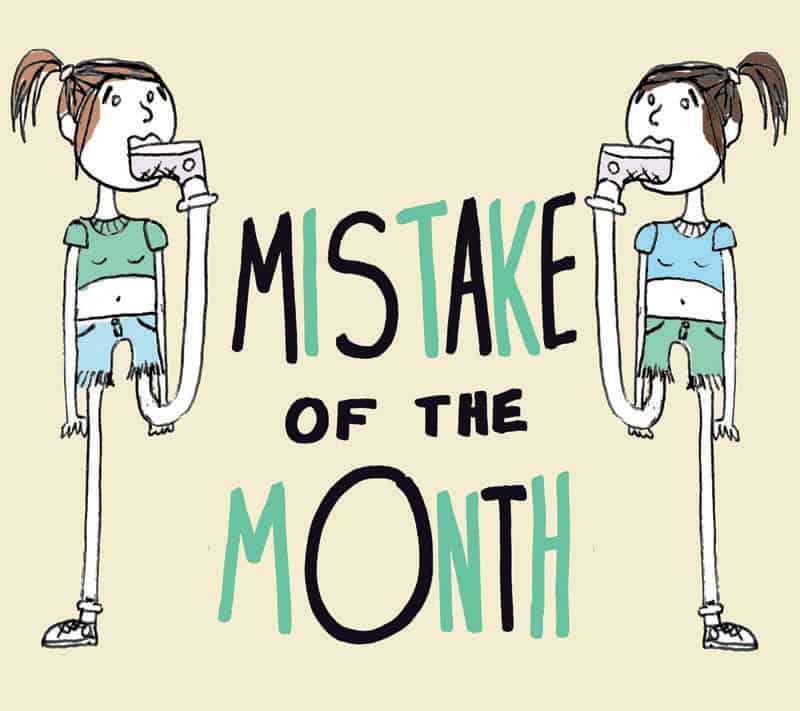 Mistake of the Month: Lisa shares her big mistakes and if you share yours, you could win a nail art mani at Sparks on King!

Guys, my mistake this month is super simple and pedestrian (this is a pun but also true and you will ‘get it’ when you read end of this sentence)… I lost my bus pass. Get it? Because I had to walk everywhere afterwards? Fuck. I get it.

I lost my January bus pass on January 11th. I did the math. I did not get my money’s worth in TTC trips. Why did I do the math? Even, I don’t know, a baby could tell that I lost money when I lost that pass. But a baby doesn’t have to pay for TTC tickets and gets a free ride for two to three years swaddled in blankets and love and doesn’t understand how depressing it is to spend $128.50 on something that was supposed to last a month and then just POOF DISAPPEARED and so a BABY shouldn’t be doing that math and shouldn’t be telling me anything because a baby would be making me feel even worse about my carelessness than I already do and hey baby why you got a calculator?

Carelessness is what caused the loss. That and over-enthusiasm for bad 90s rave wear. I wasn’t even drunk. I wasn’t even drunk because I’m tired of losing things (lipstick, dignity, sense of direction) when I drink. Also drinking is expensive and I have a tiny, baby sized income and a lot of my monthly budget is dedicated to BUYING A BUS PASS. I’m pretty sure I lost the pass at the Good Kids’ 90s Electric Circus night. I had it when I left Fucked Up’s Long Winter show cause I took the Queen and Bathurst Street cars to get to The Annex WreckRoom. I may have lost it as I rushed through the front door and into the bathroom to change my outfit. I just HAD to wear a costume. I threw my stuff all around the stall and came out (sans pass?) wearing an old Laker’s jersey, bright green leg warmers and a rhinestone bindi. I proceeded to embarrass myself in the night’s costume contest: I timidly made my way to the front of the stage and then, overcome by the booing audience in front of me, did some kind of frantic hypeman dance and was instantly eliminated. I left shortly thereafter. Only to not find my bus pass in my bag at Bathurst station. Night ruined. Month altered financially. Belief that maybe I’m a real grown up and don’t need other people to hold on to my important belongings so that I don’t lose them dashed. I am the math-doing baby, I will tell myself how dumb I am and then cry about it. 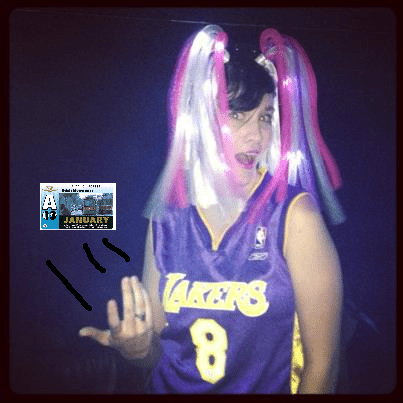 SURE. GREAT. EASY. WHO CARES? ‘WHO CARES?’? I CARES. And I also cares about the mistakes you made this January. What’d you do wrong? Tell me. Tell Mama Lisa (nope) what happened and she’ll pick an (un?)lucky commenter for a SDTC ‘Hush Now, It’s Aright Sweet Child’ prize pack. Sometimes it’s the simplest mistakes that ruin a month. I lost my bus pass. What’d you do wrong?

Share your mistake of the month by commenting below is and you could win a Nail Art Manicure from Sparks Salon in Liberty Village. Sparks is our favourite place for fun instagram-worthy nail art and we’re pretty sure a colourful mani will make you feel better about your mistake.