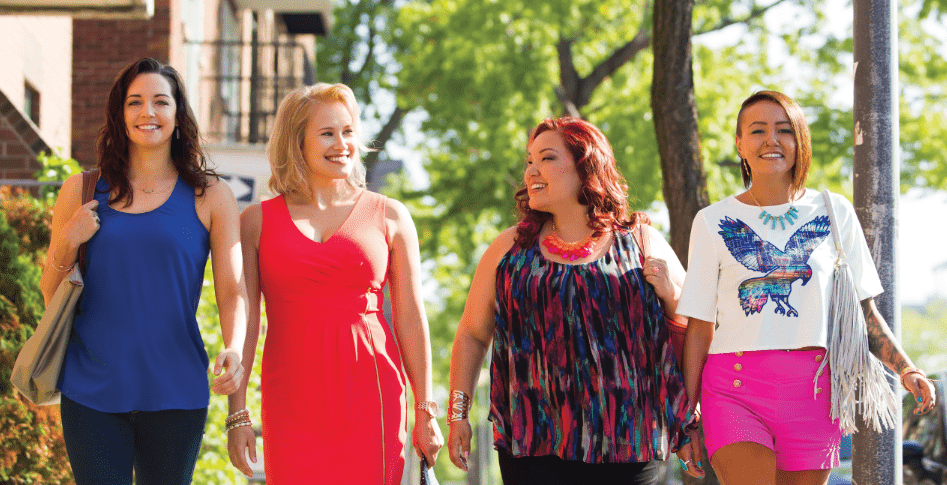 Mohawk Girls is a comedic look at four 20-something women as they try to figure out what it means to be a modern-day Mohawk woman –balancing family tradition with the freedom of new experiences –  and trying to find love in a small town where everybody has dated everybody.

In the series, Bailey (Jenny Pudavick) wants to be the “perfect” Mohawk, but she’s ready to see what life is like beyond the rez. Caitlin (Heather White) craves love from all the wrong men (including her absent dad and bad-boy boyfriend). Type-A Zoe (Brittany LeBorgne) is driven by the need to succeed while serving her community, but she’s got a secret, kinky, side. And newcomer Anna (Maika Harper) is having a hard time figuring out the rules in Kahnawake.

She Does the City caught up Mohawk Girls‘ co-executive producers, Tracey Deer & Cynthia Knight (Deer is the creator/director and Knight is the writer/showrunner). 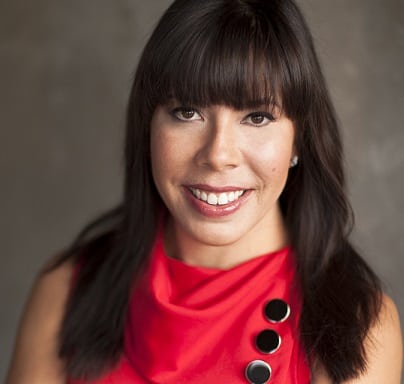 SDTC: What inspired you to create Mohawk Girls?

TD: I was a twenty-something Mohawk Girl myself when I came up with the idea. There was so much going on in my life that was both unbelievable and hilarious, as well as with all of my cousins and friends. I just thought our lives had everything needed for a kick-ass comedy. So I started taking notes and began creating the characters and their internal conflicts.

SDTC: How would you describe the show to someone who hasn’t seen it or know what to expect?

Cynthia Knight: The show is a dramatic comedy about four young Mohawk women trying to find love and trying to find themselves. There’s a fun romantic comedy side to the series – all about dating and mating and trying to find love on and off the reserve. And it also explores questions of identity – who the characters are, where they belong in the world, do they follow their culture and community’s dictates or go their own paths. It’s a very specific world we’re portraying in the show but at the same time, all the issues and questions explored by the characters are universal to all young women. 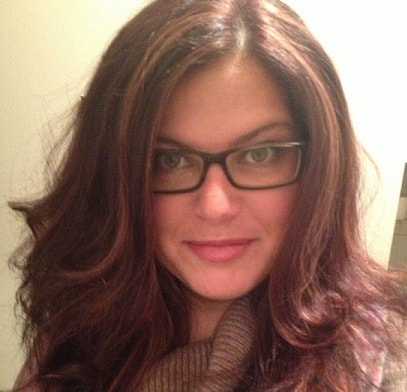 SDTC: Are the main characters based on people you know in real life?

TD: To create the four characters, I drew from different aspects of my own personality and developed them from there. Each of the girls represents a piece of me, and I hope will also resonate with other women as well.

SDTC: What was the biggest challenge you faced in writing/filming/producing etc?

TD: We didn’t want to look like a ‘small show’ and be dismissed by audiences. So we had a very ambitious goal with budget constraints. It’s been incredible to experience such a team effort on the parts of the producers, the broadcaster, cast and crew to make the show shine as it does. I’m incredibly proud.

SDTC: What is the most rewarding part of the show, for you personally?

TD: It is wonderful to see my people and our stories represented authentically on television – with humour. I’m so tired of it always being negative, when that isn’t the truth of the matter. Yes, we have a lot of issues to figure out, but we are so much more than just heartache and hardship. It’s time to celebrate the good and build upon it. I hope the show can play a part in doing that.

On the personal front, I’ve wanted to be a filmmaker ever since I was twelve years old. So to have all this happening is a dream come true. That’s a really amazing feeling!

SDTC: What does the future hold for Mohawk Girls?

CK: We’ve just begun developing the next 6 episodes of the series so it definitely will keep going in the near future. We also now have a distributor onboard who will try to sell the show to American and foreign markets so that hopefully people far and wide can have a peek into this world and see Aboriginal people represented in this positive new and very fun light.