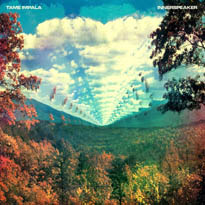 7pm Ben Katchor’s THE CARDBOARD VALISE Book Launch @ Drawn and Quarterly, 211 Bernard O. Ben Katchor“The creator of the last great American comic strip.”—Michael Chabon) launches his first book in more than ten years. The Cardboard Valise is a graphic novel as travelogue; a canvas of semi-surrealism; and a poetic, whimsical, beguiling work of dazzling imagination. Ben Katchor will be reading and projecting images from The Cardboard Valise, which will be followed by a Q&A session.

SATURDAY APRIL 30 & SUNDAY MAY 1
8am Beast of the East 2011 @ Arena St-Louis, 5633 rue Saint-Dominique. It’s that time of year, derby fans – the birth of a new season of hard-hitting derby! For a fourth consecutive year, the Montreal Roller Derby League hosts the Beast of the East flat-track roller derby tournament. The two-day event features teams from all over Eastern Canada, with a total of 28 20-minute games played at Arena Saint-Louis in the Mile End. This fun and fast-paced tournament will likely be the only time for you to see so many games play in a weekend. Find game schedule and ticket info here. Tickets $15 per day, $25 for two-day pass. Until 6pm.