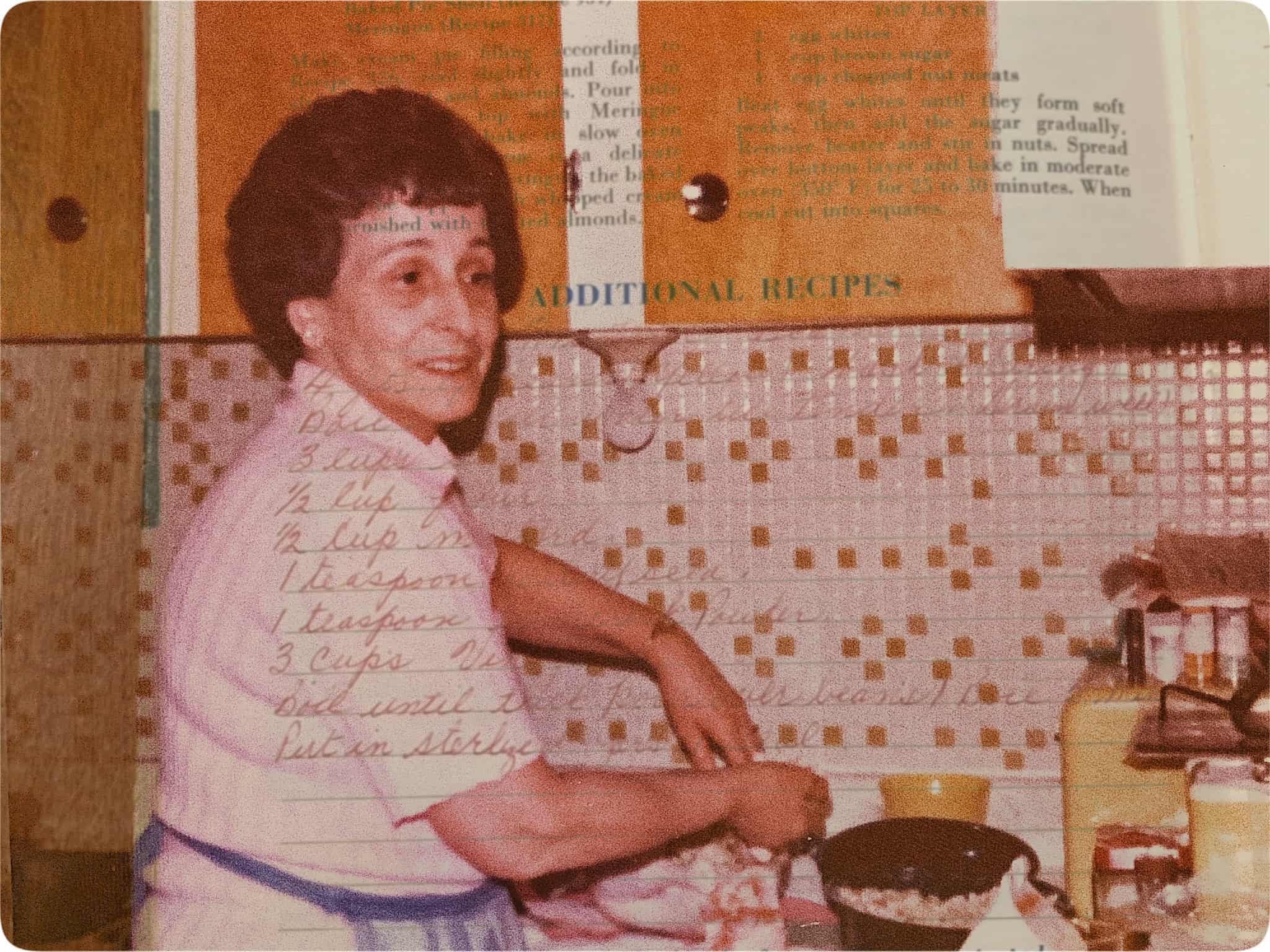 "My grandmother’s journey through our mental healthcare system sought to have her erased."
Health & Wellness  Life Stories

The morning of October 12, 1967, started off like any other Fall weekday. Sisters Sheila and Edna were just 10 and 7 years old, and like most mornings they got ready for school on their own. When it came time to step out the front door however, their mother didn’t want them to go.

The sisters, now 65 and 62 years old, recall that when their mother got like this, she didn’t like to be left alone. “I think dad must have come home from work early,” Sheila recounts. As was customary when their mother got particularly “unwell”, the family of four piled into their 1965 Ford Custom, left their Parkdale home, and drove to the doctors.

Edna remembers pulling up to the curb of the hospital. She remembers the nurse coming out to greet them and she remembers her mother begging not to go in again.

Lottie is one of thousands of Canadian women who have undergone Electroconvulsive Therapy (ECT) since its introduction to Canadian healthcare in 1941. She was also my grandmother. Though, the only idea I have of who she was is fragmented — fractured by and refracted through the incomplete stories I have gathered over the years. Pieces of memories that my mom, Edna, and my aunt, Sheila, have chosen to share.

Today in Canada, 75 percent of all ECT procedures are administered to women. The psychiatric treatment is commonly used to manage mental illness through medically induced seizures, and it leaves some patients with significant autobiographical memory loss. Looking at my grandmother’s story, this loss of memory is three-fold. From Lottie’s own experience with ECT-induced dementia, to my family’s struggles to keep her memory alive in the wake of stigma, to our country’s dark history of burying the memory of their own systemic mental healthcare abuses — the opportunity to remember seems to be the hardest part.

While it may seem so easy in the era of #BellLetsTalk to expect us all to just talk about mental illness, this hasn’t always been the attitude of Canada’s mental healthcare systems. Starting in 1850, Ontario’s provincial-run institutions acted as the home for thousands of mentally ill patients, many of whom were sent away to be forgotten. Today, 1511 of these patients are now laid to rest in mostly unmarked graves at the Lakeshore Asylum Cemetery in Etobicoke – destined to remain as nameless in death as they were made to be in life.

Much like these patients, my grandmother’s journey through our mental healthcare system sought to have her erased. After her first hospitalization in 1957, her doctors told my grandfather that they didn’t have any hope for her and that he should probably look into putting her away. Thankfully he refused, but the whole nature of this exchange brings some dark principles to light. The misogynistic nature of medical decision-making in Canada, the notion that individuals who struggle with mental illness are disposable, that they are not deserving of bodily autonomy — principles that highlight what the foundation of Ontario’s mental healthcare system is built on.

By the 1980s, Sheila and Edna were in their early twenties and Lottie had begun to struggle with early-onset dementia. For her, this meant the loss of her autobiographical memory. For her daughters, this meant losing their mother piece by piece by piece.

Growing up in a generation where stigma drove public attitudes towards mental illness meant Sheila and Edna were taught from a young age to not talk about what their mother was going through. And in their forced silence, the memory of Lottie was quieted too.

It’s now been 55 years since that 1967 October morning. Sheila and Edna both have children of their own, and Sheila is a proud grandmother to seven grandchildren. Seeing my cousins’ kids grow up with Sheila as their grandma reminded me of a relationship I never got to have with Lottie. And it’s part of what pushed me to sit down with my mom and aunt and do something that they haven’t done in all these 55 years. Talk.

Who was Lottie beyond the tragedy of her circumstance? Who was she before her memory was stolen?

Decades of stories came flooding in, colouring our conversation with laughter, tears, and surprises. Stories of how she would make the most delicious apple pie and butter tarts. How she had such great style. How she was a wonderful homemaker. How even in her confusion and dementia, her maternal instincts and love for her daughters shone through. Stories that, once spoken out loud, made us realize that even though she has passed away, her spirit lives on in the way Sheila and Edna learned to become mothers. Stories that made me realize that although I never knew her smile or felt her touch, these things lived on in the way my mom cared for me, and would live on in the way I interacted with the world.

While we can’t bring Lottie back or take away the abuse she endured, we can talk about it now. We can tell her stories, speak her name, bake her apple pie recipe. We can ask ourselves and our systems why so many women are disproportionately prescribed ECT? Why is the response to women’s trauma more trauma? And in doing so, we can write Lottie — and hopefully many others who our systems have tried to forget — back into our personal, familial, and national history.

Emily Ryder is a Toronto-based writer and filmmaker who is passionate about telling stories that explore the complexity of intergenerational relationships through the lens of queer becoming and womanhood.

"My grandmother’s journey through our mental healthcare system sought to have her erased."