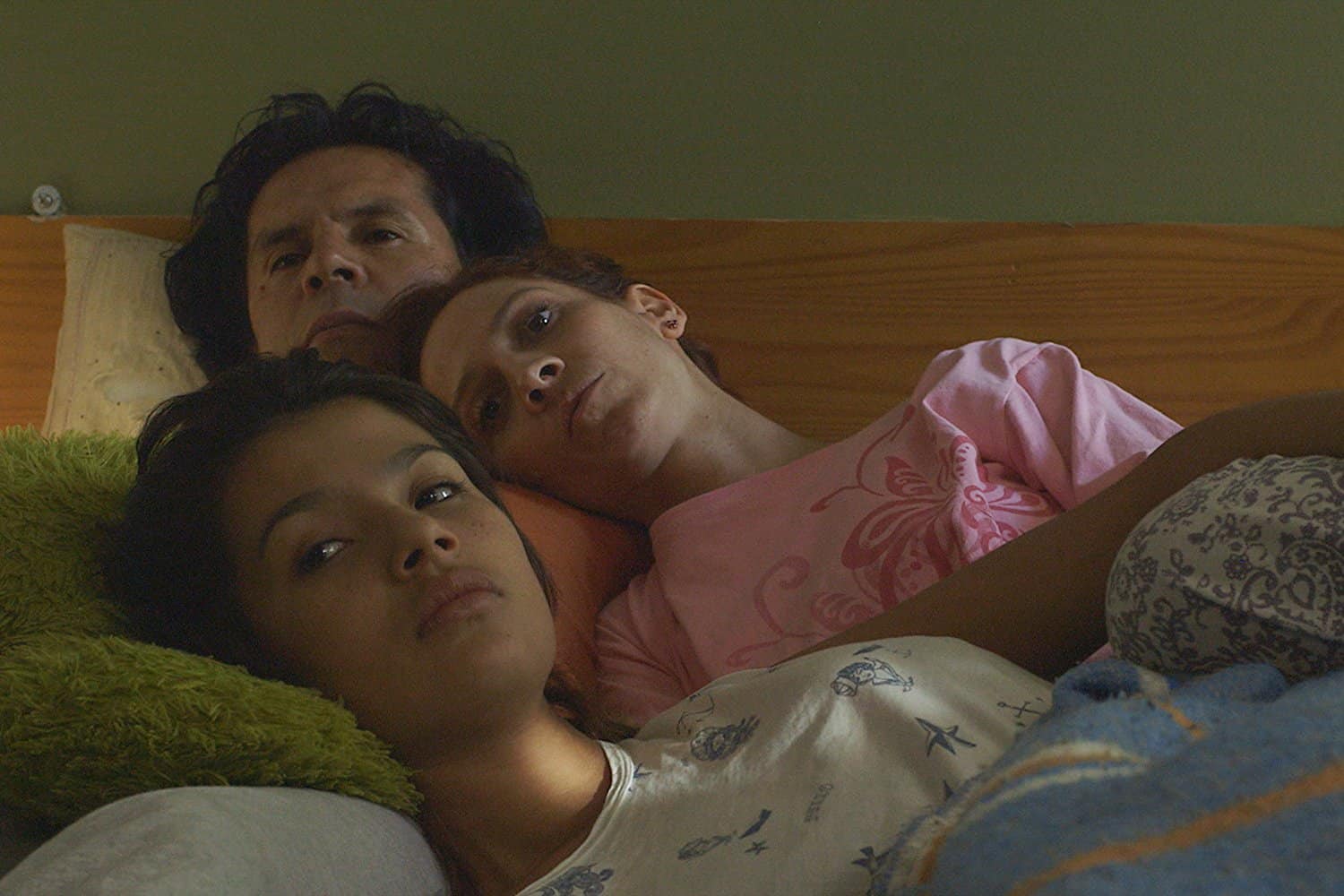 Mothers, Daughters & The Passage of Time

Colombian-Canadian writer-director Lina Rodriguez’ latest feature, This Time Tomorrow (Mañana a esta hora) turns a lens on family dynamics. More specifically, how a daughter’s coming-of-age can shift the family dynamic – especially within the subtle multifaceted relationship between a mother and daughter. It also looks at the relentless passage of time, and how unexpected events can drastically alter those family dynamics. Her film examines the subtle parts of women’s lives that are often missed or overlooked in louder, brasher cinema.

We spoke with Lina by phone last week.

SDTC: Why was it important to explore the mother-daughter dynamic?

LR: I grew up in Colombia. I wanted to offer a representation of being a mother that is a little bit more robust and complex than a woman just being a mother who is always mothering people. My mom always worked, but there was a different expectation, at least in Colombia, to be a mother. It was more heavy on being a mother first. It was important for me to flesh out this representation of ‘mother,’ to make it more complex where she’s a woman who is not just someone’s mother, but she gets ready to go out and do things, and she has a husband and they have something, she has friends, she has a job.

I was looking at young women and how they are negotiating all the different pressures and expectations – from family, from out in the street, from men, from being out in the world. Every single space that you enter has an expectation about how you should be as a woman. I really like giving space to young women in my films to figure it out on their own and to represent them beyond being an object of desire.

In terms of the mother-daughter relationship, I wanted to look at how mothers and daughters are negotiating emotional and physical space when you’re ‘stuck’ in this place with your family – you didn’t choose your family. And you’re trying to figure out how to be authentic. How is it to be a mother of a teenager? How do you navigate that, and vice-versa? I wanted to explore what happens when mothers and daughters are relating when they’re their own beings with their own agency – not just mothers/daughters performing the roles of being mother/daughter. They’re women.

The dialogue and performances seemed so real. Was it all fleshed out in the script, or do you have your actors work within the parameters of the script?

I wrote a script, with dialogue and everything. I gave it to the crew, but not to the cast. I didn’t want to taint their relationship. I wanted them to concentrate on building bonds as a family. I like to create this series of strategic exercises where the cast can get to know each other as people. Then they can figure out their own back story on their own.

So I designed meeting times for them to do stuff – see a movie, get a manicure together – so they had all this life experience together that was separate from the script, separate from me. So then what I wrote is just the framework, then I bring them in and they just populate it with all of their stuff. For example, in the opening of the film the father and daughter are watching a film, and the mother is not in the room. I said, “Just call your mom until she comes, and you want her to bring you something to eat.” That’s the direction. All of the movement is them.

Everything you see is this pre-history that they’re bringing to the fore. They’re summoning all of that experience. I really like that because it creates this complicity between them, there are things they know that I don’t know. There’s a bit of mystery for me. Part of directing, for me, is to invite people to be present and be willing to give a part of themselves to the process. I don’t want to just write a script and get a group of people to execute it.

In the west, moms seem to shoulder a large portion of the emotional labour within relationships. Why does this dynamic persist?

I wondered how men are being fathers these days. I come from strong women, and I’m a strong woman. It’s interesting because Francisco [the father] – as he was doing the pre-history exercises, I told them to decide on a meal to create, go out and get the ingredients, do the cooking and then clean up. Without me. So we did this and then I would talk to them separately. I would get their versions of what happened. Both women were like, “He arrived, he had a beer, and sat down.” And this is a really sensitive man who I really like who is an artist. He has two kids, he’s a super hard worker. I don’t know if that is what he does at home – but this is what he did here. It just became the dynamic. I’m really interested in dynamics. I like to think it has to do with the fact that Maruia who plays the mom has a personality where she takes control. But its impossible for me to say it’s not a gendered thing. Why? I don’t know. I don’t like it. I’m interested in looking at this trio where circumstances change, and responsibilities have to shift. 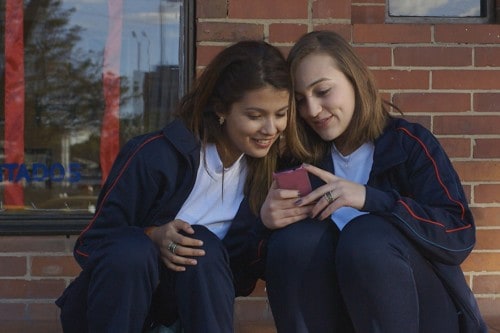 The family in the film seemed very protective of their daughter, like they needed to keep her in their sight lines. Why was that a part of the atmosphere of the film?

I grew up in Bogota in the eighties, which was a tough time – Pablo Escobar, bombs happening, all these crazy things. I have friends here with kids and they let them go to places on their own, on the streetcar. My parents would take me places in the car, and would be like, “Who is going to pick you up?” Bogota is still the kind of city where if you walk in the street with a short skirt, guys will whistle at you, try to get near you. It’s really invasive. Being a woman here [in Toronto] I feel a lot safer. One of the things I love about Toronto is that you don’t need to get anyone to walk you home.

I guess that sort of forces more togetherness for the family in the film, out of necessity, to protect their daughter.

In my family, there is definitely a way of togetherness – like everybody lying down on the same bed. That still happens now, even as grown adults. When we get together, we just flop on a bed together and watch a movie. My partner is Canadian and we would spend a lot of time with my parents. Every once in a while he would be like, “You guys go for a walk, I’m going to stay here and read.” The amount of explanation I would have to give to my parents as to why he isn’t coming with us. Is he mad? Did he not like the salad? No, he loved the salad, he just wants to read. But why? Why doesn’t he want to come with us? Because he wants time by himself. They don’t understand that. They don’t understand why you would want to be by yourself if your family is there. 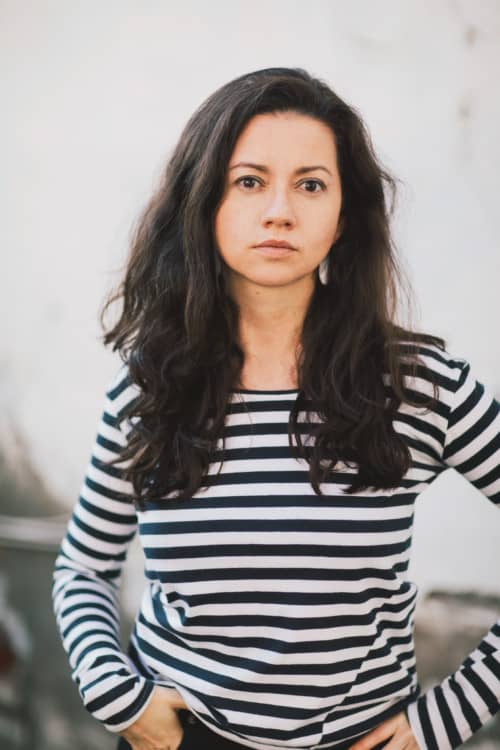 What’s scarier to you, your own mortality or your parents’ mortality?

I guess in a selfish way, my parents’. Because then I would have to go through that horrible loss. But then when I think about it, it would be so painful for them to lose me. It’s strange. Both suck.

Was making this film a way to grapple with these issues indirectly?

For sure. Part of the way the film was shot, it felt like a return to how I felt growing up. The sense of togetherness, being on the same bed and everybody is there, or everyone is in the kitchen all the time. Maybe it was part of my unconscious desire to return to that, because my parents are aging. There’s an aspect of nostalgia for that time.

The conscious reason was that I’ve always been kind of fascinated but terrified by the fact that time is passing. It’s such a simple concept, but it’s kind of terrifying once you really think about it. In an unconscious way, I am probably just really terrified about my own parents aging – it’s a personal fear. 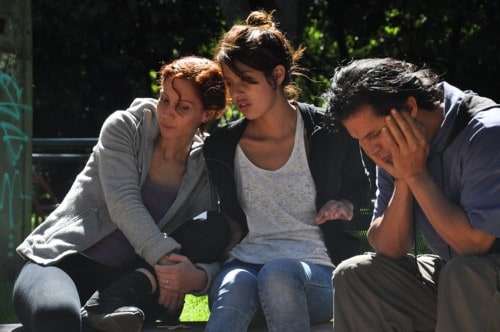 Did this film make you reevaluate your relationship with your own mom?

I think it goes back before then. I’ve been out of Colombia for almost seventeen years. When I left, I started to realize I had left and it was a bit more permanent. Then my grandfather died and I was really sad but I didn’t know him as a person. We had this dynamic where we just didn’t really connect on a deeper level. I didn’t want that to happen to me and my parents. So I started this personal campaign to get to know my parents. I think this film is a result of this process.

I’ve been trying to make the most of my relationship with my parents, because we have a long-distance relationship. I want to know them as people, and not just follow the motions of the dynamic of being in a family where everybody has their role and you think they will just be there forever. Because they won’t.

I want people to slow down and think about the present and how ephemeral it is. Not take the present for granted. Be present and aware of others and what’s happening with them. Take advantage of that gift of being alive and being together.