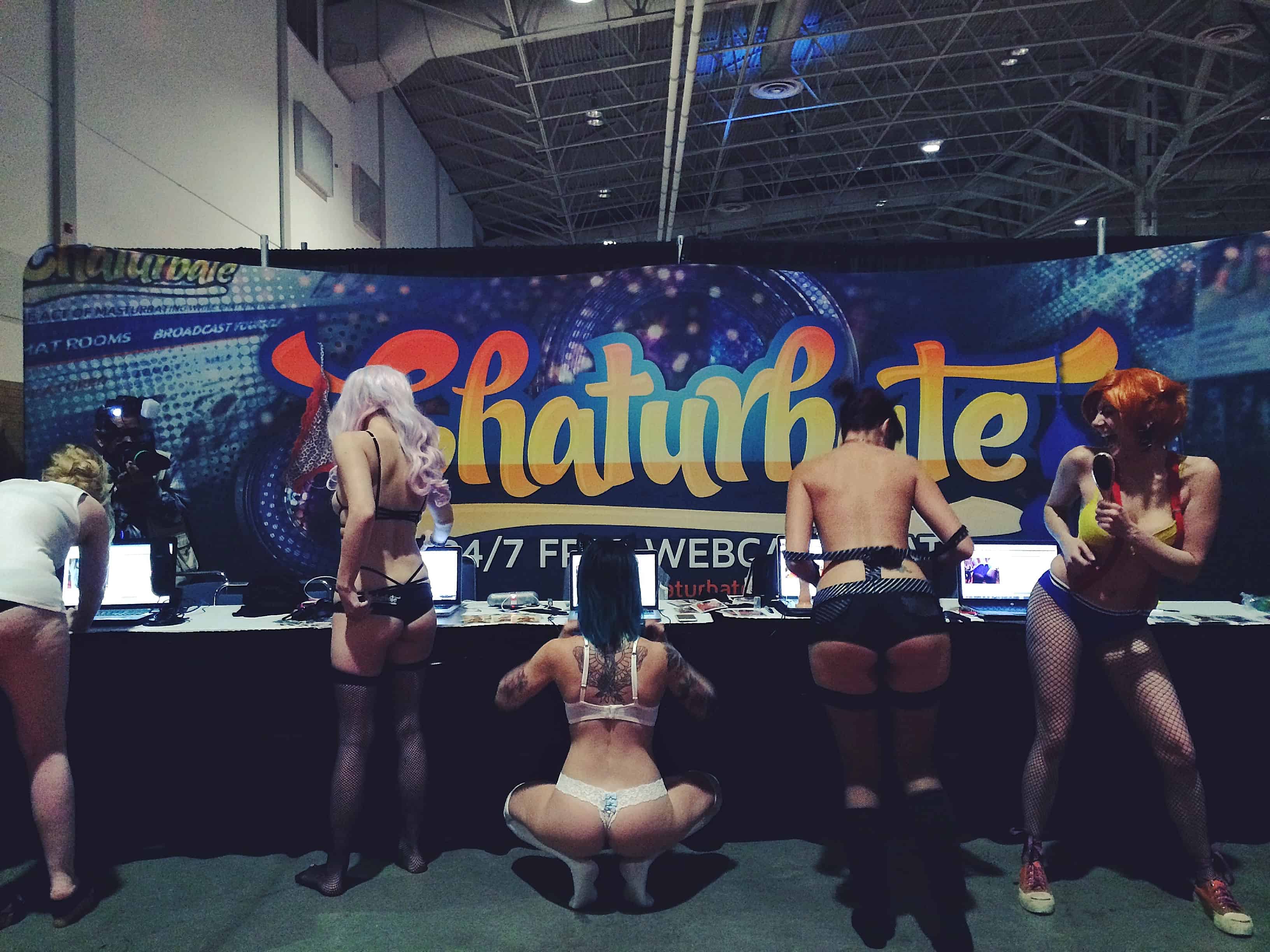 My mission on Saturday was to check out The Everything To Do With Sex Show – “North America’s largest adult and romance expo” – at Toronto’s Exhibition Place. This being my first sex convention, I tried my best to go into it with little to no expectation or prejudice.

I dressed for the occasion. I mean, I went to Fan Expo a couple of years back and was the only one not wearing a Sailor Moon costume. So this time around I prepared accordingly and pulled out a way-too-short romper and a pair of high-heeled boots from the back of my closet.

The male strip show deserves a paragraph entirely to itself. I can now say that I understand the appeal, but it’s not my cup of tea. The men quickly went from wearing jeans to towels to thongs and actually did a synchronized striptease to the song “Pony” by Ginuwine, from Magic Mike. Two women were pulled from the audience for chair dances. One kept her coat on and had a good laugh, while the other concentrated a little too intensely on licking a stripper’s chest and jumping at each and every chance to dry hump him. It gave me a glimpse into the bachelorette party I’ll probably never have.

In all seriousness, The Everything To Do With Sex Show was an eye-opening experience that everybody should try at least once. A couple of my friends joked in advance that I’d be surrounded by “weirdos” and “pervs.” That didn’t happen. Instead, the show pulled a huge crowd of regular-looking singles and couples (after all, everybody has sex) and gave huge exposure to the sex-work industry – mostly sexual performances and products – at a relatable level in an intimate, safe environment.

When it comes right down to it, I think it’s time to strip down sex work (no pun intended) and see it for what it really is – work. That’s it. And remember: just because you may not want to be a janitor doesn’t mean somebody else wouldn’t love to be one.

As long as everybody keeps having sex, there will be a market for it, so we might as well embrace it. “Sex sells” as a marketing concept is nothing new, but the normalization of it is. Events like The Everything To Do With Sex Show help to eliminate the stigmas and taboos associated with unconventional and premarital sex.

We’re all free to form our own opinions about sex work. Some feminists argue against these occupations, saying that they degrade and sexually objectify women. Others feminists argue the opposite, (i.e., that when executed right, working in this field can be empowering). There’s no point making assumptions about something until you’ve experienced it yourself, right? So do yourself a favour: attend an event like this, meet people in the industry, and then decide.