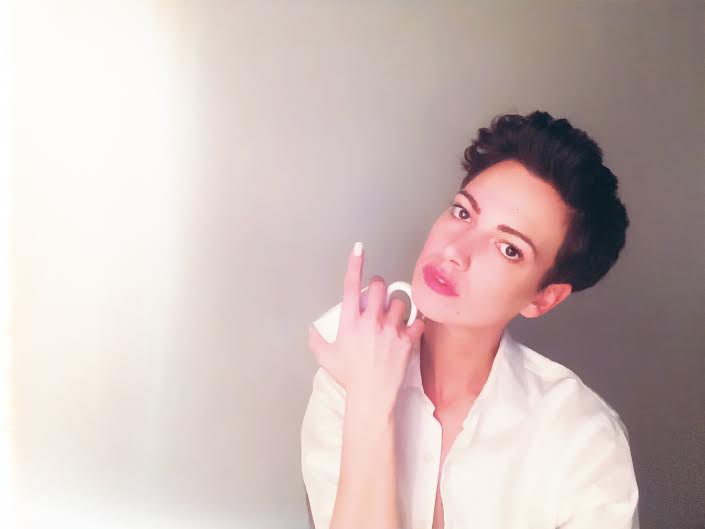 My First Year as an Alcoholic in Recovery

The Crisis Ward in Emergency at St. Joseph’s hospital in Toronto is always open. Even on Christmas Eve. I know this because that’s where I was on that day last year, pumped full of Valium, holding a bile-filled Christmas cookie tin in my shaking hands, trying to coax the salty saliva pooling in my cheeks to finally slide down my throat. This was my second visit to this same unit in two months. This time, I didn’t have the alertness that comes with an amphetamine high. After the last stint in rehab (or, as some of you were told, “another yoga certification”), which ended just three weeks earlier, I had vowed not to touch the stuff. No pills. No powders. No turning pills into powders and calling it a loophole. Just booze. But booze on its own, I discovered this time around, apparently works just fine.

I’ll never forget how I took offense to the ward being decorated. Single, balding ropes of silver tinsel taped across informational posters about PTSD and needle safety reminded me of clear nail polish painted on a stocking snag to keep it from fraying in full. The unshaven man next to me asked a male nurse for a sandwich for the third time. When it’s cold in Toronto, the homeless often lose their shit on purpose just to have a warm bed to sleep in. I had lost mine by accident. Again.

Although I’ve probably been battling addiction my whole life, it only became apparent to me about five years ago. Once I identified the feeling – also known as absolute helplessness – I had no choice but to feel it always; first like a pebble in my shoe, then eventually like a boulder on my back. Addiction is ugly, so I usually didn’t share this dark truth about myself with anyone. Not boyfriends. Not coworkers. No one. You may have personally known me then, and are reading this now thinking, NO WAY! And you’d be right. I had no way. I was lost, and any remaining direction I possessed was used to keep my problem on course and well hidden, like the cocaine I hid in my bra, or the Adderall I hid in my Tylenol bottles, or the liquor bottles I hid under my bathroom sink.

It is, yet I choose to keep my new life in recovery, like my addiction, a secret from most. Why? Likely for the same reasons I hid my addiction. If you knew I was in recovery, I fear that you will judge me, or worse, you’ll try to save me. “Bring old Carli back,” you’d say. “We want Fun Carli again!”

Very late on December 23rd 2014, “Fun Carli” was discovered in her apartment by her friend from a 12-step group, a place she’d only go when she was convinced she was high or drunk enough to endure it, but not too high or drunk that other people could tell. “Fun Carli” was promptly removed from the mess of empties and excrement that was now her walk-up studio apartment, and taken somewhere safe. The next morning, when it became clear to everyone that this safe place wasn’t nearly safe enough for the violent detox she was about to undergo, she was transported to the ER, and from there, the Crisis Ward.

The only thing “Fun Carli” could feel was disappointment to be back in the hospital. The day before, when “Fun Carli” took a bottle of vodka and her sharpest kitchen knife into her bed, she had been gunning for the morgue. This final disappointment is what (hopefully) killed “Fun Carli” for good, if she ever even existed to begin with. 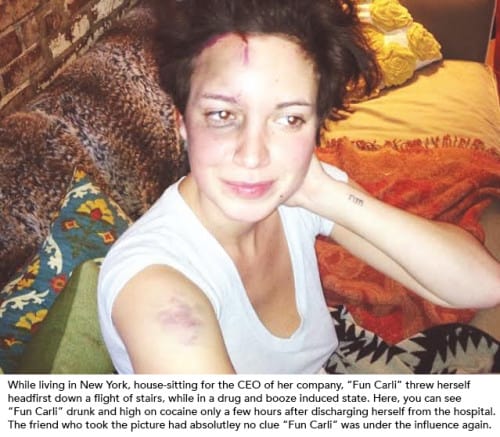 In truth, feeling like a loser was never much fun. I have always wanted to be the best. The best child of four. The best writer. The best copywriter. The best yogi. The best friend. The best girlfriend. But I never was, because no one is. The idea of Best is bogus. Though at that time, I still believed in Best, and not being so made me the worst. Then, with poor logic and a fire in my belly, I set out to be the best at being the worst; always feeling lesser than, and forcing myself to act better than. Ego and self-loathing on a collision course. A trainwreck of mass proportions. And then I would flee the blazing scene.

My life became a series of disappearing acts. Poof! Goodbye, Toronto! Adios, New York! Vamonos, Vancouver! It was kinda like, “Now you see me, now you don’t,” while never actually letting anyone see the real me, the terrified and lonely me, at all.

And then came the blood. First on my face, dribbling from my nose while in conversations. “God, it’s dry in here,” I’d say laughing, while I smeared disgrace across my chin with the Kleenex I always kept handy. Then in my urine. With an ache in my side I asked the doctor on King West if I should be worried. She said if I wasn’t already, I should really be worried. I stopped for a drink alone on my walk home from her office. If I was going to be bleeding and dying, I’d be bleeding and dying by myself, thank you very much. I have a reputation to uphold. 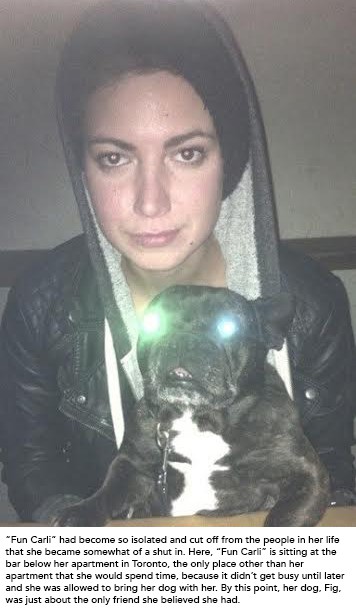 “We never see you anymore,” I’d hear more and more at the end of it all, when I’d run into people on Dundas while out walking the dog. That was just about the only time I’d leave my apartment for any other reason than to get more drugs or booze, or to sit in the bar below my walk-up. “I’m trying to turn my life around, party less…” I’d tell them, feeling somehow self-righteous as I took a step back to hide the smell of liquor on my breath. “You look so thin,” they’d say. “Vinyasa,” I’d chirp, and pray to God for the interaction to be over.

I used to stay up until 4 AM, unable to sleep, writing suicide notes on Microsoft Word (which were more like suicide novellas, being a writer who was high on cocaine), then delete them when I woke up the next day. The shame would cling to me like a needy two year old, me as a two year old, and not because I’d written the note, but because I hadn’t been able to achieve death yet. I’d sit in my unmade bed looking out at the sky over the streetcar cable thinking the sun audacious for rising.

Only a year later, and that feels like a lifetime ago. Now I fall asleep at reasonable hours, without a lit cigarette in my hand, and try to beat the sun to the day. If I do stay up late writing, I’m writing essays (I’ve finally gone back to school!), or watching movies with my partner (I’m in a fantastic relationship!), or chatting to my mother on the phone (I don’t feel like I need to ignore her calls anymore!), and these are all things I get to do because I’m clean and sober. I used to think I was probably depressed, on top of being an addict. Co-occurring, they call it. But in the last year, there has not been a single morning that I’ve put my feet to the floor feeling frustrated for just being alive. My heart is still beating, and I love how that feels.

Whatever it is that you’re doing on Christmas Eve, be it sitting in church, opening presents with friends, eating Chinese food (as my family does), or in a 12-step meeting like I’ll be, consider those who seem unlike you. The one’s who usually seem so together but, unlike you, aren’t in church, or are afraid of their friends, or, after days without eating, can’t stomach anything more than Ensure, let alone spring rolls. Because like me, they may be suffering. Like I was, they may be in hell. And though they very well may be, maybe they too can come back with just burns.

And if it’s you who’s like me, the one who feels unlike anyone and unlikable to everyone, maybe it’s time you gave yourself a chance to stop hiding. Hidden is no way for a human to be. And living, it turns out, is easy to be Best at, because you can only fail by not trying.

The holiday season can be extra difficult for addicts and alcoholics. If you need help, AA has a 24-hour help line you can call, and there are several meetings that you can attend. Find the closest one to you here. Renascent Rehab Centre is also a wonderful place to begin recovery. Information on their rehab program and help line here. If you are in imminent danger, call 911 or visit your local ER.