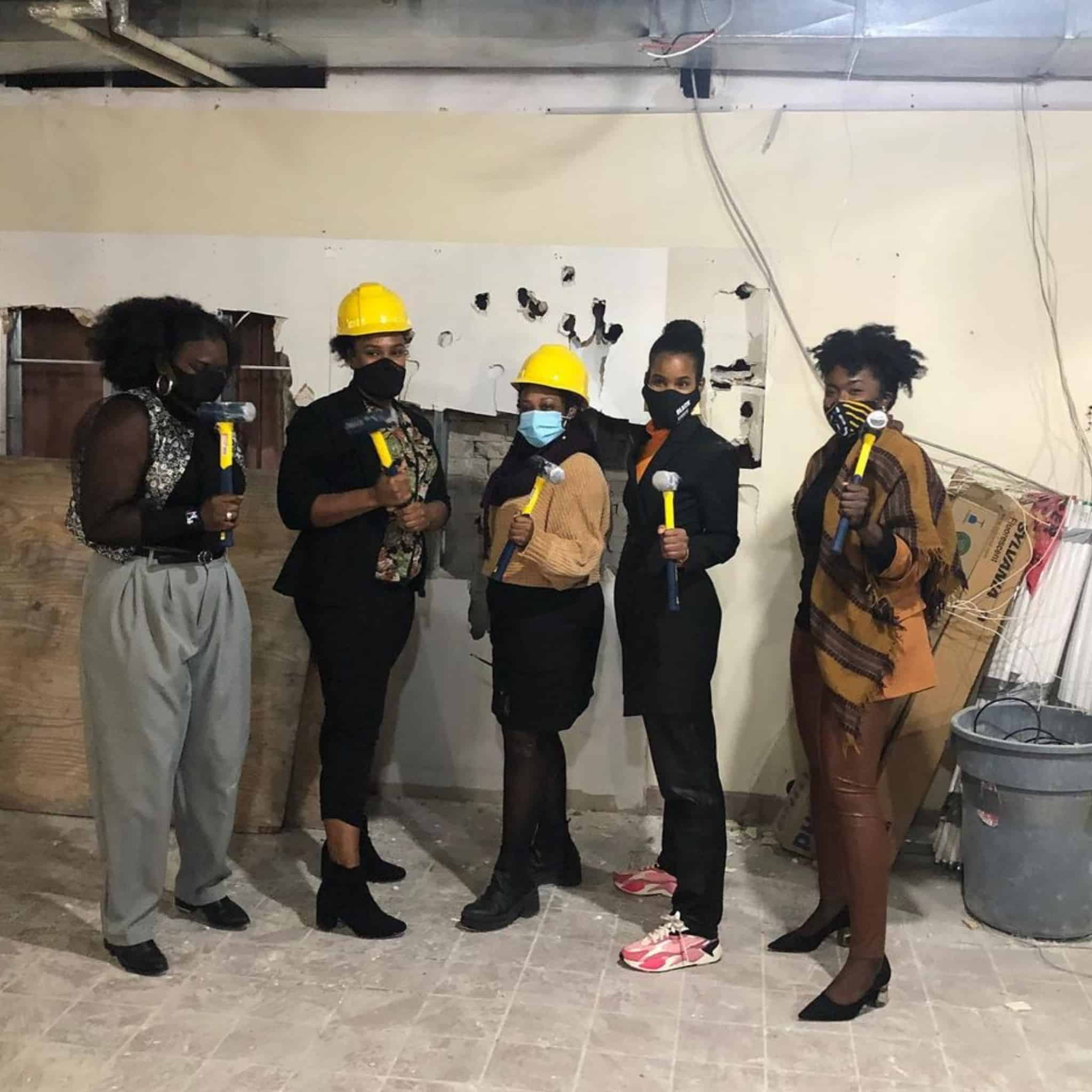 Between gentrification, the pandemic, and the never ending construction of the Eglinton Crosstown LRT, Little Jamaica has been hit hard. Many small businesses are barely holding on, and unaffordable rents are pushing longtime residents elsewhere. But the construction of the Nia Centre for the Arts, the first Black arts centre in Toronto, is a beacon of hope.

“My vision is to have a space where we can go and take a dance class on a Saturday, and sign up for a drop-in paint night on Thursday night, or come and see a performance by a local dancer…I think that ability to present different art forms and bring in different commissions in the Black community is really what will make this space magical,” says Executive Director Alica Hall, sharing the vibrant life she visualizes as she walks around the dusty construction site. 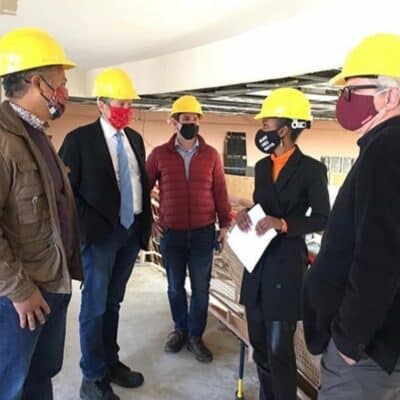 The building at the corner of Oakwood and Vaughan has been a lot of different things. It was a bowling alley, a club, and most recently a public health facility. Construction began in October, and while the pandemic brought certain challenges, transformation is slowly but surely happening: the interior has been gutted, the basement has been excavated, and the walls have been torn down. While the site is a mess, with piles of dirt and ripped up ceiling on the floor, Alica can practically hear the music and the laughter that will fill the space in the future.

“I’m affirmed in the need for a destination that exists outside of the shortest and coldest month of the year where people can go and learn about Black theatre and films, and where young people can come in for movie nights and wellness programs and that we can also harness the beauty of the diverse cultures within the Black community,” says Alica, who understands the powerful effect that art can have on transforming individuals and communities. “Art can give us words when we don’t have the ability to articulate what’s happened to us. Art is such an important tool to help us understand ourselves; artists are really amazing as translators of the human experience.” 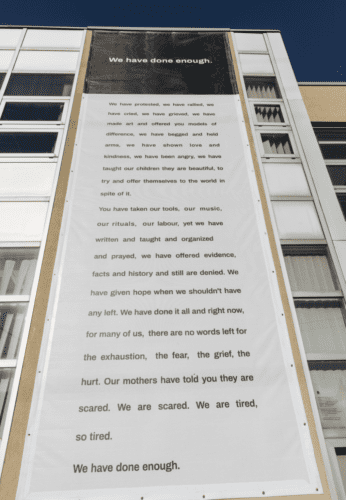 Anique Jordan’s ‘We Have Done Enough’, photo by Nabil Shash.

The opening of the Nia Centre will likely not happen until winter 2022, but the art is well underway, and lives far beyond the walls of 524 Oakwood. For one, the exterior of the building already has an enormous piece by award-winning artist Anique Jordan that anyone walking or driving by can see.

“We Have Done Enough is a 21-foot love letter to the Black community that highlights all the ways in which Black folks have contributed to helping non-Black folk understand our experiences and our struggles,” explains Alica. I didn’t spot Jordan’s striking piece from the side of the road but on Nia’s social media accounts, which have been actively sharing Black artist stories long before the first shovel hit the ground. But there’s more. 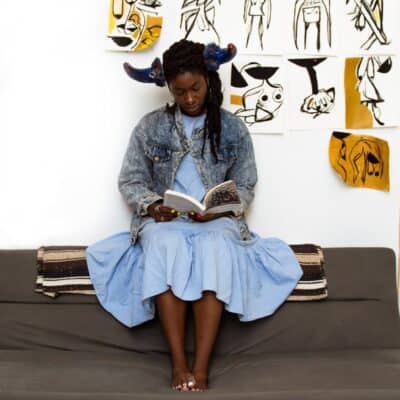 Last month Nia Centre unveiled Here Again, At The Crossroads, a major large-scale public exhibition in partnership with UNION and sponsored by TD. The exhibit includes three powerful and emotionally riveting installations at Union Station featuring artists Andre D. Wagner, Jayda Marley, and Jordan Sook, who explore what it means to be at a literal and proverbial “crossroads.” 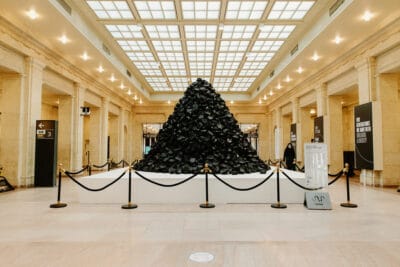 Thank You For Keeping Us On Track pays tribute to the Black Canadian porters who formed the fist Black Railway Union in North America (1917).

“This exhibit isn’t going to provide answers, but rather it poses questions, and encourages people to think about where we are as a society, to reflect on their role in racial injustice,” says Alica, who curated the exhibit, which can be experienced online and at Union Station until May 31st. 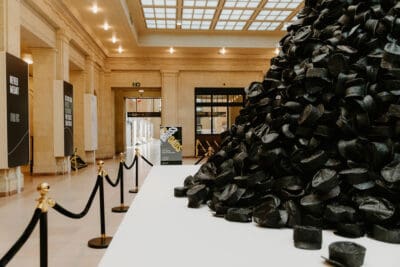 For Alica, supporting Black artists and making art accessible to the Black community is at the heart of what Nia Centre is all about, and that can look a lot of different ways. Since the pandemic hit, a priority has been to help artists adjust to the pressures of the pandemic, be it through purchasing equipment so they can work from home effectively, helping artists adapt their website so they can sell their work online, professional development, or mentorship. 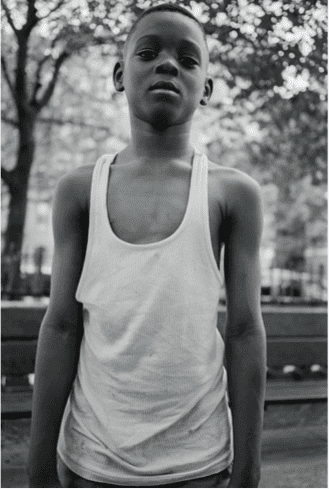 Photo by Andre D. Wagner, part of Here Again, At The Crossroads exhibit, at Union Station

Alica is already succeeding at doing what she has set out to do, and the potential of what is yet to come is a beautiful vision, brimming with life, possibility, and promise. But to see the vision truly come alive, they need the support of others, and are currently trying to reach their funding goal of raising $400,000 within ninety days.

We’ve been following the story of Nia for over a year, but the story is just beginning.“What’s amazing is when we tell people we are building the centre in that neighbourhood [Little Jamaica] they already have a memory or association with the community that is there. They used to come there to get their haircut, to get their groceries, or they used to live in the neighbourhood—it really was the epicentre of Black culture. I think it’s really important that the centre exists in this neighbourhood to build on the legacy that was started. To be able to have a space that will exist in years to come is really important.” 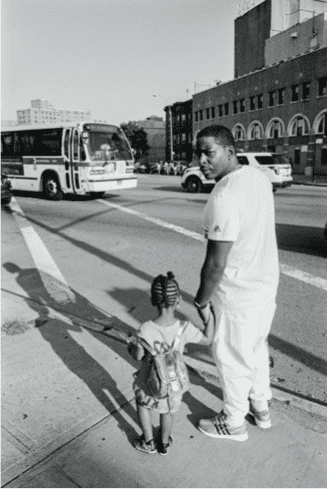 Photo by Andre D. Wagner, part of Here Again, At The Crossroads exhibit at Union Station

New Podcast Examines Addiction and Recovery in the Black Community