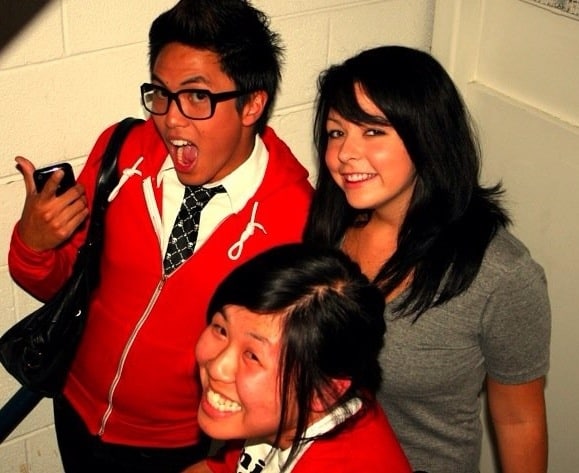 "Since I can remember, I have always wondered if the way I felt about sex was normal. Being molested at a young age puts a stigma on everything you do."

No Sex Before Marriage: The College Years

In all of my 23 years on this earth, I have been fortunate enough to meet many kind-hearted, non-perverted and completely normal men. I just wasn’t fortunate enough to date any of them during high school. Naturally, when my best friend and I were both accepted to schools in Toronto, we both assumed the guys there would be mature, witty and exactly like Paul Rudd in Clueless. At the very least, there would be more selection than the small Catholic high school I attended could provide.

In actuality, many of the guys I met were the same guys I knew in high school, only now, there was cheesy facial hair involved. That’s not to say that these guys didn’t make great friends, but if I couldn’t see myself being with them forever, I didn’t bother pursuing a relationship. I realize that’s probably a ridiculous thought for an 18-year-old to have, but the practical side of me has always thought the dating process is unnecessarily messy and inconvenient.

I also feel like I should tell you that I was sexually abused. It happened when I entered daycare as a three-year-old, and unlike Dr. Phil would have you believe, I’m still a normal, happy and relatively well-adjusted woman. I have only my parents and amazingly supportive family to thank for that. But, since I can remember, I have always wondered if the way I felt about sex was normal. Being molested at a young age puts a stigma on everything you do. Whether I acted promiscuous or like a prude, I always wondered if the feelings were somehow because of the abuse.

And because I was so inexperienced, sexually and otherwise, I was also nervous about how I would feel once I finally landed in a long-term relationship. Would I end up acting weird and standoffish, or jealous and obsessive? The answer is both. And the man who is now my fiancée (fiancée, it feels weird and pretentious to even write that word) allows me to feel all of those things. Because of him, I’ve learned that it’s normal to feel whatever I’m feeling because sometimes you act like a crazy person when you love someone, and make a collage of magazine clippings to show him how you feel. Instead, it will look like a ransom note.

Even though Alex and I met for the first time when we were sixteen, we lost touch until we ran into each other at a concert during the summer, three years later. When he invited me to come to a party at his house, I pulled my car over twice on the way there to dry heave. Obviously, I liked him a lot. From that night, we were pretty much inseparable. Even though I had to go back to school in the fall, he visited me every single weekend. And I’m not just exaggerating. For two years, he drove an hour to the city every Friday, and an hour back home on Sundays, even though I usually worked all day Saturday.

After we had been dating a couple of months, we finally had “the talk.” We went to high school together, so he had heard the rumours about me and wanted to know if they were true. When I told him that I was, in fact, still abstaining, he replied with a simple, “Okay.”

But, in case you’re wondering, abstaining in a four-year relationship has been far from simple. More on that later.