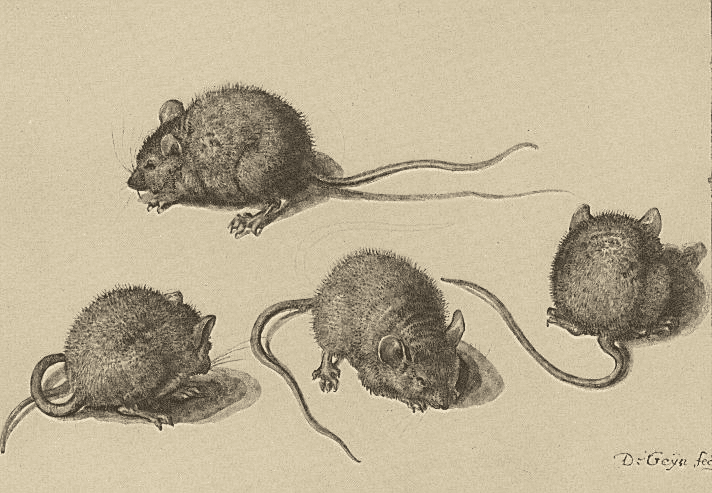 How a (Non-Disney) Mouse Taught Erica to Stop Being Nice

I talk a big game about not caring what others think of me. But for all my attempts to seem smart and witty, I mostly just want people to think I’m a nice person. Not just people. Animals too, since a lifetime of kids’ movies convinced me that animals talk amongst themselves. And in true Pixar-style, it took a small rodent to teach me the merits of not being so goddamn nice all the time.

I would sometimes see mice in my old apartment. I managed to catch the first mouse MacGyver-style: I captured it under a large glass, slipped a piece of cardboard underneath to trap it, put it in a box and set it free at Jarry Park.

The second time I tried to catch a mouse using the same technique, it didn’t work out as well. I accidentally caught the mouse’s tail. It responded by biting me in the thumb. I responded with total panic when the nurse at the end of my local health hotline told me I had to go to the emergency room because I might’ve contracted rabies. Shit got, momentarily, very real.

Luckily I was fine. I didn’t need any treatment for rabies but I did get a shot and some heavy-duty antibiotics that gave me severe stomach cramping and diarrhea for a week.

The local health hotline lady, knowing I’d kept the mouse in a small container post-bite, had also told me that I could bring it into any veterinarian office’s to have it tested for various diseases. I found a clinic that agreed to do so and was charged about $50.00 for this service. I was told it would take about a week for the tests to be done, so I was pretty surprised when they called me less than 48 hours later to tell me they couldn’t get me the results.

Trying to figure out why was like pulling teeth. The secretary refused to elaborate. She refused to give me (even a partial) refund. She finally gave me the name of the lab she’d sent the mouse to. Someone at that lab explained that the clinic had made a mistake—that lab did no such testing.

Possibly sensing the exasperation in my voice, the empathetic lab tech told me I should file a complaint with the veterinary board of Quebec.  “It’s not about the money,” she said, “it’s the principle of it. This wasn’t your mistake.”

Being nice in this instance seemed like complete bullshit. I didn’t care what the clinic thought of me or if the rude secretary got in trouble or if I’d have to go to veterinarians’ court, if that was a thing. I didn’t care what anyone said because fuck it, I could’ve gotten rabies and there I was, doubled over in pain and sobbing from the antibiotics when I wasn’t running to the bathroom to shit out whatever’s left in your bowels when all the poop is already gone.

So I filed an eloquent, detailed, righteously indignant complaint. And sure enough, an arbitrator contacted me, told me the clinic was wrong, apologized on their behalf, got me my money back.

More importantly, they reinstilled my faith that good things can happen when you stop being polite and start speaking up, because there’s a time to be nice, a time to get mad, and a time to rat people out.

Tags: Advice, Being Assertive, Speak Up, Stop Being Polite