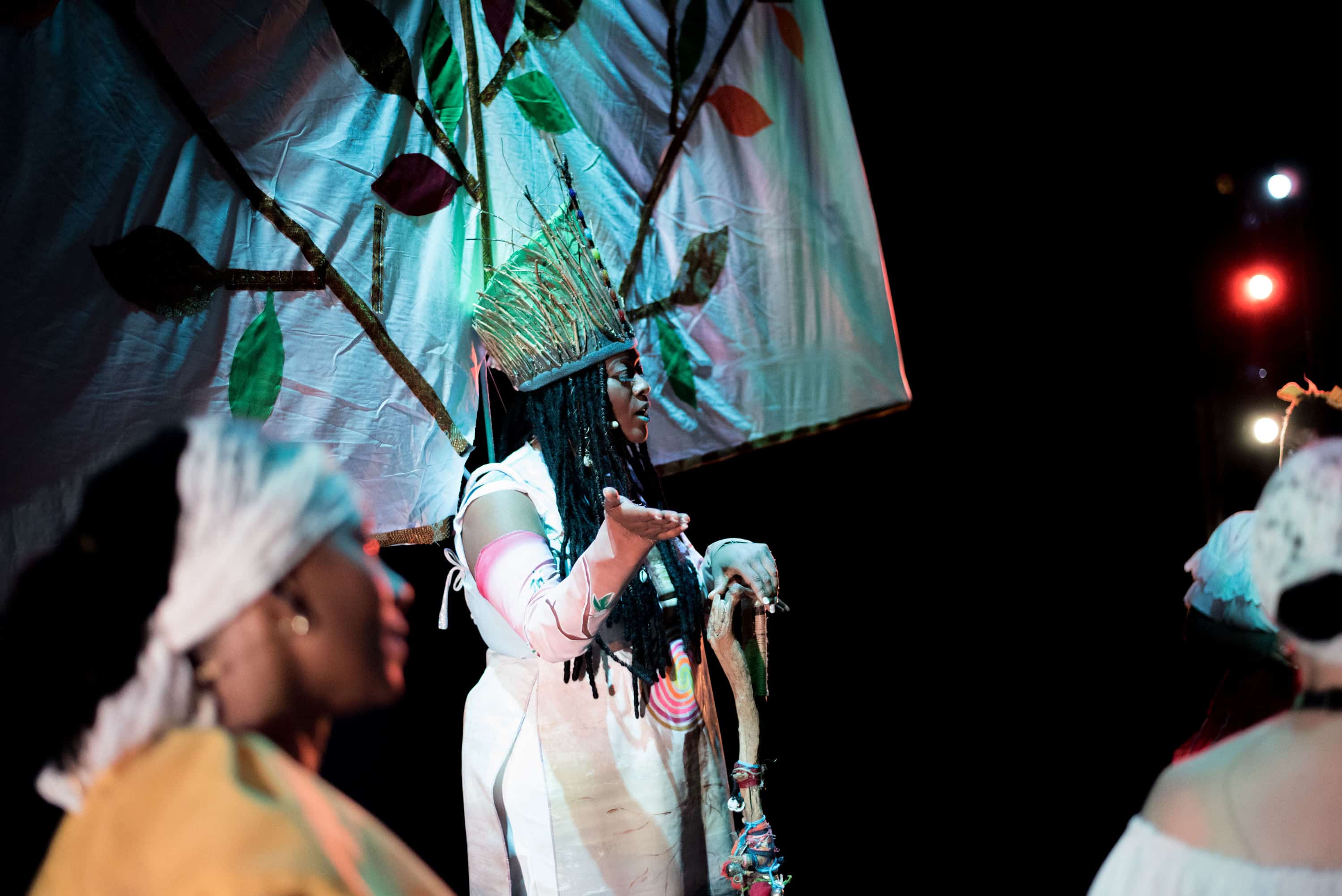 Obeah Opera: The Salem Witch Trials Through the Eyes of a Young Black Slave Woman

At this year’s Luminato, Nicole Brooks’ Obeah Opera will tell the story of the legendary Salem witch trials through the perspective of the first woman accused, a young Black slave named Tituba. With an all-female cast, the opera spans spirituals, jazz, ska, Calypso, and traditional African and Caribbean folk to tell Tituba’s story.

Obeah Opera forces us to a reckoning point; it makes us step away from the hand-wringing over our own fates and alerts us to a far broader swath of voices, the voices of those who have much more at stake.

We asked Brooks about the opera this week.

SDTC: What exactly was Tituba’s story within the Salem witch trial context? How does her story play out on stage in Obeah Opera?

NB: Tituba’s story within the Salem witch trial context was most popularized in Arthur Miller’s The Crucible. She is documented as the first person accused and the catalyst of the hysteria; however, in Miller’s account, and throughout most historical documents or other popularized telling of the story, Tituba is barely mentioned, nor is she acknowledged at all. Her story is never recounted in full.

For most, the Salem witch trials was the plight of white women (and a handful of men) and excludes the fact that there were Black women in the town who were enslaved and were also a part of that history. They experienced the same horrible treatment as those white women. Obeah Opera actively and specifically tells the story of the most famous witch hunt in the Americas through the lens and vantage point of Tituba and a number of other slave women who lived in the town. Obeah Opera is a play that is entirely sung a capella with a cast of twenty phenomenal women.

Tituba’s perspective and storytelling throughout the piece is a fascinating one—a different kind of slave narrative, that is deeply rooted in revolution and female empowerment, something that is not usually associated with a Black woman, especially one who lived in Salem in 1692. The story is told over a century prior to the 1800s, when most people think of slavery in the Americas. 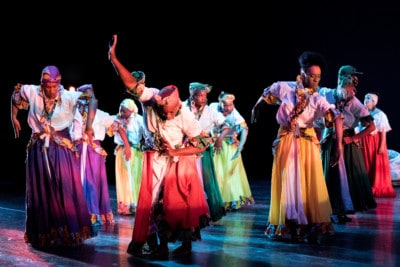 What did you uncover in your research about Obeah that particularly surprised you?

I remember being astonished that in historical documents, Puritans cited the word Obeah, which immediately indicated to me, without a shadow of a doubt, the Caribbean presence in Salem. Obeah comes from the Caribbean and, in loose terms, means witchcraft. After discovering that, I was driven to confirm my hunch. I discovered in the actual trial documents that there were more Caribbean women in the town. Their testimonies were never mentioned and ignored. Most of the girls who “went crazy” in Salem were actually teenagers between the ages of fifteen and nineteen, with the exception of Abigail and Betty, who were younger. This got me thinking about the theories around their behaviour. I was astonished that no one thought perhaps these girls were acting out as teenagers do in ways to find themselves or seek attention.

In regards to researching the word Obeah, there was nothing surprising for me really. Obeah is a word that carries negative connotations, so most of the research online and otherwise reflects this thought or ideology. This of course is deeply rooted during the time of enslavement, when stolen Africans and other Black people were taught to hate and dismiss anything of their indigenous practices. If they were caught practicing, they were put to death. This conditioning is still alive and well in our present day and is deeply rooted in the DNA of Black people in the Americas.

In Obeah Opera, the word Obeah is embraced as a positive term linked with the healing arts, natural medicinal knowledge, women’s power, the state and condition of being a wise woman. My research tended to rely on oral traditions, seeking knowledge directly from practitioners and those who have knowledge of African spiritual practices in the diaspora, aiding in my quest to remove the negative stigma on the word Obeah and reclaim it as a powerful word that came from our foremothers’ and forefathers’ history and spiritual practices prior to colonization and Christianity.

What’s new in this iteration of the opera for Luminato?

I am thrilled to be a part of the prestigious Luminato festival. The festival has afforded me to really take this work to the next level in so many facets, ultimately making it ready for the play’s inevitable national and international tour (yes, I am claiming it!).

So happy to share what is new in this iteration – in short:

So those who have experienced the show in the past may say to themselves that they have already seen the work and therefore [there is] no need to see it again, I am here to tell you, you have not seen this show. It is unlike any other: It is bigger, better and finally being told in the way that the creator of the work has envisioned it to be told. 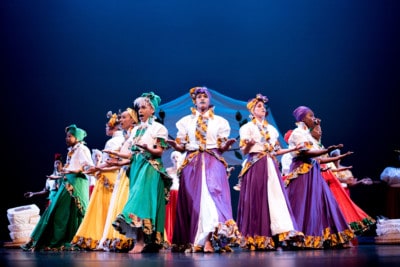 What do you want audiences to take away from this experience?

1/ Be prepared and open to hear the story of the Salem witch trials through the fascinating perspective of the female slaves who lived in the town, and enjoy this journey through their eyes.

2/ Bask in the Caribbean experience through the Orishas and Carnival Arts with music, dance, theatre, costume and sets.

3/ Embrace female empowerment and sexuality, and enjoy it in all its beauty and glory.

4/ Even though the story of Obeah Opera explores the plight of those enslaved, the Black experience goes beyond slavery. During this period of recounted history, there were Blacks who were known as freewomen or freemen and enslaved Africans who fought relentlessly for freedom through revolution.

5/ The word Obeah need not be feared nor associated with negativity. The goal is to claim back the power of Obeah and honour the Ancestors and their practices.

Special Tour of ‘The Way She Looks’ @ Ryerson Image Centre